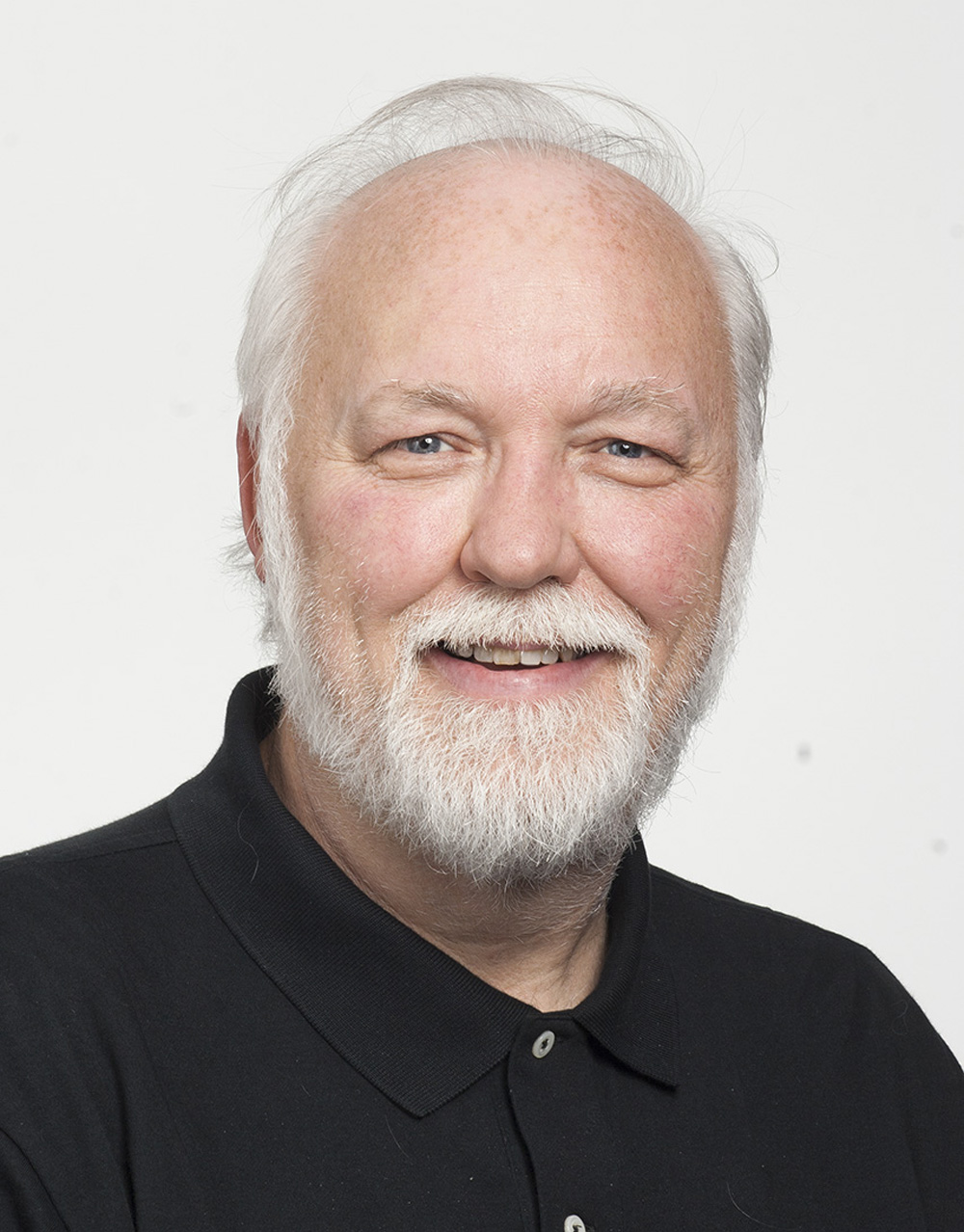 Kenneth Jackson has been named a Systems Integration Manager in the New York City office of Parsons Brinckerhoff.
In his new position, Mr. Jackson is responsible for managing testing and systems integration for the Second Avenue Subway project, including the computer network, fire alarms, HVAC and BMS systems, and control center software, as well as train control, signals and various communication systems, including radios, telephone, intercoms, CCTV, public address system, and information signage.

Mr. Jackson is a project manager and senior systems engineer and integrator with more than 25 years of experience providing design, construction and project management services for electrical, communications, and computer systems for railroad and vehicle transportation organizations as well as commercial and industrial projects.
Prior to joining Parsons Brinckerhoff, he was a System Project Engineer with a New York engineering firm, serving as systems integrator for the East Side Access project on behalf of the New York Metropolitan Transportation Authority.
Mr. Jackson received a bachelor of science degree in computer science from Pace University. He is a member of the Project Management Institute and Construction Management Association of America.
•••
Ronald L. Birkelbach has been named a Vice President at Parsons Brinckerhoff, a global infrastructure strategic consulting, engineering, and program/construction management organization.
In his new position, Mr. Birkelbach will lead the company’s systems group in the Northeast region, which provides comprehensive engineering services for rail and transit systems projects. He will be based in the Newark, New Jersey office.
Mr. Birkelbach has over 25 years of experience in rail industry engineering. He has managed design, construction, and commissioning of major rail systems projects worldwide involving signaling, train control, systems integration, commissioning, and systems engineering.

Prior to joining Parsons Brinckerhoff, he was Director, Signaling & Train Control / Construction & Commissioning for the U.S. operation of an international rail engineering organization. He previously was a co-owner of Kennebec, Inc., a transportation consulting firm, serving as principal software and transportation engineer.
Mr. Birkelbach earned a bachelor of science degree in physics from Texas State University. His professional affiliations include IEEE and the INCOSE Transportation Working Group.
•••
Yazeed Khayyat has been named a Design Manager in the Lawrenceville, New Jersey office of Parsons Brinckerhoff, a global infrastructure strategic consulting, engineering, and program/construction management organization.
In his new position, Mr. Khayyat will provide oversight for systems engineering projects on behalf of the Washington Metropolitan Area Transit Authority (WMATA). Parsons Brinckerhoff is serving as Program Manager for WMATA’s $5 billion, six-year capital improvement program.
Mr. Khayyat has over 28 years of experience managing multidisciplinary engineering programs for the transit industry. His areas of expertise include bus rapid transit development, railroad signaling, safety audits, traction power design, and communications systems. He most recently served as a Principal with Lawrence Engineering and Consulting. From 2000 to 2009 he was a Senior Supervising Engineer at Parsons Brinckerhoff. Previously, he held a variety of management positions with the Chicago Transit Authority.
Mr. Khayyat received a master’s degree in project management from the Keller Graduate School of Management of DeVry University in Chicago and a B.S.E.E. from Valparaiso University in Indiana. He is a registered professional engineer in New Jersey, Maryland, and Tennessee.
•••
The Spector Group announced the appointment of five new team members:
Bryan Richter rejoins Spector as a Senior Designer, while Juliet Healy and Assunto Cosentino join as Project Architects, Jennifer Bickford as a Designer, and Sara Rezaeian as junior Architect. All five will report directly to Marc Spector, AIA, NCARB, a principal at the company.

•Bryan Richter, SD, 41, re-joins Spector as a Senior Designer, designing and developing projects with Spector Group. In his previous tenure with Spector Group, Richter was an integral part of the U.S. Courthouse and Federal Building project team in Central Islip, NY, and the BMW Greenwich, Connecticut project team. Richter has 17 years of experience and received a Bachelor of Architecture from the New York Institute of Technology. He is a two time recipient of the A.I.A Architectural Achievement Award.
•Assunto Cosentino, 53, is a Project Architect, responsible for project administration and preparation of construction documents. She holds a Bachelor of Architecture from the New York Institute of Technology. Previously, Cosentino held project architect and production manager responsibilities on projects involving interior renovations, masonry restorations, window replacement, roofing replacements and energy performance projects for several New York public school districts.
•Juliet Healy, 44, joins Spector Group as a Project Architect, working on administration and overseeing construction documentation on projects in Long Island and Manhattan. Healy, who holds a Bachelor of Architecture from the New York Institute of Technology, has 17 years of experience. She has worked on projects for commercial, residential, healthcare and retail clients.
•Sara Rezaeian, 27, is a Junior Architect, who will assist in the development of projects from schematic design to the creation of construction documents. Currently assigned to projects on Long Island, Rezaeian holds a Masters in Sustainable Large Scale Architecture and Urban Design from Politecnico di Milano, Piacenza, Italy.
•Jennifer Bickford, 26, joins Spector as a Designer, responsible for fitting studies through to final design layout, furniture layouts and selection and finish selection. Bickford is a LEED Green Associate and was a finalist in the Innovation in Design (IDAs) awards from HC&G magazine. She graduated magna cum laude from the Savannah College of Art and Design with a BFA of Fine Arts, Interior Design.
•••
Thornton Tomasetti announced that Andrew Goldbaum, CPA, has joined the company as chief financial officer. Goldbaum has more than 25 years of global financial, strategic and operational leadership experience. His expertise includes financial planning and analysis, mergers and acquisitions, and operational improvements and strategic planning for multinational businesses. He will be based in Thornton Tomasetti’s New York office.
At Thornton Tomasetti, Goldbaum will be charged with the financial management of the firm, and will oversee its human resources operations.
Goldbaum was most recently chief financial officer and chief operations officer at Mercer Inc. – Talent Business, a multi-national consulting business based in New York. There, he led the finance, strategy and operations functions.
He holds a bachelor’s degree in accounting from the State University of New York at Albany, and is a Certified Public Accountant (CPA) in New York. Goldbaum is a member of the American Institute of CPAs, the New York State Society of CPAs, Financial Executives International, the Executive Forum and the CFO Leadership Group.
•••
Raymond Kenny has been named Senior Manager for Special Projects in the Transit & Rail Technical Excellence Center of Parsons Brinckerhoff.
In his new position, Mr. Kenny is responsible for providing leadership, direction, and management of all facets of railroad and transit operations and planning projects. In addition, he will play a prominent role in the planning, development, and implementation of large, complex railroad and transit projects. He will work in Parsons Brinckerhoff’s New York City office.
Mr. Kenny comes to Parsons Brinckerhoff after a 40-year career with MTA-Long Island Rail Road (LIRR). He most recently served as Senior Vice President – Transportation and Facilities Planning, responsible for MTA Capital Construction’s efforts on the East Side Access project. From September 2006 to June 2007 he served as acting President of the LIRR. In addition, he also held senior management positions including Senior Vice President – Operations and Chief Transportation Officer.
Mr. Kenny received a master of arts degree in government from St. John’s University, a master of arts in psychology from Adelphi University, and a bachelor of business administration degree from Adelphi University. He is a member of the American Society for Public Administration and the International Association of Emergency Managers.
•••
Rockwell Group announced the appointment of Gonzalo Bustamante, who joins the firm as a Studio Leader. Bustamante, who previously worked at Rockwell Group from 1996 to 2003, will oversee a wide range of hospitality projects.
Bustamante brings more than 20 years of hospitality experience to Rockwell Group. During his initial tenure at the firm, Bustamante was a lead designer on the Dolby Theater (Los Angeles); the expansion of the Mohegan Sun Casino; the renovation of Emeril’s New Orleans; and Sushi Samba (Chicago). He later joined Jeffrey Beers International as a team leader designing projects for widely respected clients such as London Clubs International, Planet Hollywood, and Kerzner International.

In 2005 he co-founded Seed Design Studio with Vincent Celano in New York. For almost a decade, their firm cultivated a highly talented team that designed award-winning spaces such as LIV Nightclub (Miami Beach), a pool bar at Swan and Dolphin Resort (Orlando), Mercadito restaurants (Chicago and Miami), China Poblano at The Cosmopolitan of Las Vegas, and Social House at CityCenter Las Vegas.
The Chilean-born Bustamante received his Bachelor of Architecture degree from Pratt Institute. His work has been honored and recognized by numerous organizations. Bustamante currently serves on the Student Advisory Board of the Fashion Institute of Technology.
•••
IF Studio announced that Kristin Simmons has joined its team as Project Director.
Simmons will be playing an integral role in the day-to-day operations of the award-winning creative studio supporting accounts and facilitating the company’s trademark creative processes. IF Studio’s impressive client roster includes iconic Manhattan properties 250 West Street, 15 Union Square West and 93Worth and storied developers and hospitality firms such as: Anbau, Brack Capital, Elad Group, Glenwood, IGI-USA, and the Naftali Group.

Prior to joining IF Studio, Simmons was Project Director at DBOX where she managed accounts for real estate and luxury brands. Simmons has held similar positions previously at BBDO and Larkspur and Hawk. Simmons has a Bachelor of Arts from Columbia University in Visual Arts and Art History and is pursuing a continuing education degree in Graphic Design at The New School.