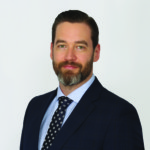 In his new position, Smith will draw upon 15 years of experience to help grow Stribling’s footprint in Long Island City. In addition to consulting with developers and handling resale transactions,hewill co-author a series of market reports focusing on LIC’s emerging luxury market.
Smith has tracked Long Island City data for the past 11 years, and created his own proprietary market report. Over the course of his career, he has led teams that sold more than 200 condominiums in Long Island City, and leased three major buildings in Manhattan consisting of 1,200 units.
Smith received a Master of Science in Real Estate Development from New York University and a Bachelor of Arts in Urban Studies from Queens College and is a LEED Accredited Professional.

Douglas Elliman announced that  Tamir Shemesh, along with his seven-person team ofagents, has returned to the brokerage.
Shemesh has been ranked in the top 1 percent of agents in the industry since 2003 and consistently placed in the top 10 at Douglas Elliman until his departure in 2011.

He first entered real estate in 1998 while studying at New York University’s Stern School of Business, where he graduated summa cum laude with degrees in finance and information systems. During his real estate career, he has closed more than 3,000 transactions; totaling almost $2 billion in sales. He will continue working in new development with his team of new development specialists Patty Lehan, Marie-Camille Negrin and Indira Manfredi.
For the past six years Shemesh has been an Associate Broker at The Corcoran Group where he has earned spots on The Wall Street Journal’s Real Estate Top 100. He has sold property in landmark buildings including 15 Central Park West, 995 Fifth Avenue, the Greenwich Lane and the Time Warner Center, to name a few.

Stribling & Associates announced that real estate agent Ginger Shukrun has joined the firm along with her three-person team.
Shukrun brings 15 years of experience to Stribling, specializing in high-end sales on the Upper East Side as well as condo and co-op apartments across Manhattan, Brooklyn, and New Jersey.
Among her most notable transactions was the 2016 sale of television commentator Keith Olbermann’s apartment in Trump Palace.
Shukrun started her real estate career with Trump Sales and Leasing before moving to Sotheby’s International and later, Town residential. Most recently, she led the Ginger Shukrun Team at Compass which includes Gretchen Hardey, Brett Frank, and Irina Karapici – all of whom are joining Stribling’s Chelsea location at 340 West 23rd Street.
Shukrun is a New York area native who majored in Fine Arts at The School of Visual Arts in Manhattan and studied Real Estate at New York University.
•••
Stribling & Associates announced that Gina Castellano has been named Brooklyn Director of Sales.
Formerly an agent with Stribling for nearly three years, Gina brings a decade of real estate experience working throughout Brooklyn.
Stribling’s Brooklyn brokerage launched in 2013 with the opening of the Boerum Hill Office. Catherine Witherwax, the previous Brooklyn Sales Manager, decided to step down to return to her roots as an agent and will remain with Stribling at the Chelsea office.
In her new role, Castellano – a Brooklyn native – will oversee 29 agents as well as day-to-day operations in Brooklyn.
Before joining Stribling, Castellano worked prominent New York real estate agencies. Prior to that, she worked in the film and television industry for 15 years.
Castellano attended both Hunter College and Rutgers University, and currently lives with her family in Park Slope.
•••
TOWN Residential announced that industry veteran Joe Cruz and the Cruz Group has joined the firm’s Brooklyn Heights office located at 195 Montague Street. Under Joe’s leadership, the team — which includes his sister Joselyn Aviles and agents Allen Lyons, Gillian Mckenzie and Edwin Ega — has completed over 4,000 rental transactions throughout Brooklyn.

A Brooklyn native, Cruz founded Urban Realty in 2008 and grew the firm to two offices with a portfolio of luxury listings and rental developments. Earlier, he was an agent with Urban Pioneer Realty, which spun off into Urban Realty in 2008.
Cruz has represented numerous new developments throughout Brooklyn, including 278 6th Street (63 units), 574 4th Avenue (81 units), 459 Bay Ridge Avenue (21 units), and 426 4th Avenue (19 units); as well as Coney Island’s soon-to-be launched 58-unit luxury rental building located at 2858 Stillwell Avenue.
•••
Mirador Real Estate has hired Alexis Bogen as Leasing Manager for Lower Manhattan,.
Bogen joins the firm with 16 years of real estate experience — 10 as an agent and seven as a broker/manager.
She formerly worked as an agent at Corcoran and was the managing director for Metropolitan Property Group. Other stints include being a managing director at EXIT Realty Landmark.
She attended Brooklyn College, earning a degree in Sociology, concentrating in Urban Planning and Development
Angela Buglisi has been named Luxury Market Manager, responsible for working with agents to build corporate relocation relationships as well as buyer and seller relationships to increase Mirador’s presence in luxury sales.
Buglisi comes to the firm with 14 years of real estate experience with previous stints as an Associate Broker at Corcoran, then Referral Director on their relocation team, and as Director of Relocation at Compass.
She has a BA in Politics from NYU.
•••
Emily Cunha has joined Laffey Real Estate – Brookville as a licensed real estate salesperson.
Cunha was formerly with Weichert-The Family Tree Group in Mineola for one year as a salesperson.
•••
Triplemint announced that nine veteran agents have joined the NYC-based real estate tech startup.
These agents include Boris Sharapan Fabrikant, Collin Bond, Sarah Bhagwansingh and Maurice
Mizrahi from the Sharapan Fabrikant Team at Douglas Elliman; Lawrence Lee, Andrew Feldman, GieFaan Kim, and Maria Perry from Keller Williams; and Julie Gans from the Corcoran Group.
Boris Sharapan Fabrikant, founder of the Sharapan Fabrikant Team, joins Triplemint from Douglas Elliman, bringing with him senior agent Collin Bond and team members Maurice Mizrahi and Sarah Bhagwansingh.
Lawrence Lee, a founding member of Keller Williams NYC, has overseen some of Manhattan’s largest real estate transactions as part of a nationally-ranked, top-producing team, completing over $2 billion in transactions. Landmark deals includesales at the Time Warner Center, 211 East 51st, and several notable penthouses across the city.
Another founding member of Keller Williams NYC, GieFaan Kim is making the move to Triplemint after climbing the ranks of the real estate industry.
Formerly the Managing Director of the Bracha Group at KWNYC, he served on the company’s Board of Directors from 2013 to 2015.
GieFaan is making the transition alongside his Ampersand Team business partner Andrew Feldman.
The Ampersand Team will specialize in commercial and investment property sales and leasing, new construction assets, and residential resale and rental transactions.
In addition to GieFaan and Andrew, the team will include experienced real estate professional Maria Perry.
Julie Gans was a 2016 Corcoran Multimillion Dollar Club Member. She hopes to leverage this achievement into continued success at Triplemint.
•••
SPIRE Group Inc. announced that Bianka Yankov, co-founder of SPIRE Group, has taken the reins as CEO.

Yankov has over a decade of New York City real estate industry experience and has already assembled a team of advisers and mapped out a vision of how to take the 100 percent commision firm to the next level.
In addition, Yankov’s former business partner Kevin Kurland, has sold his shares in the company and has transitioned to selling luxury real estate.
SPIRE launched in 2011 with less than 20 agents and has since grown to an army of 150 agents closing thousands of deals per year.
•••
Charles Rutenberg Realty, Inc. has welcomed seven new salespeople and associate brokers to its Plainview team.
Janet Scanell, formerly with Realty Connect in Woodbury, has joined the firm as an Associate Brokers.
The new licensed salespeople are:
Melanie Young, who prepared for licensing with LISORE Inc. Real Estate School;
Patricia Patten, previously with the National Real Estate Referral Group;
Francine Wood formerly with Vaughan Realty LLC;
Nayit Benavides, formerly with Weichert Realtors Quality Homes;
Anton Robinson, formerly with MR Imperial Real Estate and;
Daiszeine “Maria” Stoute, formerly with JD Morrison Realty Corp.