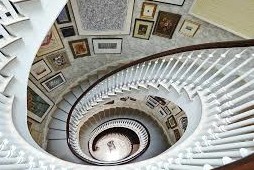 For the first time in its 45-year history, the Kips Bay Decorator Show House, hosted by the Kips Bay Boys & Girls Club, has extended its run of show to last until June 6.
Visitors can also see the show at a discounted rate of $30 on June 6.

“We are thrilled to announce that for the first time ever, the 2017 Kips Bay Decorator Show House will extend its run for five additional days to accommodate the high demand of those interested in seeing this year’s beautiful designs,” said Show House chair and celebrated interior designer Bunny Williams.
“By adding five days to the show house run, we look forward to welcoming more guests to experience what we believe is one of our most stunning houses to date.”
Eighteen of the nation’s top interior designers worked for six weeks to design their spaces.
The Committee made the unprecedented decision to extend the dates of the Decorator Show House to reach more visitors, allowing them to see this year’s spaces and to continue to raise the funds that support the Kips Bay Boys & Girls Club.

BROKER Joshua Garay, principal, Garay Real Estate, is pledging a portion of all buyer and seller commission proceeds to the Multiple Sclerosis Society.
The pledge is in honor of his late mother, Carole Garay, and others suffering from Multiple Sclerosis.
MS is a disease in which the immune system attacks the protective sheath (myelin) that covers nerve fibers and causes communication problems between the brain and the rest of the body, with the disease eventually causing the nerves themselves to deteriorate or become permanently damaged.

“While there have been large social media campaigns for other neurological diseases, there has not been as much viral publicly targeted toward MS,” said Garay, noting that celebrities such as Jack Osbourne and actress Jamie Lynn Sigler are MS patients.
“While treatment for MS is improving, we still need to raise awareness for the disease.”
When Garay’s mother was diagnosed with MS 45 years ago, treatments were very poor. Her condition, primary progressive MS, caused a rapid deterioration of the myelin sheath and led to her condition worsening very quickly. She suffered from many physical ailments and cognitive disabilities, including dementia for the last 15 years of her life.