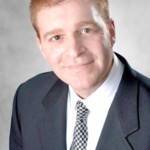 Tapper was previously with Eastern Consolidated for 14 years and became a principal of the firm in 2015.

Among his notable transactions, Tapper brokered the $90 million sale of 37 Flatbush Avenue, a 230,000 s/f property in downtown Brooklyn, and represented the Lee Estate in achieving benchmark pricing of $107 million for its 19-building portfolio of mixed-use buildings.

Tapper has experience in every asset class from multifamily and mixed-use buildings, to development sites, and single-tenant net leased retail and medical office. He works with the complete range of investors; from the institutional and nonprofit, to publicly traded and private family investors.

While at Eastern Consolidated, he was selected to exclusively represent the Ackerman Institute for the Family and led his team to achieve record pricing on the development site.

His team also identified and negotiated the acquisition of Ackerman’s new location in Madison Square Park.

JLL has hired Sam Seiler as a managing director with the firm’s brokerage operations in New York.

He will be responsible for new business development, agency leasing and tenant representation services throughout Manhattan and the outer boroughs of New York City.

Seiler has more than 14 years of experience in New York commercial real estate, specializing in advising building owners and tenants in the Midtown and Midtown South submarkets.

He has represented a diverse mix of occupiers ranging from top financial services firms and law firms within the high-end Midtown office market to technology and media firms throughout Midtown South.

Seiler has completed more than 10 million square feet in transactions for building owners and tenants in New York.

Prior to joining JLL, he served as a senior vice president with CBRE, where he was recognized as a top producer year since 2008. He began his career in real estate in 2004 as an associate with Cushman & Wakefield.

Christy Hill has joined PGIM Real Estate as a managing director and head of Americas Asset Management to lead and implement the company’s asset management strategy for investments in the United States and Latin America. 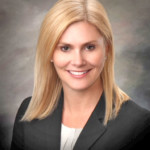 Hill will report to Cathy Marcus, global chief operating officer and head of the United States at PGIM Real Estate.

She is also a new member of the U.S. Management Council and Americas Executive Council and will join the U.S. and Latin America Investment Committees effective January 1, 2019.

Hill brings more than 20 years of real estate investment management experience, including asset management and portfolio management responsibilities across all major property sectors and U.S. markets.
She joins from Clarion Partners, where she was most recently a managing director and assistant portfolio manager for the firm’s flagship core real estate fund.

SCG Retail, a division of The Shopping Center Group, continues to expand its tenant and landlord representation capabilities with the hiring of new people to support the growth of its New York business.
Casey Mancuso, a recent graduate of Florida State University, has joined the team to work on both landlord and tenant representation.

Mancuso was president of her school’s real estate program. She was a project coordinator at Madison Marquette, a DC based investor and developer of mixed-use developments. She also completed the real estate advisory training program at Azor Advisory Services.

John Walker got his start in real estate back in 2015 working for a New York landlord leasing nearly a half-a-million square feet of retail and office space in midtown Manhattan.

Walker will report directly to SCG’s senior broker Chase Welles, assisting him with such clients as Industry City and Whole Foods. 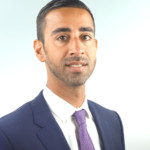 Prior to joining Heitman, Karamchandani was Senior Vice President of Acquisitions at Magellan Investment Partners, an affiliate of Magellan Development Group.

He has also held senior acquisition and asset management roles at TVO Capital, a subsidiary of TVO Groupe and Hudson Burnham Development Partners.

Karamchandani has an MBA and Bachelor’s degree from Emory University’s Goizueta Business School. 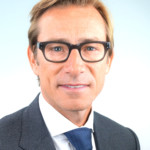 Prior to joining Heitman, Napier was Head of Intermediary and Third Party Distribution at Pzena Investment Management, Inc. and also held senior roles across several retail platforms including at OppenheimerFunds, Inc. and Invesco.

Napier has an MBA from Emory University’s Goizueta Business School and a Bachelor’s degree from The University of Texas at Austin. He holds a CIMA designation, as well as Series 7, 24, 63, 66 licenses.

Landsea Homes has hired Jill Preschel as its new Vice President of Sales and Marketing for the company’s Eastern Region.

Preschel joins the development firm from Greystone Development, where she served as Vice President of Marketing.

Prior to Greystone, Preschel served as the Senior Sales and Marketing Director at Alchemy Properties. I­­n this role, Preschel oversaw over $400 million in residential sales including the storied Woolworth Tower Residences.

Preschel got her start in real estate at Corcoran Sunshine Marketing Group. She received her Bachelor of Arts from Johns Hopkins University.

VTS announced the expansion of its leadership team with the hiring of Josh Evans as the company’s new Chief Revenue Officer (CRO). 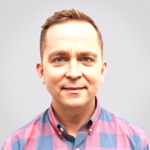 Evans brings nearly 20 years of sales and leadership experience to VTS. He was previously SVP of Sales and Business Development at Velocify, a cloud-based sales acceleration platform.

VTS co-founder Ryan Masiello and former CRO has taken over the role of Chief Strategy Officer (CSO), and is responsible for VTS’ international expansion and overall corporate strategy.

Janover LLC announced the appointment of Karen Koedding as Vice President of Operations. 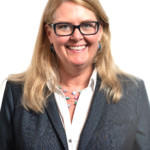 A CPA, she joins Janover with over 28 years of professional experience that has encompassed both public and private accounting, and as an entrepreneur running her own consulting firm.

She earned a BS in accounting from St Johns University.

Houlihan Lawrence’s Commercial Group announced that Kim Galton has joined the company as Director of Retail focused on the leasing, sale and development of retail properties.

Galton, who has 20 years of experience in the retail industry, was previously a commercial real estate salesperson for Princeton Realty Group. 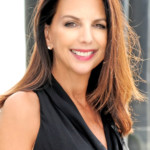 Throughout her career, she has held numerous management positions including general manager for Lord &Taylor, divisional merchandise manager for Bloomingdale’s flagship store, manager for Anne Klein New York, and vice president of merchandising for Donna Karan.

Galton is a graduate of Ithaca College where she earned a BA in economics. 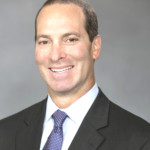 Marks Paneth LLP announced that Steve Brodsky, CPA, JD, LL.M, has joined the firm as a Director in the Real Estate Group.

Brodsky has over 20 years of experience in all aspects of REIT tax consulting, the filing of federal and state
returns and quality control issues. He has also represented real estate clients in tax controversies before federal and state taxing authorities.

Prior to joining Marks Paneth, he was a Tax Principal Berdon LLP. He practiced law for seven years prior to entering the public accounting field.

Beth Zafonte has 30 years of experience in the practice of Economic Development Incentives throughout the US representing a range of national and local developers, Fortune 500 corporations, and manufacturing concerns.

She represents both public and privately held companies, as well as institutions, in connection with location and real estate decisions specifically related to determining eligibility for, and the procurement of, economic development incentives and real estate financing. 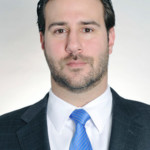 Savills Studley announced the appointment of Adam Petrillo as Head of the Industrial Services Group (ISG).
In this new role, Petrillo will spearhead the direction of ISG, a dedicated in-house team for advisory and transactions that impact supply chain, logistics, warehouse, distribution and manufacturing real estate in North America.