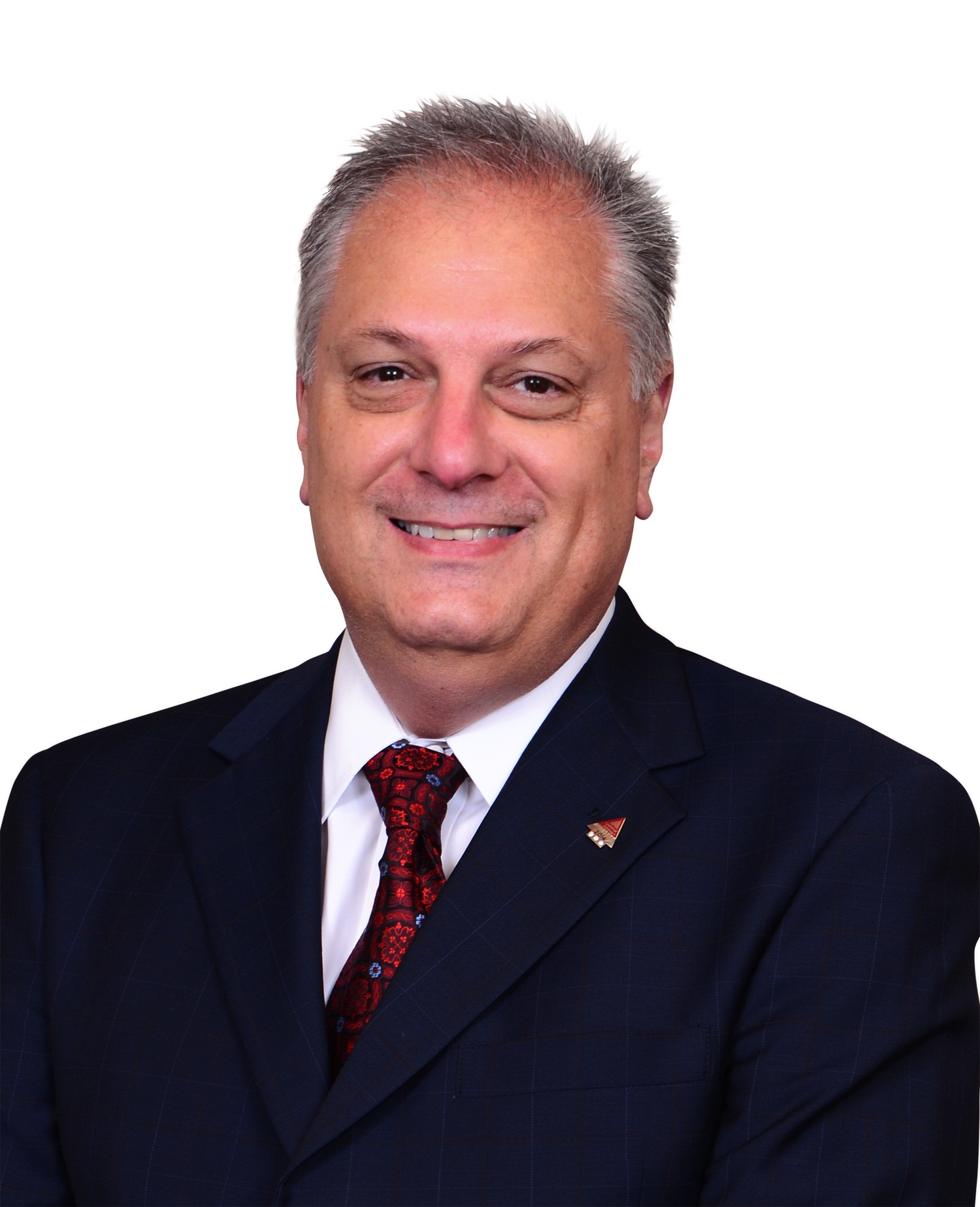 Wilson was the organization’s president-elect in 2013 and its vice president in 2012; he will become immediate past president in 2015. He will serve in 2014 as chair of the Appraisal Institute’s Executive Committee and will chair its policy-making Board of Directors.

Wilson has been involved in the real estate valuation profession for 35 years. He joined a predecessor organization of the Appraisal Institute in the early 1980s. He served as president of the North Texas Chapter of the Appraisal Institute in 2001 and began a three-year term as chair of the chapter’s Education Committee in 1995, and at the same time was elected to the chapter Board of Directors; he also served multiple years as a regional representative.

Coyle has been involved in the real estate valuation profession for more than 25 years. He served as president of the North Texas Chapter of the Appraisal Institute in 2000 and was a member of the Region VIII Committee for multiple years. He teaches AI qualifying and advanced education courses, and is certified by the Appraiser Qualifications Board of The Appraisal Foundation to teach the Uniform Standards of Professional Appraisal Practice.

Robinson has been involved in the real estate valuation profession for more than 25 years. He has been actively involved with the Appraisal Institute since joining as a candidate for SRA in 1987. He has served in all offices for the North Carolina Chapter and has been active at the regional and national levels since 1991. In 2007 he completed a four-year term on the national Board of Directors and was chair of Region V. Robinson has been chair of Residential Experience, chair of Residential Admissions and chair of the Admissions and Designations Qualifications Committee.

Borges has been involved in the real estate valuation profession for more than 35 years. He has been a Designated member of the Appraisal Institute since 1978, a member of the National and Indiana Associations of Realtors and the Jackson County Board of Realtors since 1974 and the Crossroads Board of Realtors since 1997. He has been a member of the Appraisal Institute faculty since 1989, and is an AI-approved instructor for more than 30 education courses and seminars.
•••
Handler Real Estate Organization has named 30-year real estate veteran Richard FarleyExecutive Vice President and Chief Operating Officer of its brokerage division, Handler Real Estate Services.

Reporting to Handler President and CEO Scott Galin, Farley will oversee the firm’s boutique, but growing brokerage division. His responsibilities include the recruitment and hiring of brokers, strategic planning and implementation, and mentoring and developing the firm’s younger professionals.

Farley — who previously held senior positions with Thor Equities, RFR Realty, S.L. Green, and ABS Partners — will also be an active deal-maker for Handler, working on some of the firm’s larger lease assignments. In addition he will oversee leasing of some of Handler’s in-house assets, including the firm’s headquarters building at 561 Seventh Avenue.

Prior to joining Handler, Farley was Vice President/Office Leasing for Thor Equities, where he effectively coordinated and created Thor’s in-house office leasing program. Prior to Thor, Farley directed the leasing program at ABS Partners where he led the leasing and marketing efforts of a 40-broker department and a 4 million-square-foot portfolio.

Farley also previously held the position of Executive Vice President/Director of Leasing at RFR Realty, where he was responsible for more than 6 million square feet of real estate. During his 13-year tenure with RFR he completed successful leasing campaigns for prestigious trophy properties such as the Lever House and the Seagram’s Building, where he negotiated a 165,000-square-foot lease with Wachovia, generating $16 million in revenue.

He also orchestrated the redevelopment and repositioning of 160 Fifth Avenue, leasing 90 percent of the building within 18 months.

Most recently Farley transacted several leases in Midtown South and the Meatpacking District, including a headquarters relocation for a growing technology firm.

Farley serves as Executive Board Member/Treasurer for the Landmarks Preservation Foundation of New York and is a member of several leasing committees for the Real Estate Board of New York. He was formerly a Treasurer and Governor for the Young Men’s and Women’s Real Estate Association.
•••
CBRE Group, Inc. announced that Bernard Haddigan has joined the company’s Capital Markets group as Senior Managing Director. Based in Atlanta, Mr. Haddigan will work with Kevin Aussef to lead the growth of CBRE’s Private Capital Group, and will play a vital role in expanding the firm’s capabilities for serving private, non-institutional investors.

Subsequently, he led several of the firm’s offices in the Eastern U.S., and in 1998, launched its National Retail Group. He built the Marcus & Millichap retail business into one of the largest shopping center and net-leased property brokerages in the U.S., executing transactions with an aggregate value of more than $48 billion.

He is an active member of the International Council of Shopping Centers (ICSC), and co-chairs their Open Air Committee webinar series.
•••
John Picco, Executive Director, Cushman & Wakefield, has been awarded the industry’s most prestigious designation, the Master of Corporate Real Estate (MCR), by CoreNet Global, the world’s leading professional association for corporate real estate and workplace executives. Picco, who graduated the program this fall, is one of 112 global corporate real estate executives to earn the MCR in 2013.

The CoreNet Global MCR professional designation was established in 1982, and is part of a comprehensive career development program for the corporate real estate industry, which includes more than 100 hours of classroom training, two elective seminars and a Capstone, followed by a graded assessment, all within a five-year period.

The MCR has been awarded to 1966 individuals since its inception, and provides essential skills that focus on critical business issues, and reflects strategic competence and successful experience as a corporate real estate expert.

Tarter Krinsky & Drogin LLP announced the addition of a new Counsel Nels T. Lippert as part of its ongoing expansion.
Mr. Lippert was formerly a Partner in the Intellectual Property Practice Group at Wilmer Cutler Pickering Hale and Dorr LLP. His practice concentrates in trademark and patent counseling and litigation.

A registered US patent attorney, Mr. Lippert has particular experience in trials, interferences, counseling, licensing and prosecution of chemical, biotechnological and pharmaceutical patents.

He administers trademarks and registrations around the world for leading consumer product manufacturers, pharmaceutical companies and service companies.

In response to clients’ growing needs, Tarter Krinsky and Drogin established the Intellectual Property Group in 2011, and since its inception, the practice has seen tremendous growth. The group now includes deep technical training and comprehensive experience in transactions, prosecution and Internet law both domestically and internationally.
•••
CBRE Group, Inc. are pleased to welcome Randy Anderson, Ph.D.as our Americas Head of Research. Dr. Anderson brings to CBRE a strong and varied background in commercial real estate, including extensive academic experience and hands-on involvement in real estate investment, finance and management.

Most recently, he has served as principal of Blue Rock Real Estate LLC, which focused on investing in real estate assets, primarily apartment buildings in the Southeastern U.S., and as a professor of Real Estate at the University of Central Florida – ranked one of the five best real estate programs in the U.S., according to the International Council of Shopping Centers.

Earlier, he served as Chief Economist at CNL Financial Group and Marcus & Millichap, and President and CEO of Franklin Square Capital Partners. He has also advised a broad range of institutional investors on their real estate strategies.

Dr. Anderson has written and published more than 80 articles on real estate investment strategies and related topics, and serves as editor of the Journal of Real Estate Portfolio Management. He has earned a Counselors of Real Estate designation and been named a Distinguished Fellow at the NAIOP Research Foundation.
•••
Duval & Stachenfeld, LLP announced the formation of a new Land Use Practice Group with the addition of land use attorney, Robin A. Kramer, as a partner in its New York office.

Ms. Kramer’s land use practice focuses on advising clients about the development and uses of New York City properties; acquisitions of air rights from theaters, from High Line properties and from neighboring properties in connection with zoning lot mergers; taking projects through ULURP and obtaining discretionary and non-discretionary approvals, including special permits, certifications and amendments to the Zoning Resolution, from the New York City Planning Commission; and obtaining approvals from the New York City Board of Standards and Appeals.

Prior to joining Duval & Stachenfeld LLP, Ms. Kramer had experience in both the public and private sector, including serving as Assistant Counsel to the New York City Planning Commission and most recently for 8 years in the land use department at Kramer Levin Naftalis & Frankel.

Robin’s knowledge and skills in the land use area have led her to become an adjunct instructor at New York University Schack Institute of Real Estate, where she teaches land use and environmental regulation to graduate students.
•••
IA Interior Architects (IA) is pleased to announce that Lisa Anselmo has joined the firm as Director of Business Development.

Lisa joins IA from Swanke Hayden Connell Architects, where for the past two years she delivered over 4,000,000-sq.-ft. of new business opportunities for the firm’s interiors studio.

Prior to this, Lisa spent nearly 20 years with Butler Rogers Baskett Architects where she was an integral member of the management team responsible for the development and refinement of the firm’s vision and strategy for key market sectors. Lisa is an active member of both CoreNet and IFMA, and an Associate member of the AIA.
•••
Mc Gowan Builders, Inc. is pleased to announce that Ron Agababian has recently joined the firm as Vice President & Director of Business Development.

The firm, headquartered in East Rutherford, NJ, has developed a strong reputation for providing its clients with an impressive level of General Contracting and Construction Management services for the past 12 years.