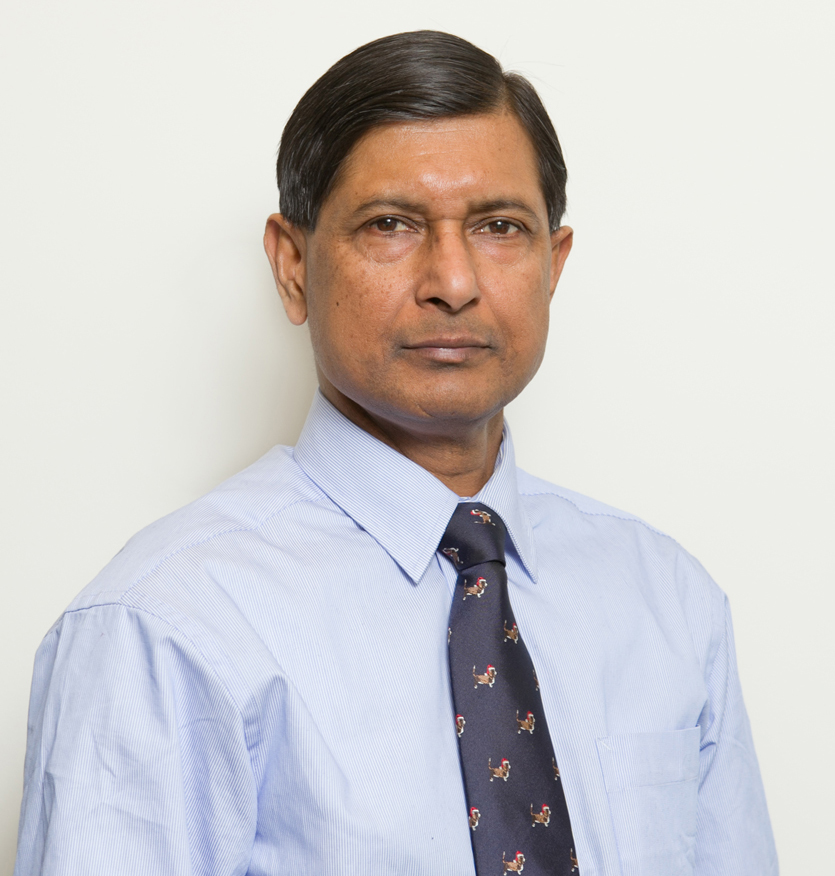 Shekhar Tarafder has been named a supervising engineer in the New York City office of Parsons Brinckerhoff.
arafder will provide technical expertise for rail traction power projects and general power engineering for facilities and infrastructure systems.
He has 30 years of experience in design, installation, testing, and commissioning of electrical substations, power plants, power distribution systems, lighting systems, and communications and control systems.

Prior to joining Parsons Brinckerhoff, he was an electrical engineer with a New York- area firm, responsible for designing traction power systems for various MTA-New York City Transit projects.
Tarafder received a B.Sc. degree in electrical and electronics engineering from the University of Rajshahi in Bangladesh.
•••
Marc Beningson has been named Communications, Security, and Control Systems Manager in the New York City office of Parsons Brinckerhoff.
Beningson is responsible for providing solutions for the firm’s clients in access control, video surveillance, SCADA, radio, ITS, data and voice communications, networks, and systems integration for control systems for airports, transit systems, bridges, and tunnels nationally.
Beningson has over 30 years of experience in design, deployment, systems integration and construction of large-scale systems for local, state, and federal agencies with specific expertise in airport security as well as IP networks to support specialty systems.
Prior to joining Parsons Brinckerhoff, he was a principal with Beningson and Associates. He has also held senior management positions with several national consulting firms and systems integrators. He received a B.S.M.E. degree from Rensselaer Polytechnic Institute.
•••
Osama Abdelfatah has been named a Supervising Scheduler in the New York City office of Parsons Brinckerhoff.
Abdelfatah will oversee scheduling for construction of the 96th Street station of the Second Avenue Subway in Manhattan, for which Parsons Brinckerhoff is providing construction management services.
Abdelfatah has served as a project scheduler and project control engineer on major transit projects in the US and abroad.
Previously, he was a Senior Project Controls Manager for an engineering firm in Doha, Qatar.
Abdelfatah received a master of civil engineering degree in construction management from Manhattan College and a bachelor of civil engineering degree from Alexandria University in Egypt.
•••
Corporate interiors firm MKDA has added professionals at all levels to its New York, NY and Stamford, CT offices.
Christina Coppotelli-Daly, Director of Business Development, brings more than 10 years of experience in commercial real estate management, leasing and marketing to MKDA.
She was most recently Director of Business Development at Mancini Duffy. Prior to that, she was a manager of Corporate Retail Store Development for Estee Lauder, a Leasing Manager for Boston Properties, and a Leasing Associate for Reckson Associates Realty Corp.
Kurt Marin, AIA, LEED AP, Senior Project Manager, brings 24 years of experience in the design industry as a project manager, architect and designer.
As a licensed architect, Kurt has worked with numerous clients on projects in the advertising, media, technology, retail, non-profit sectors.
He was previously a Senior Project Manager at IA Interior Architects and Nelson prior to joining MKDA.
He holds a Bachelor of Science in Architecture from Georgia Institute of Technology and a Certificate of Studies from Ecole d’Architecture de Paris-Tolbiac. Mr. Marin will be working from MKDA’s New York office.
Anitha Nayak, Senior Project Manager brings over 15 years of experience as an architect to MKDA.
She was most recently an architect with Transystems. Prior to that, she was a project architect for Perkins Eastman.
Nayak earned a Bachelor of Architecture from Malanad College of Engineering in India. She is also a registered member with The Council of Architecture (COA) in India.
•••
Marco Rosignoli has been named technical director within the Complex Bridges Technical Excellence Center at Parsons Brinckerhoff.
Rosignoli has 32 years of experience in bridge design and construction in the US and abroad.
An international authority on mechanized bridge construction and the incremental launching of bridges, he is the author of three books and more than 90 papers on bridge design and construction technology and holds more than 30 patents on bridge construction methods.

Prior to joining Parsons Brinckerhoff, Rosignoli was Bridge Technical Director for an international engineering firm, and served as Bridge Technical Leader and Main Span Deputy Lead Designer for the new Tappan Zee Bridge.
He has been an independent bridge consultant, performing design and independent design checking of major bridges and bridge construction machines, review of bid designs, design-build value engineering, constructability review, QA/QC planning, and forensic engineering for projects worldwide.
He has also served as a Bridge Technical Director and Construction Manager for major engineering/construction companies in Italy and France.
•••
Goldstein Hill & West Architects (GHWA) has added Jeffrey Ulrich, AIA, LEED AP and Mourad Berrouane to its roster of design and architectural talent.
Jeffrey Ulrich joins as a senior designer with more than 20 years of domestic and international experience in large-scale, multi-family projects, senior housing, assisted-living, and single-family homes.
Prior to becoming a member of the GHWA team, Ulrich was a senior project architect at Gwathmey Siegel Kaufman Associates in New York.
He managed the design and production of the Tommle Hotel, a 250-key high-rise boutique hotel in Manhattan from initial planning through construction doxuments.
Ulrich received bachelor’s degrees in civil engineering from Union College in Schenectady, N.Y., and architecture from McGill University in Montreal, Canada.
As a project manager, Mourad Berrouane will be responsible for all aspects of a project, from schematic design through construction administration.
For the past six years, Berrouane was a project architect/manager at Gene Kaufman, Architect P.C. in New York.

There, he oversaw zoning analysis, design, and production of several buildings in the area, including 44-15 Purves Street, a 48-unit condo.
Berrouane holds a master’s degree in architecture and urban design from the New York Institute of Technology.
•••
IVI International, Inc. announced that Scott Adan, Ph.D., P.E., S.E., SECB, a nationally recognized expert in earthquake and seismic analysis, has joined the firm as Director of Seismic Assessment Services.
Dr. Adan will consult institutional mortgagees and investor clients on seismic risk assessment, mitigation, and structural improvements.
Dr. Adan has more than 23 years of experience in civil and structural engineering and an impressive list of professional certifications and committee memberships.
As a member of the Earthquake Engineering Research Institute (EERI), he was recently named to EERI’s Concrete Coalition Advisory Committee.
•••
Racanelli Construction Company, Inc. announced that Richard Hoffner has joined the firm as a project manager.
He will apply his experience in cost estimating, bid analysis and value engineering project management to manage all aspects of company projects.
Directly prior to joining Racanelli, Hoffner served as a senior project manager with Aurora Contractors, Inc. He served as the project manager for many high-end retail and big box store projects for national brands including Crate & Barrel, Borders Books, Staples, Home Depot, and Limited Stores.In addition to his position at Aurora, he served as a Senior Project Manager with TRITEC Building Corp. .

Hoffner earned his Associates Degree in Construction Management from the State University of New York at Farmingdale.