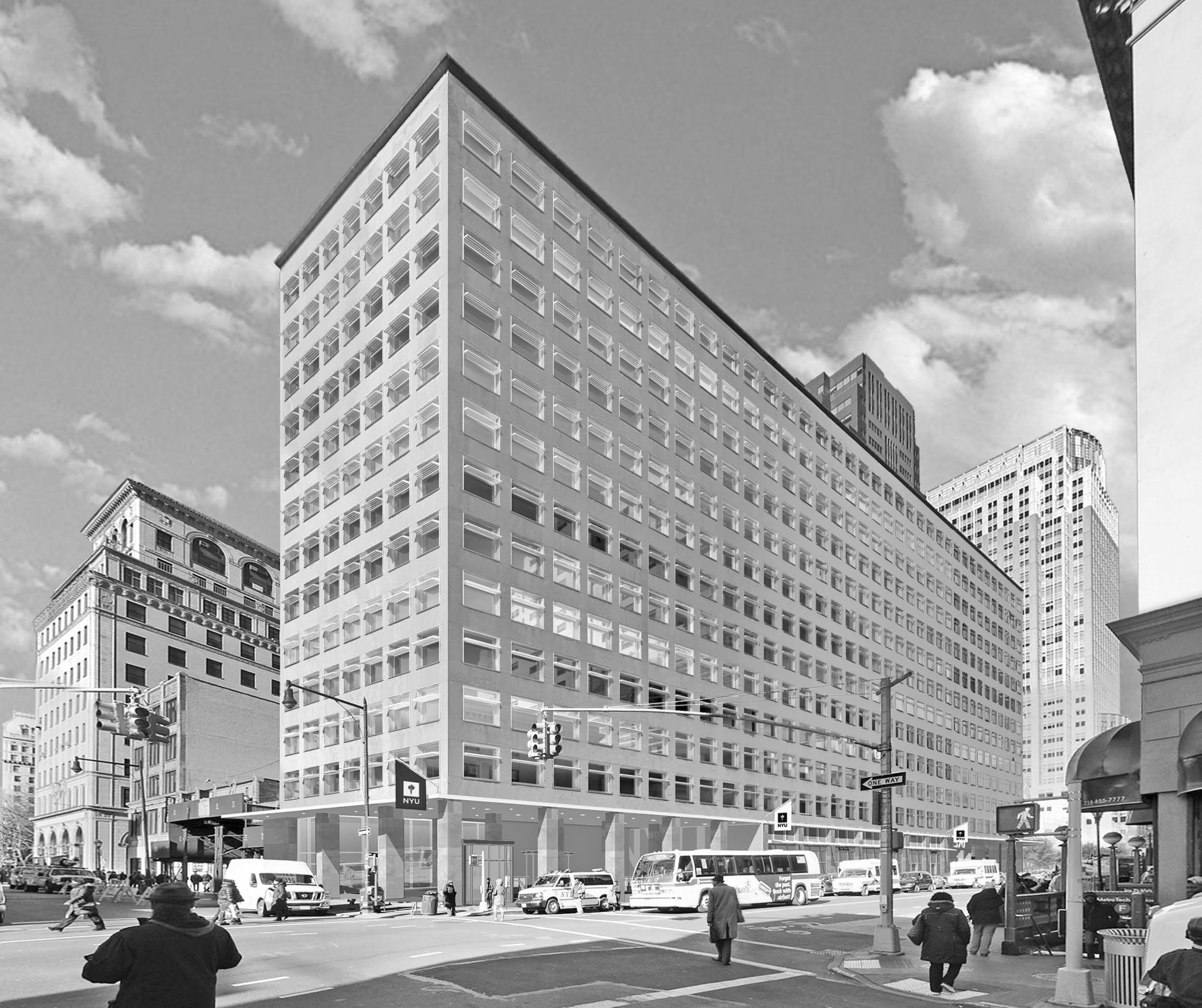 NYU has unveiled its plans to turn the long-dormant, City-owned 370 Jay Street in Downtown Brooklyn into a modern, sustainable academic center that will be part of the University’s expanding engineering and applied sciences programs in Brooklyn.

The University’s renovation of the 500,000 s/f building – which will serve as the home of NYU’s Center for Urban Science and Progress (CUSP), one of the City’s designated “genius schools” to help foster New York’s fledgling tech/innovation economy — will also house NYU’s highly-regarded entrepreneurial incubators, as well as additional classrooms and office space for various NYU programs. 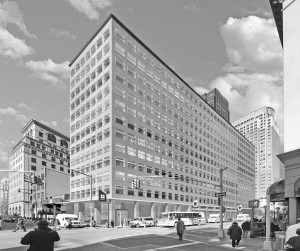 The revitalization of the property is the latest move by NYU to expand its presence in Brooklyn. Earlier this year, NYU completed its merger with Polytechnic Institute to become NYU Polytechnic School of Engineering, returning the engineering discipline to NYU after a 40 year gap.

“Applied science, technology, and engineering are among our fastest growing academic areas and the new 370 Jay Street — in the heart of a thriving tech corridor — will be an environment conducive to inspiration and innovation in those fields,” said Lynne Brown, NYU senior vice president for University Relations and Public Affairs.

“370 Jay Street will give us the opportunity to promote research and learning not just in Brooklyn, but with programs across the entire University.”

Originally designed by William E. Haugaard and Andrew J. Thomas, the building was hailed as one of the most important buildings of the post-World War II era and a master of the genre of Modernist office buildings when it opened in 1951.

Its efficient design — which allows natural light to reach the center of each floor plate — was viewed as a template for public office buildings for decades.
Mitchell Giurgola Architects has undertaken the building’s adaptive reuse with an eye toward the research and learning it will house, incorporating several sustainable elements.

The full limestone and steel façade will be restored rather than replaced – thereby reducing the amount of waste that would be sent to a landfill by approximately 4,000 cubic yards. More than 1,000 energy-efficient windows will be installed adding a significant, sun-induced design element to the facade.

The building will undergo abatement and receive new mechanical, plumbing and electrical systems with a one megawatt micro turbine. Skanska USA is serving as the project’s construction manager and Atelier Ten is serving as the sustainability consultant.

“We did a careful examination on how to adaptively reuse the building without creating a significant amount of waste,” said Andrew Repoli, project manager for NYU.

“We looked at various green-building features, but found there was no sustainable benefit to stripping off the original façade. Instead, we incorporated it into our design.”
CUSP will be located on the top three floors of the 14-story building and the three incubators – Urban Future Lab in Downtown Brooklyn, Varick Street Incubator in Manhattan and the DUMBO Incubator – will be consolidated to the third floor. The remainder of the building will be used by NYU for classrooms and other academic uses, with the exception of 14,000 s/f of retail on the ground floor. The project will begin construction in 2015 and is expected to be completed by 2017.