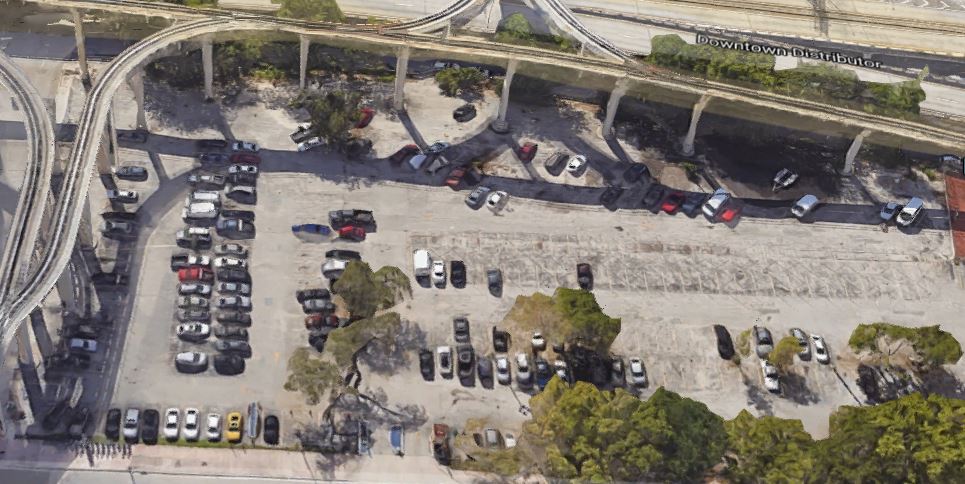 Situated at 16 Southeast 2nd Street, the site occupies a full city block and is zoned for a two-million-square-foot mixed-use development.

The buyer was a South American family office, according to Wharton. The Real Deal identified the buyer as Enrique Manhard, founder of Uruguayan fashion company Chic Parisien, S.A..

After acquiring the distressed note for $16.25 million from IberiaBank on the 2.2-acre parcel, the partnership negotiated a deed-in-lieu-of-foreclosure with the borrower and ultimately gained title to the site.

The property, one of the largest undeveloped parcels in the Miami Central Business District, came with previously approved site plans by PEI Architects and Miami-based Oppenheim Architecture+Design, and included residential, hotel, retail and office components as part of the development.

“When we first saw the site, we knew immediately it presented a unique opportunity to acquire a 2-million-square-foot development in Downtown at a very attractive basis, despite the fact that many local investors passed on the transaction,“ said Peter C. Lewis, Chairman of Wharton Equity Partners

. “While all eyes were focused on the Brickell market, we believed in the future of Downtown given incoming retailers, other projects in planning, funding for the new arts and science museums, and the expansion of the port. It’s very rewarding to have our contrarian view validated, which has been the hallmark of Wharton over its 30-plus-year existence.”

The property sits a few blocks from Brickell CityCentre, a nearly four-million-square foot mixed-use project located in Mary Brickell Village, and Met 3, a mixed-use project comprising 462 high-end apartments and a Whole Foods Market in its ground-floor retail space. The site also boasts access to I-95.

“This offers a unique opportunity to construct a mixed-use property on one of the largest undeveloped sites in downtown Miami — an area which is only growing in demand,” David E. Eisenberg, CEO and head of Wharton’s Miami office. “We hold a firm belief in South Florida’s potential and prospects across multiple asset types, and intend to apply our time-tested acquisition and development strategies to even more prime assets in the coming years.”

Wharton Equity Partners has been active in the Miami market in recent years, and earlier this month sold a 1.82-acre development site at 1177 Kane Concourse in Miami’s Bay Harbor Islands submarket to Terra Group for $31.5 million. Wharton also currently owns the Eve at the District, a 500,000-square-foot mixed-use project at Northeast 36th Street and Northeast First Avenue and the Sheraton Miami Airport Hotel.

Cross Lake Partners actively invests in the residential markets and has experience in both residential land development as well as the acquisition and development of single family, townhome, condominium and apartment communities. It is currently involved in mixed-use destinations with residential, retail, hotel and office opportunities across the Sunbelt, such as Quay Sarasota, along downtown Sarasota’s waterfront.