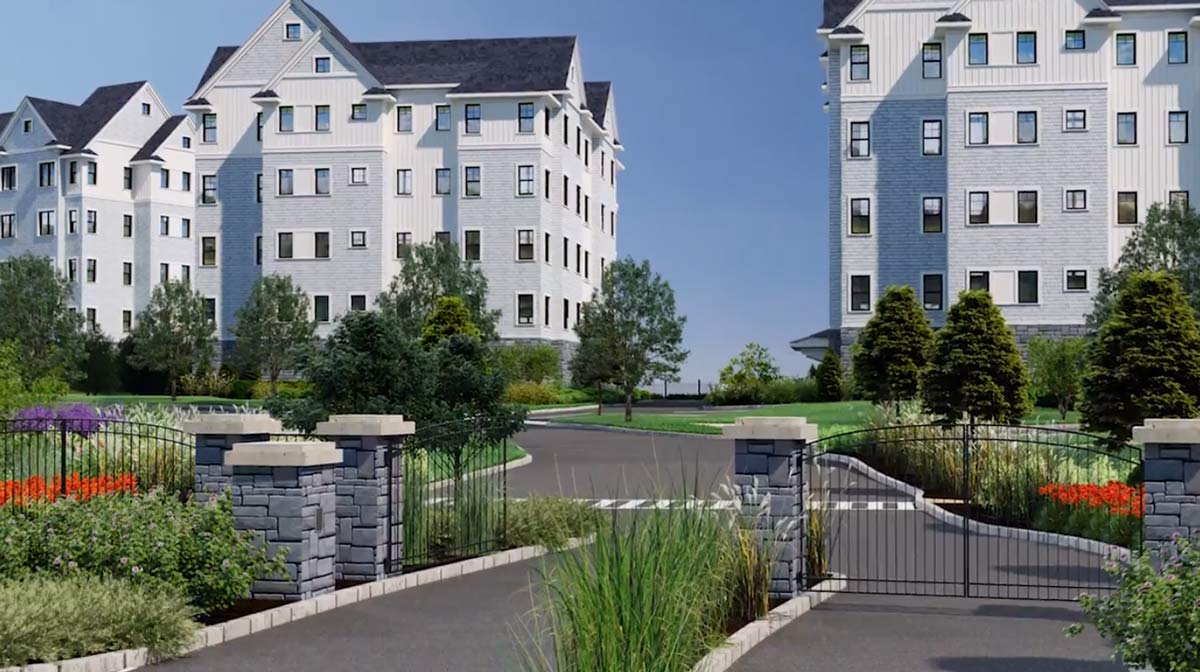 A recent round of housing market reports focused on Westchester County shows that while single-family homes struggle to find a rhythm, the apartment market has witnessed a surprising jolt.

According to a quarterly report from Douglas Elliman, co-op and condo sales in the county rose by 16 percent and 8 percent respectively, bringing their market share up to a little more than three percent.

The uptick, an atypical shift in the region towards smaller and less expensive properties, is one driven by several factors.

According to Jonathan Miller of Miller Samuel, a real estate appraisal and consulting firm, emphasis on apartments has been driven in part by potential buyers camping out in rental markets waiting for a better deal.

Barry Kramer, past president of Hudson Gateway Association of Realtors, HGAR, who noted that the association’s numbers — different from Douglas Elliman’s — show a slight year-over-year downturn in the condo and co-op market, said that new development in the county has primarily favored rentals.

Condos and co-ops, according to HGAR’s numbers, however, did see an increase in the fourth quarter, and according to him, have appealed primarily to millennials looking to dip their feet in the housing market.

“Many of the millenials who were previously renting, or living at home, are now starting to consider purchasing options,” he said. “Co-ops, despite the difficult buying process, remain the property of choice.

“All the millennials want to rent… it’s important for the real estate market to get them off the fence and out of mom and dad’s house in 2019.”

Concurrently, the market for single-family homes — long the backbone of Westchester’s residential market — has continued to struggle.

In the overall market for all sectors, median sale price was down 1.1 percent while the number of closed sales rose marginally by 2.4 percent.

“Sales are declining, but not in the sense of like a precipice, it’s just a grind. The market is resetting,” he said.
“Number two is that inventory is starting to rise. Eventually — there’s no set time — you start to see softer pricing.”

Behind tepid home sales are two major factors, including rising mortgage rates which have increased rapidly throughout the last several years and continue to climb towards levels similar to 2008 housing market crash, and also the influence of a federal tax overhaul that gutted property tax deductions for many.

A Republican-backed tax plan passed in 2018 limits the State and Local Tax Deduction, SALT, to $10,000 — a move that promises to impact New Yorkers in particular due to the fact that residents claim about $36,000 in itemized deductions a year on average, the highest average in the nation.

“The consumer has to process all of that, and they’re processing that by pausing,” said Miller.

In areas like Westchester County, changes to regulations and tax law around property tax deduction may be particularly affecting due to a property tax rate that has consistently occupied the top spot across the entire country.

Miller said that in weaker markets, oftentimes sellers take longer to adjust — an occurrence that he said will likely happen sometime in the not-so-distant future.

“We’re in the middle of a process. Sellers take one to two years to embrace or get in sync with a weaker market,” he said, adding that buyers are in a different boat. “Not the buyers, they’re there; they’re emboldened; they’re waiting.”

The upswing in apartment sales in Westchester comes as cities and towns there actively promote real estate development and growth policies.

The 99-year-lease is for 60 acres of undeveloped county-owned land called The North 60 near Westchester Medical Center.

The lease provides for a Master Development Plan in phases. The first phase requires the developer to create 220,000 s/f devoted to biotech and medical technology use, 100,000 s/f in medical office space, 80,000 s/f in retail space and a hotel with 120 rooms and conference facilities. Subsequent phases will be developed in stages after the first phase is complete.

Latimer has also been busy lobbying Amtrak on a rail plan that would open the west side of Manhattan to Westchester commuters.

The County Executive has touted the advantages of the Penn Station Access Project, a $1 billion plan that would give Metro-North commuters a one-seat ride to the West Side for the first time.

That plan aims to transform the sleepy burb into a the type of 21st century, live-work-play community so widely sought by millennials and their prospective employers.

“The growth of transit served suburbs like New Rochelle is vital to the competitiveness of the greater New York metropolitan area,” he said. “They are saying we need to add almost 4 million new residents and 2 million new jobs in the next 25 years to stay competitive globally and it is neither realistic or viable to expect that all to take place in the five boroughs.”

“From securing much-needed land use regulatory reforms to winning the support of elected officials for consequential development projects, there is not a more effective advocate for economic growth in this region than the Westchester County Association.”

Developer with Sixth sense looks to the future