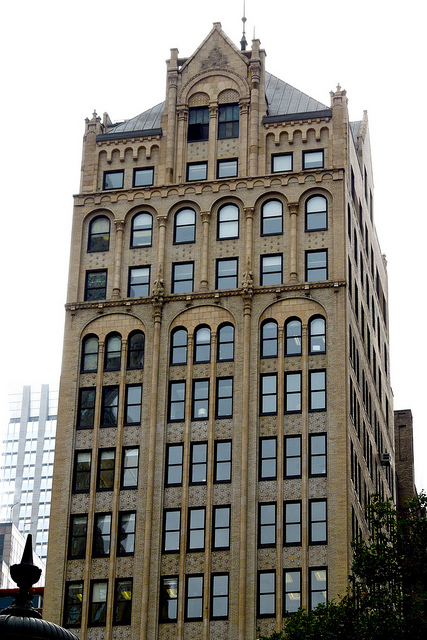 Samson Management has dampened rumors of a fire sale, announcing it plans to spend the profit it made on a recent $218 million sale — and then some — building its portfolio.

“We are looking for exchange properties of all types — residential, office and retail — primarily in New York City, and, really, in the entire surrounding tri-state area,” said David Kershner, Samson Management’s president and CEO.

Earlier this month, the firm — founded by the late Arnold and Sam Goldstein — sold a trio of Midtown office buildings to Joe Sitt.
The buildings at 24 West 40th Street, 45 West 45th Street and 145 West 45th Street had been part of Samson’s portfolio for years and their sale netted a hefty profit.
However, it also sparked rumors that the company was liquidating its assets following the passing of Arnold Goldstein earlier this year.

This week, however, CEO Kershner told Real Estate Weekly that while the co-founder was no-longer at the helm, Samson Management is still very much in the game. “We are not that kind of company,ˮ said Kershner. “We stay in things for the long term, a business philosophy that was established in 1964 when Sam and Arnold Goldstein purchased their first building.

“In this case, even though Samson Management was not actively marketing the properties, the sale price for these office buildings was simply too high to pass up.ˮ
Kershner said Samson Management is now ploughing the profits from the sale back into the company, expanding their already significant real estate portfolio, which consists of more than 5,000 residential units and over 1.5 million square feet of office and retail properties throughout the northeast.

Although it is casting its net widely, Samson Management has interest in the Upper West Side, where it is currenlty converting 498 West End Avenue to luxury condominiums.

Acquisitions in the past year have also included 129 West 29th Street, 451 Lexington Avenue and 2400 Broadway. The company is also poised to start construction at 15 Hubert Street, which is being converted to condos.
Samson is not working exclusively with a broker, but by virtue of its portfolio, Kershner said it is solicited daily by hungry brokers with potential property deals.