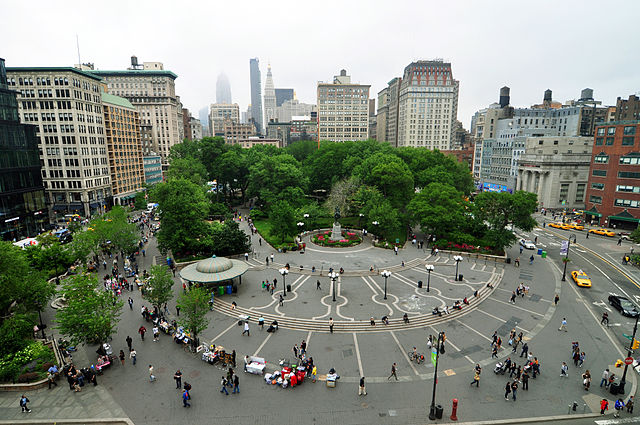 With more than 40 retail openings and several large-scale developments on the way, the Union Square district will enter 2016 as one of the City’s strongest retail markets.

The district’s growth was recently highlighted in a report by the Union Square Partnership.

The report indicates the district’s ground-floor retail vacancy rate remains one of the lowest anywhere in New York City, at just 2.5 percent at the end of the third quarter of 2015.

“It’s an exciting time to be a business in Union Square,” said Jennifer Falk, executive director of the Union Square Partnership.

“The expansion of our retail market is bringing unparalleled variety to the district and raising its reputation as a one-stop destination for everything the City has to offer. The neighborhood’s innovative culture has also driven commercial market growth as technology, advertising, media, and innovation companies continue to seek office space in Union Square.”

This year, a number of high profile openings in Union Square indicate that the City’s shopping center of gravity is continuing to move south of Midtown.

Lululemon debuted its 11,500 s/f flagship this fall, the brand’s largest store to date. Steps away at 126 Fifth Avenue, Athleta also opened a studio beneath its existing retail, and plans to offer up to five classes a day by next month.

With several notable projects on the horizon, Union Square will see a flurry of real estate development next year.

Reading International will move forward on redevelopment of the historic Tammany Hall. Leased by Newmark Grubb Knight Frank, the iconic property will offer more than 75,000 s/f with a focus on retail and office space.

The EDC is currently soliciting proposals for a new tech hub and an extensive ground floor retail component at 124 East 14th Street.

After a year of big announcements, Union Square will stay at the center of the City’s culinary news in 2016. Danny Meyer’s Union Square Cafe, one of the neighborhood’s oldest and most treasured institutions, announced a move within the neighborhood to a prime corner space at 235 Park Avenue South, just two blocks from the Union Square Greenmarket.

When the restaurant moves, its former space on 16th Street will house the first American location for the popular udon noodle eatery, Tsurutontan.

Neighborhood icon Blue Water Grill renewed its 19-year lease at its iconic location on Union Square West, and is preparing for a remodel in early 2016. Jean-Georges Vongerichten’s highly anticipated vegetarian restaurant, ABCV, is also slated to open early next year.

New office tenants arriving in the next year include Buzzfeed, which will move into its 194,000 s/f space at 225 Park Avenue South. Capital One has leased 15,000 s/f at 853 Broadway, which will feature a ground floor cafe operated by Peet’s Coffee, a bank branch with a large work lounge on the mezzanine floor, and a classroom space for workshops and events on the basement level.