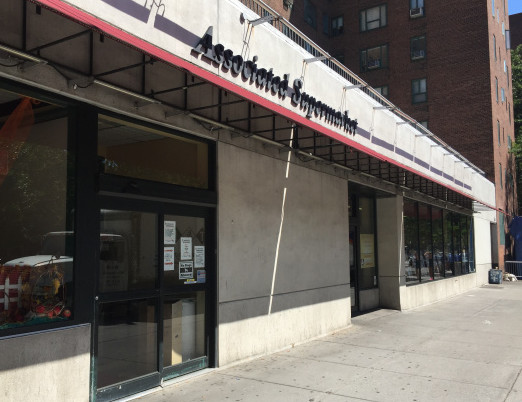 Manhattan Borough President Gale Brewer has promised to make 2016 the year of the mom-and-pop shop.

Nine months after proposing new legislation she believes will throw a lifeline to an estimated 1,000 small businesses forced out of their premises by steep rent increases, Brewer said she now considers it priority.

“It’s definitely imminent. Robert Cornegy, the chair of the small businesses committee, has been trying to carve out the best possible bill,” said the borough president, who has been holding roundtables with proprietors of small businesses over the past several months.

The legislation has been likened to a bill that’s collected dust at City Hall for about 30 years called the Small Business Jobs and Survival Act (SBJSA).

Brewer has faced criticism for not supporting SBJSA but she insists it is a folly that would never be passed by the city council. Critics including the Real Estate Board of New York, have blasted SBJSA as being unconstitutional.

REBNY president John Banks, said, “For nearly four centuries, the one constant about New York City has been that it is always changing. The city’s dynamism, in part, is driven by its ever-changing population, building stock and mix of businesses. Understandably, some don’t like change.

Take Back NYC, a lobbying group for small businesses aimed at passing the SBJSA, has countered that no one has actually shown evidence that the bill is unconstitutional.

According to Take Back NYC, every month, between 1,000 and 1,200 businesses lose their leases because of steep rent increases.

Brewer’s as-yet unnamed bill aims to help small businesses by making it mandatory for a building owner to at least go through mediation and, if necessary, arbitration with a storefront tenant who wants to renew his or her lease.

The arbitration would not be binding but if the two parties can’t come to an agreement, then the tenant’s lease would be extended by one year at a rent hike of 15 percent.

The extension, Brewer said, is to make sure a tenant at least has enough notice to find a new place, ideally in the same neighborhood.

Additionally, a building owner, if planning on evicting the tenant, would have to give the tenant notice of that intention 180 days before the end of a lease.

The SBJSA on the other hand also mandates mediation and if the tenant and owner can’t come to an agreement, arbitration, but it would be binding.

Currently, its primary sponsor in the City Council is Annabel Palma, whose district in the Bronx includes Parkchester and Soundview.

In these areas, she’s noticed more businesses being forced to move or close in the past 12 years “because they just couldn’t afford the rent, anymore.”

The Council member also noted that while the SBJSA would mandate arbitration with the aim of getting an extension of 10 years, the tenant isn’t necessarily guaranteed that lease extension.

“The ultimate goal,” said Palma, “is to give tenants a right to negotiate a lease and be allowed to enter the negotiation process and not be at the mercy of a landlord with an enormous rent increase and be forced out of the business.”

However, language of the bill indicates that in most scenarios, the tenant would get that extension. Exceptions would be made of course for problem tenants who don’t pay rent on time, conduct illegal activity or violate the terms of their lease or if the landlord doesn’t have the right to lease the property for that period of time. The length of the lease could also be shorter than ten years if the tenants wants that and the landlord agrees.

Additionally, the law applies to all commercial tenants, not just storefront businesses.

Among those questioning the SBJSA’s legality is fellow Council Member Dan Garodnick, who’s also an attorney.

Instead he’s been pushing to cut commercial taxes that retailers in Manhattan whose rents are at least $250,000 a year are made to pay.

“When it comes to helping struggling small businesses, we need sound legislation that will provide real relief,” Garodnick said.  “Unfortunately, I believe the Small Business Job Survival Act is unconstitutional. I am focusing on exploring alternatives, and pushing for solutions like rolling back the Commercial Rent Tax, which we know will bring direct relief to the mom and pop stores in our community.”

Currently, 27 Council members support the SBJSA, but in order to guarantee it gets a hearing, the bill needs a super-majority of 34.