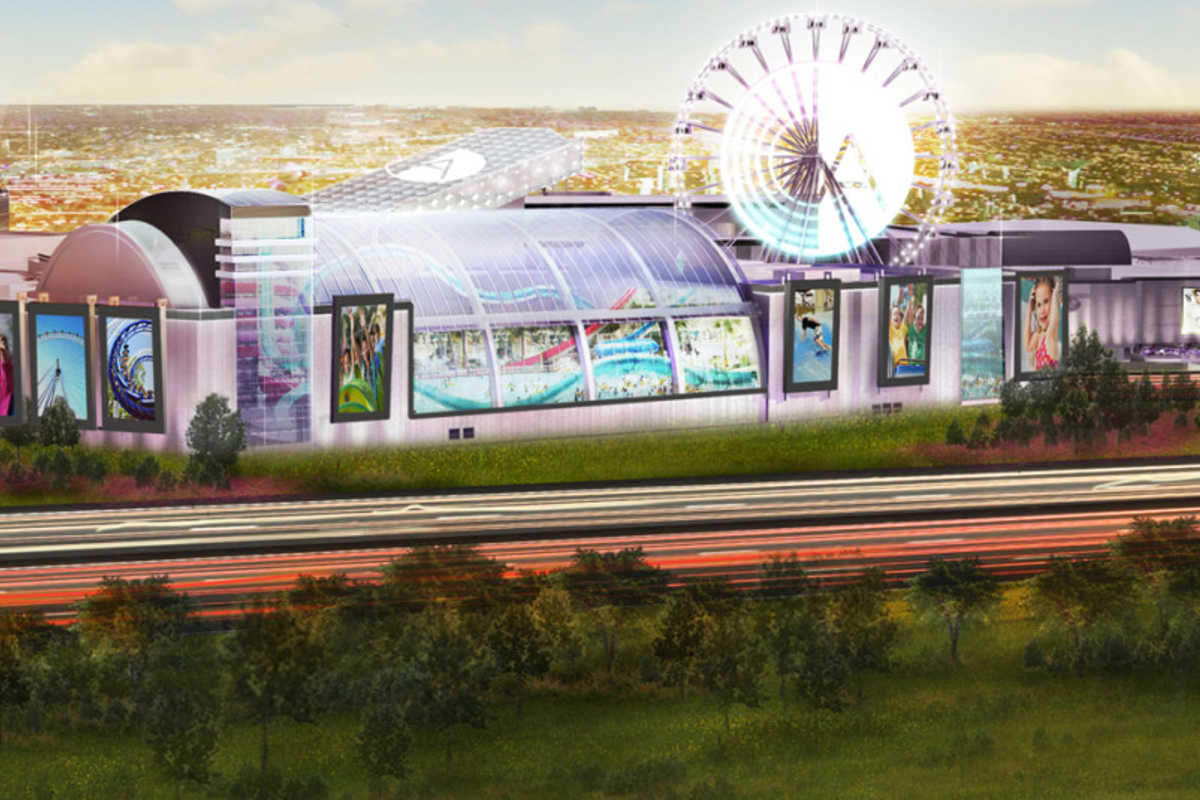 Days after securing a $1.67 billion loan to finish the American Dream mall in Secaucus, Triple Five chief operating officer Paul Ghermezian said the massive complex will redefine the shopping experience when it finally opens in 2019.

The developer said more than 35 percent of tenants signed to the mega-mall are entertainment-oriented and both Nickelodeon and Dreamworks have been retained to work on entertainment packages.

“We have something for everybody,” Ghermezian told Real Estate Weekly during this week’s ICSC retail convention in Las Vegas. “It’s about synergy, having a brand presence but still getting stuff in that is unique, fun and large-scale in kind of a bold way.  After several months of negotiations, Triple Five Group of Companies — owners and operators of Mall of America and West Edmonton Mall, the two largest entertainment, leisure and shopping destination properties in North America — closed on $1.67 billion in private construction financing for the American Dream project.  Don Ghermezian, president & CEO of American Dream said the construction loan paved the way for the completion of the mall and allows the company to “aggressively move forward with the construction and opening of the project.”

The construction financing was led by J.P. Morgan and a tax-exempt bond offering is being led by Goldman Sachs. After years of deadlock and uncertainty, New Jersey Sports and Exposition Authority president and CEO Wayne Hasenbalg said the financing package brought the project one step closer to reality. “For far too long we have been saying there is light at the end of the tunnel for the many years this project, through multiple developer groups, has tried to become a reality.

“Finally we are nearing the sunlight and Triple 5 has demonstrated they are providing their own resources to back up the commitment they made from day one to bring this exciting project to the State of New Jersey,ˮ said Hasenbalg.

“The New Jersey Sports & Exposition Authority will continue to partner with Triple 5 to finalize the necessary financing to bring thousands of construction jobs to the Meadowlands which will produce years of long term economic benefit to our region and the State of New Jersey.ˮ

In a statement, the local Meadowland Chamber of Commerce said the $1.67 billion deal “proves what we have believed since the inception — that this amazing project will in fact be completed and will sustain and transform the regional economy here in the Meadowlands for the next 25 years.

“Projects like this come along once in a lifetime and while it is understandable for skepticism to take over with the many long delays we have experienced, the time has come for us to seize this moment and leverage the economic impact a project like this can have on so many lives. I urge local, county and state leaders to now rally behind this project so we forge a sustained economy through the year 2040.ˮ

Back in Vegas, Paul Ghermezian said the company doubled the size of its booth at the trade show this year to accommodate the many retailers dropping by. He said his team was working to make sure that “every time you come [to American Dream] you can have a unique experience.”

“We have a whole restaurant district featuring popular, high-end restaurants as well as something unique you’d see on the VICE network.  We will have up and coming chefs and we have a team looking for non-mainstream restaurants that have a big following in food world.ˮ

GHA Design — the company behind the landscaping of both The Wynn and Bellagio hotels in Vegas — have been tapped to fine tune the American dream interiors as the developer moves closer to opening duirning a transitional period for many American malls.

Ghermezian believes America Dream will stand out in the crowd.

“All of our stores are flagship experiences,ˮ he said. “Every store has to do something special within the store to really make it special. You have to go big with entertainment; go all in.”

Brokers get some face time during ICSC RECon 2017