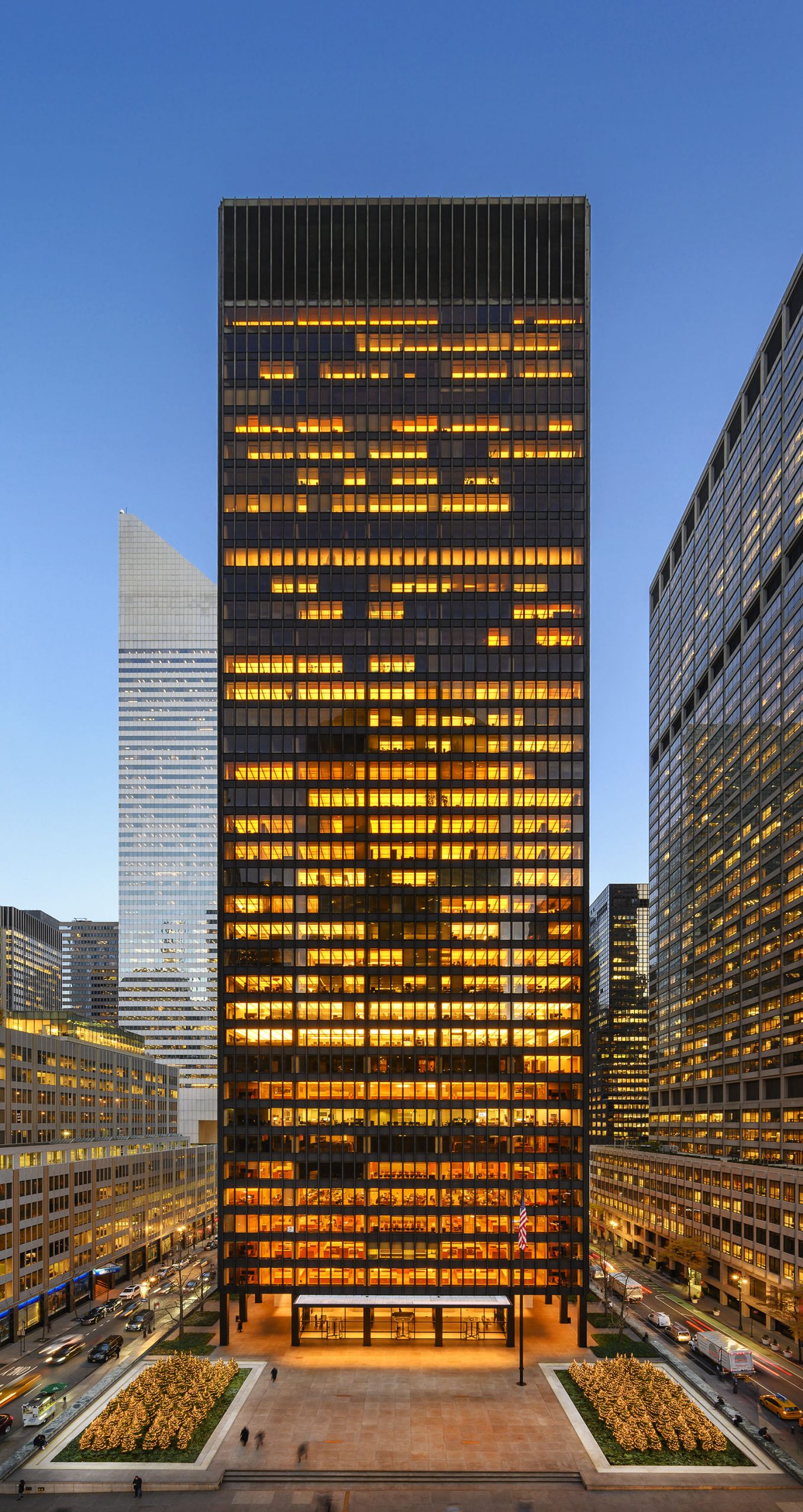 RFR announced that Clayton, Dubilier & Rice (CD&R) signed a lease to expand its presence at the Seagram Building by 12,773 s/f.

“Forward thinking companies are looking downfield and are strategically planning for the future,” said Camhi, Executive Vice President and Director of Leasing at RFR. “We continue to see leaders in the financial community chose the Seagram Building as part of their long term planning for continued growth and success.

Additionally, owner and asset manager RFR has relocated its headquarters to the Seagram Building.

Last month they announced a $25 million investment to create the SEAGRAM PLAYGROUND. This 35,000 s/f complex will emphasize fitness, wellness, social team building and collaboration in a one-of-a-kind environment. The facility has a conference center component with bleacher seating for 150-seat town hall gatherings, a boardroom and a multipurpose room that can be set up for larger meetings or for employee training.

The Seagram Building is recognized as one of the world’s greatest architectural masterpieces. The landmarked building designed by the legendary architect Ludwig Mies van der Rohe is his only work in NYC and was completed in collaboration with Philip Johnson.