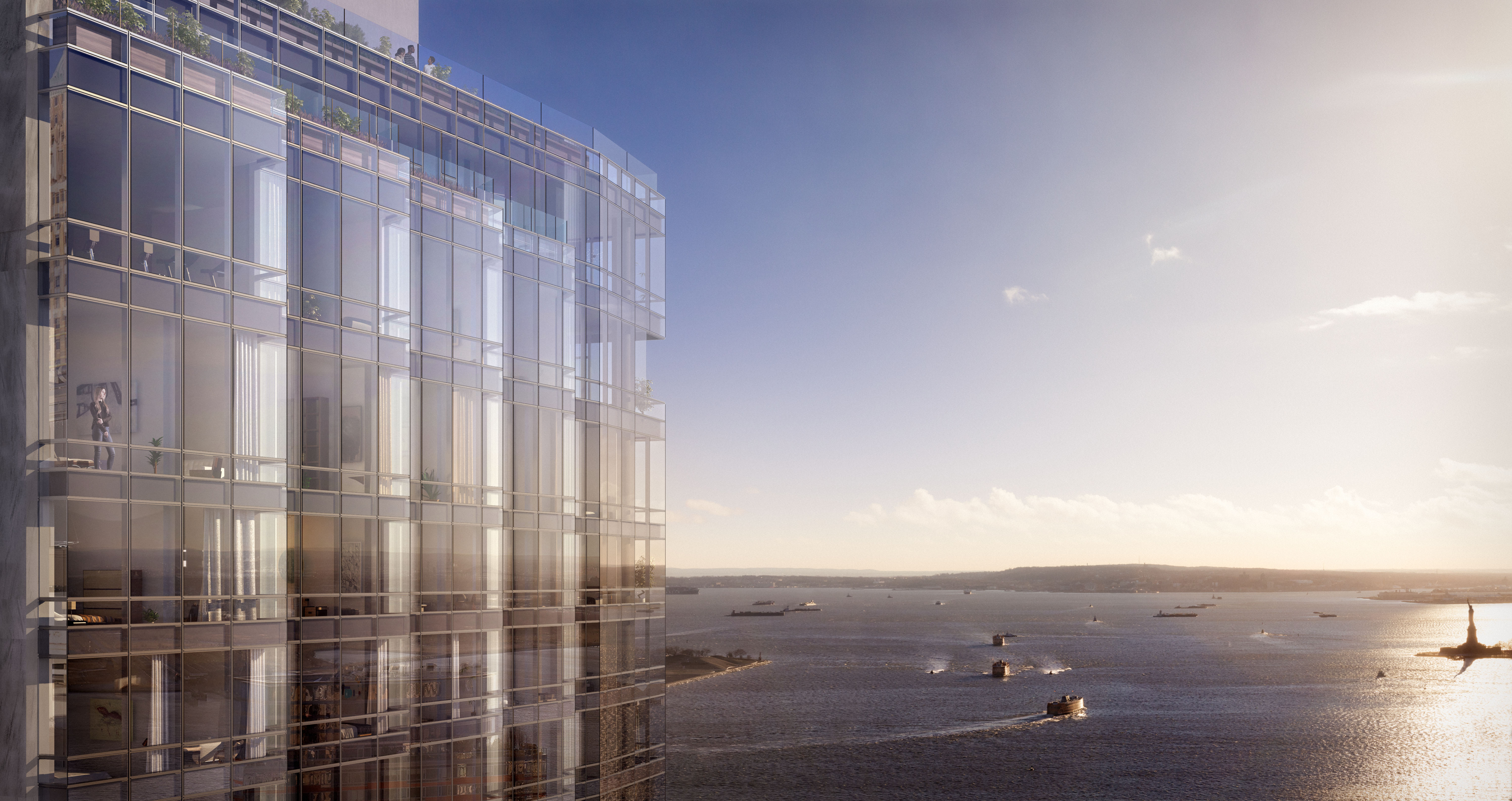 “We are happy to share that construction will start this year,” stated Matthew Messinger, President & CEO of Trinity Place Holdings, Inc., owner and developer of the 77 Greenwich Street project. “We are also proud to be a part of bringing a much needed new public school to Lower Manhattan. As Downtown Manhattan continues to see more than $30 billion of public and private investments come to fruition, 77 Greenwich is the latest milestone in the neighborhood’s evolution as a highly desirable live-work community.”

FXFOWLE Architects has designed the mixed-use tower, which is slated to rise approximately 500 feet in the air and will feature a pleated glass curtainwall above a limestone base. Deborah Berke Partners is designing the residential interiors. The Marketing Directors will lead the marketing and sales effort for the luxury condominium residences.

Messinger continued, “What makes the residential component unique is that all condominium residences will start at an elevation of 150 feet, sitting above the school, allowing for panoramic views of New York Harbor, the Hudson River as well as the New York City skyline from every home in the building.”

Slated for completion in 2019, the development site is comprised of the former Syms clothing store and the 19th-century landmarked Dickey House, a federal style townhouse constructed in the early 1800s. The Dickey House exterior will be meticulously restored and the interiors will be adaptively reused.

Strategically located in Lower Manhattan, 77 Greenwich is ideally situated in close proximity to many of NYC’s most coveted destinations including the World Trade Center, South Street Seaport, Battery Park City, Brookfield Place, Wall Street and its luxury shops and restaurants including Saks Fifth Avenue, Burberry, Hermes and Tiffany & Co., to name a few. In addition, future residents at 77 Greenwich will have the opportunity to live steps away from Nobu, Le District, Hudson Eats and Mario Batali’s Eataly.

The development is also located steps away from what will be the newly expanded and landscaped Elizabeth Berger Park as well as ample green space and recreational destinations including the Hudson River Greenway, Battery Park, Battery Park City and the East River Bikeway. The 1, R, 2, 3, 4, 5 and PATH trains provide easy access for all future residents and students.

Nordstrom signs on as 3 Columbus anchor