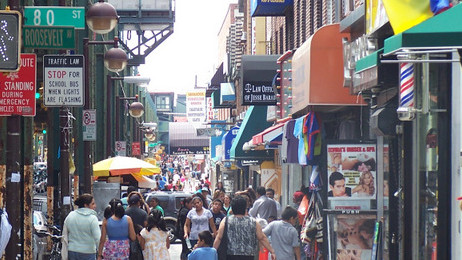 The real estate market is in the midst of a significant shift in demand in Northern Queens. The outer borough of Queens demonstrates great potential for growth in residential and commercial real estate. Northern Queens in particular has gained the attention of foreign and local developers.

I recently sold 37-10 114th Street in Corona. The property is home to a vacant hotel building marketed for re-development or conversion. The property encompasses an entire block front on 114th Street, with additional frontage on 37th Avenue just two blocks north of Roosevelt Avenue. It sits on the west side of the Grand Central Parkway, about 1.5 miles from LaGuardia Airport.

The lot also holds an on-site 86-car garage. The property sold for $37.35 million to well-known developer Sam Chang, which equates to $164 per buildable square feet.

37-10 114th Street sits in an area well situated for multiple types of real estate. The demand for residential space has consistently increased, and the vacancy rate is low compared to other neighborhoods in Queens. This particular site provides an investor or developer the opportunity to re-develop the site and take advantage of the substantial air rights available, or to convert to other uses, including residential, senior care, or other medical uses, which are all needed in the area.
Over the past few years the value of Flushing real estate has nearly doubled. A tremendous amount of new development is taking over Downtown Flushing, including Flushing Commons, One and Two Fulton Square, Sky View Parc, and Hotel Indigo on Main Street.

Development has progressed outwards toward Northern Boulevard, where development sites have been trading at 50% above 2014 prices.
We are now beginning to see development flow into Corona and Jackson Heights, as well. The benefit of the 7 subway line and the convenience of the proximity to the soon-to-be renovated LaGuardia Airport are major attractions.

Earlier this year I also sold 91-11 Roosevelt Avenue in Jackson Heights, a 20,000-SF lot, for $12 million. The site is the future home of a proposed 4+ story office building with retail on the ground floor and on-site underground parking. Roosevelt Avenue has become a focal point for many local investors and developers.

Just south of Roosevelt Avenue on 82nd Street at the old Jackson Heights Cinema site, another large re-development project is planned for more than 44,000 SF of retail and over 94,000 square feet of community facility space. Existing retail along Roosevelt Avenue is trading upwards of $1,000 per square foot.

For example, 102-18-30 Roosevelt Avenue in Corona sold for $14.3 million, or $1,059 per square foot, in June of this year. It is currently 13,500 square feet of retail with credit tenant Payless and other small retailers. The site is underdeveloped and has great upside for both retail and residential development.

The transformation in Corona and Jackson Heights has already. Jackson Heights is now drawing attention from NYC residents, which will further increase the value of multi-family and retail real estate. Corona has even become the first neighborhood in all of Queens to offer free wi-fi at Corona Plaza.

The sale of 37-10 114th Street is only just a beginning of a transformation that we expect to continue for some time to come.

Rents trending down as landlords hand out concessions

Partnerships are the key to MetaProp NYC story