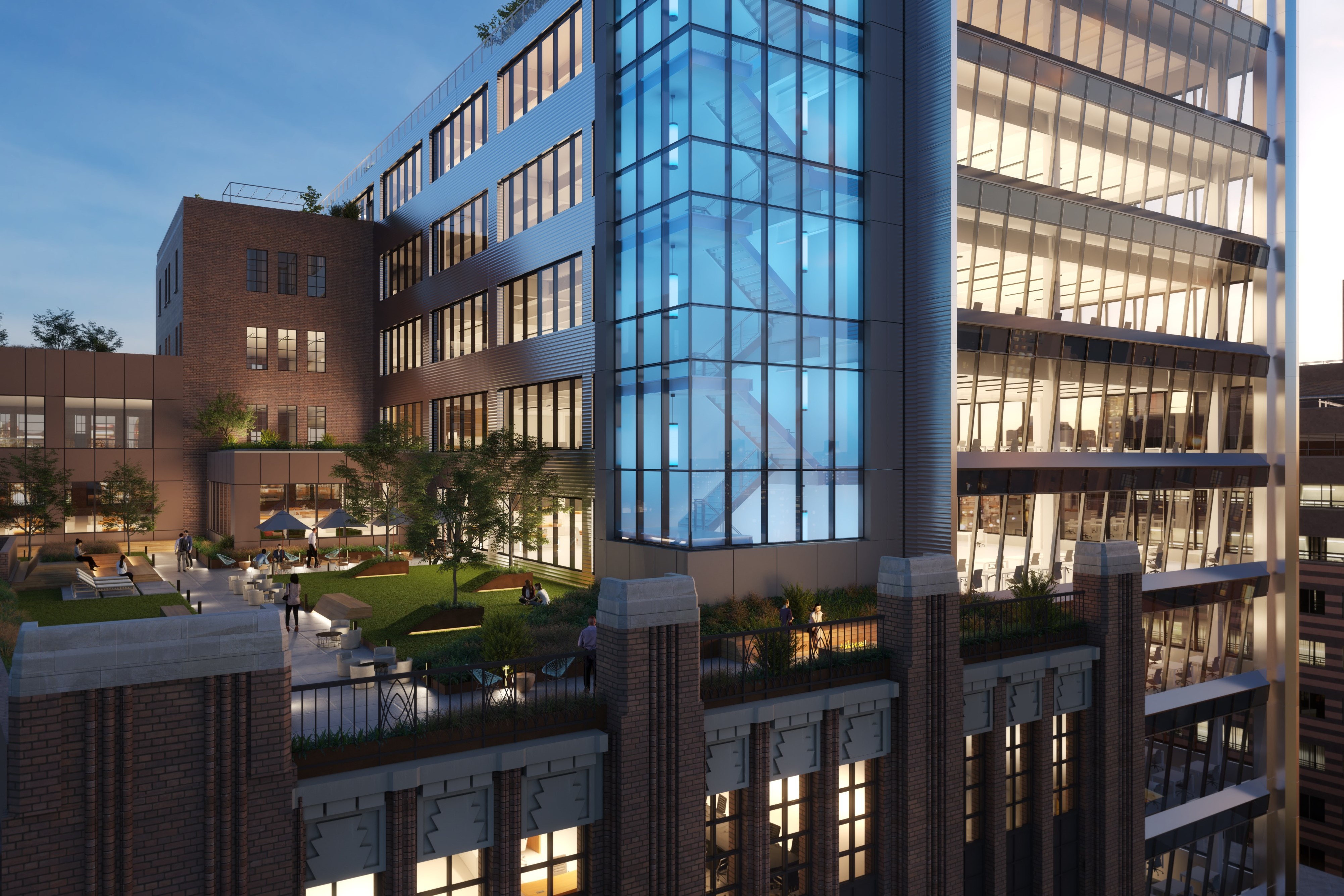 Tishman Speyer CEO Rob Speyer today unveiled the firm’s plans and timetable for the development of The Wheeler, a 10-story creative office hub to rise above Macy’s  department store in Downtown Brooklyn.

With The Wheeler, a name inspired by the 19th century Brooklyn developer Andrew Wheeler, Tishman Speyer is creating a 620,000 s/f vertical office campus spread across 10 floors.

The new development will feature Brooklyn’s largest floorplate, 16-foot ceilings on each floor, an acre of outdoor space across a series of gardened terraces and roof decks, a dedicated amenity floor, and views of Lower Manhattan, Brooklyn Bridge, Statue of Liberty and New York harbor.  The Wheeler will be ready for occupancy in mid-2019.

The project is being made possible through a redevelopment partnership between Macy’s and Tishman Speyer.  Macy’s will continue to own and operate the first four shopping floors and lower level of two interconnected buildings –  a nine-story art deco property built in 1930 and an adjacent four-story, cast-iron structure that was built by Andrew Wheeler in the 1870s.

Tishman Speyer is constructing ten brand new office floors on top of the Wheeler building and will integrate that new construction into the upper floors of the 1930 art deco building that Macy’s is vacating. This blend of old and new will result in 620,000 s/f of light-filled Class-A office space with 16-foot ceilings.

“For Tishman Speyer’s first-ever project in Brooklyn, we are creating an environment that is every bit as innovative, energetic and dynamic as the borough itself,” Rob Speyer said.  “The Wheeler will celebrate its special location at the epicenter of Brooklyn and feed off the vitality of the iconic brownstone neighborhoods, open spaces, cultural venues and creative communities that surround it on all sides.”

Tishman Speyer, which is serving as project developer and operating partner for The Wheeler, is being joined by partner HNA Group, a global investor based in China.  HNA is also an investment partner with Tishman Speyer on the firm’s two planned Hudson Yards development projects.  Construction financing, which was arranged by HFF, is being provided by Bank of the Ozarks.

The Wheeler will have its own dedicated entrance located on Livingston Street between Hoyt Street and Gallatin Place.

Tishman Speyer is developing The Wheeler during a period of unprecedented growth in Downtown Brooklyn.  Between 2012 and 2016, more than 3,000 units of housing were constructed in the greater Downtown Brooklyn area, which encompasses such neighborhoods as Dumbo, Brooklyn Heights, Park Slope, Fort Greene, Gowanus, Pacific Park and Williamsburg.

Another 5,000 apartments, more than half a million square feet of new retail and approximately 20 new hotels are currently in the development pipeline.

The city’s third largest central business district, Downtown Brooklyn is a transit-rich location with connections to all of the city’s major workforce neighborhoods, including Wil 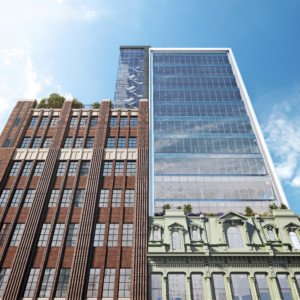 iamsburg, Bushwick, Long Island City, Sunset Park, and virtually all of Manhattan.  It is within a five minute walk from 10 subway lines and is a 10-minute commute to Lower Manhattan and 20 minutes to Midtown South.  LaGuardia and John F. Kennedy International Airports are accessible with a 30- to 35-minute drive.

Across the street, Tishman Speyer is constructing three residential towers that will house approximately 1,900 rental apartments and 13,500 s/f of retail space, along with a five-story, 50,000 s/f amenity clubhouse and a private 1.5-acre park.

Last year, Tishman Speyer unveiled plans for The Spiral, a 2.85 million square-foot office tower to be developed at the intersection of the High Line and Hudson Park Boulevard on Manhattan’s far West Side. Tishman Speyer also has assembled a second Hudson Yards development site adjacent to the new park and one block from the extended #7 subway line station, where it plans to construct a 1.3 million square-foot office tower.

“With each project, Tishman Speyer has set out to create the world’s most contemporary, collaborative workspaces,”  Speyer noted. “Our developments in Downtown Brooklyn, Long Island City and Hudson Yards reflect the new way that people are thinking about urban real estate and respond to their growing desire to work, live, shop, play and eat all within the same neighborhood.”

He added, “The most exciting thing about modern day New York is the rapid emergence of these neighborhoods as viable 21st century business districts, which is key to the city’s ability to attract new industries and ensure that existing companies will have the space they need to grow here.”

Tishman Speyer is active around the globe. It has acquired, developed and operated a portfolio approximately 164.7 million square feet with a total value of approximately $81.9 billion spread over 402 assets. Signature assets include New York City’s Rockefeller Center and Chrysler Center, São Paulo’s Torre Norte, The Springs in Shanghai and OpernTurm in Frankfurt.