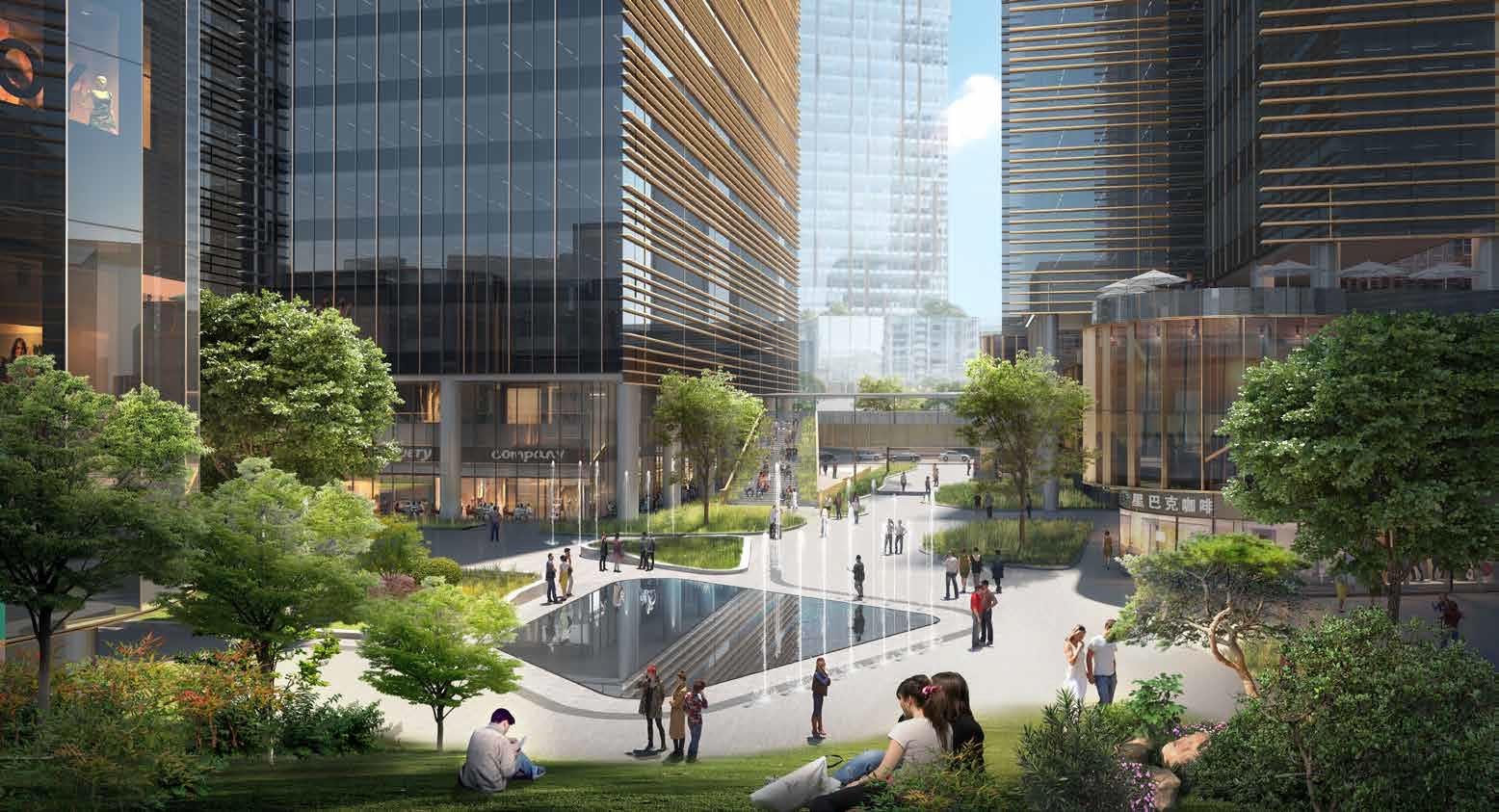 Tishman Speyer has closed a transaction with Chinese technology company ByteDance to sell and lease a combined 2.55 million square feet of office and retail space at The Springs in Shanghai.

Best known in the United States for its popular TikTok social media app, ByteDance is acquiring 2.1 million square feet of office and retail space currently under development and is leasing 457,000 s/f of existing office space from Tishman Speyer at The Springs. The development value for the parcel acquired is approximately $1.25 billion.

ByteDance will establish its regional headquarters in four new buildings, which range in size from four to 29 stories. Designed by international architectural firm Gerkan, Marg & Partners, ByteDance’s new campus will include six acres of parks and other highly-curated green spaces. Once completed in 2023, ByteDance will join a host of other multinational corporations, including Nike, Continental AG and Henkel, with major corporate offices at The Springs.

“All over the globe, innovative companies like ByteDance are bringing people together – often in ways beyond what was imagined just a few years ago,” said Tishman Speyer President and CEO Rob Speyer.

“Our mission, as a developer, property owner and investor, is to facilitate this innovation. We bring visionaries together and support them as they collaborate and create.  At The Springs, we set out to make a vibrant urban community powered by such people, and as ByteDance’s commitment shows, we are succeeding.”

Wilson Chen, Tishman Speyer Senior Managing Director and Chief Executive Officer – China, added, “Shanghai’s Yangpu  District is emerging as one of the world’s great innovation hubs, and The Springs will be its cornerstone for many years to come. We look forward to completing the project and attracting more leading companies who want to be part of this remarkable environment.”

Launched by Tishman Speyer in 2011, The Springs will feature 9.8 million square feet of offices, residences, hotels, restaurants, retail, entertainment and cultural venues and other neighborhood amenities in Shanghai’s Yangpu District. In addition to the parks, gardens playgrounds and other open spaces being developed by Tishman Speyer at the 66-acre former military airfield, The Springs has been designed to blend with an adjacent 33-acre ecological reserve.

Tishman Speyer is also currently developing a pair of skyscrapers featuring massive, mid-tower hanging gardens and rooftop gardens.  The 280-meter and 250-meter twin towers of The Springs, known as “The Eye of Wisdom” is expected to be completed in 2025.