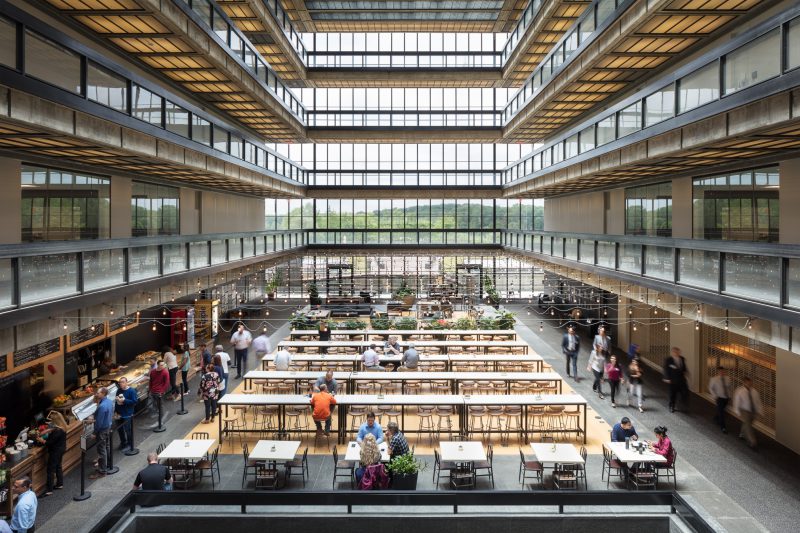 Spirent, a provider of automated test and assurance solutions for networks, cybersecurity, and positioning, renewed its lease and expanded its footprint to 35,000 s/f. The company plans to combine its New Jersey-based staff at Bell Works and shifting its lab and research operations there to create a new regional headquarters. In total, Bell Works will house roughly 135 Spirent employees.

“We’ve all experienced challenging times and obstacles over the past several months, but we’ve remained steadfast in our commitment to the wellbeing of the entire Bell Works community,” said Ralph Zucker, President of Somerset Development.

“Bell Works’ ability to continue to attract new businesses, coupled with the trust we’ve established with existing tenants such as Spirent, is a testament to the value of what we’ve created at the metroburb. We look forward to welcoming new faces at Bell Works as we continue the process of reopening in a deliberate and responsible way.”

Originally constructed between 1962 and 1964, Bell Works is revered for its role in spurring the development of some of the world’s foremost inventions and research concepts.

In its 40-plus year history as the research headquarters for Bell Laboratories, Lucent, and Alcatel-Lucent, the building housed a total of seven Nobel Prize winners, including those who conceived theories for the laser, the Big Bang theory, cellular technology, the transistor, and more.

Today, Bell Works’ quarter-mile long atrium has been reimagined into a publicly accessible destination for shops, restaurants, healthcare, community services, and more. It is home to the Holmdel Library and Learning Center as well as the Holmdel Montessori school.