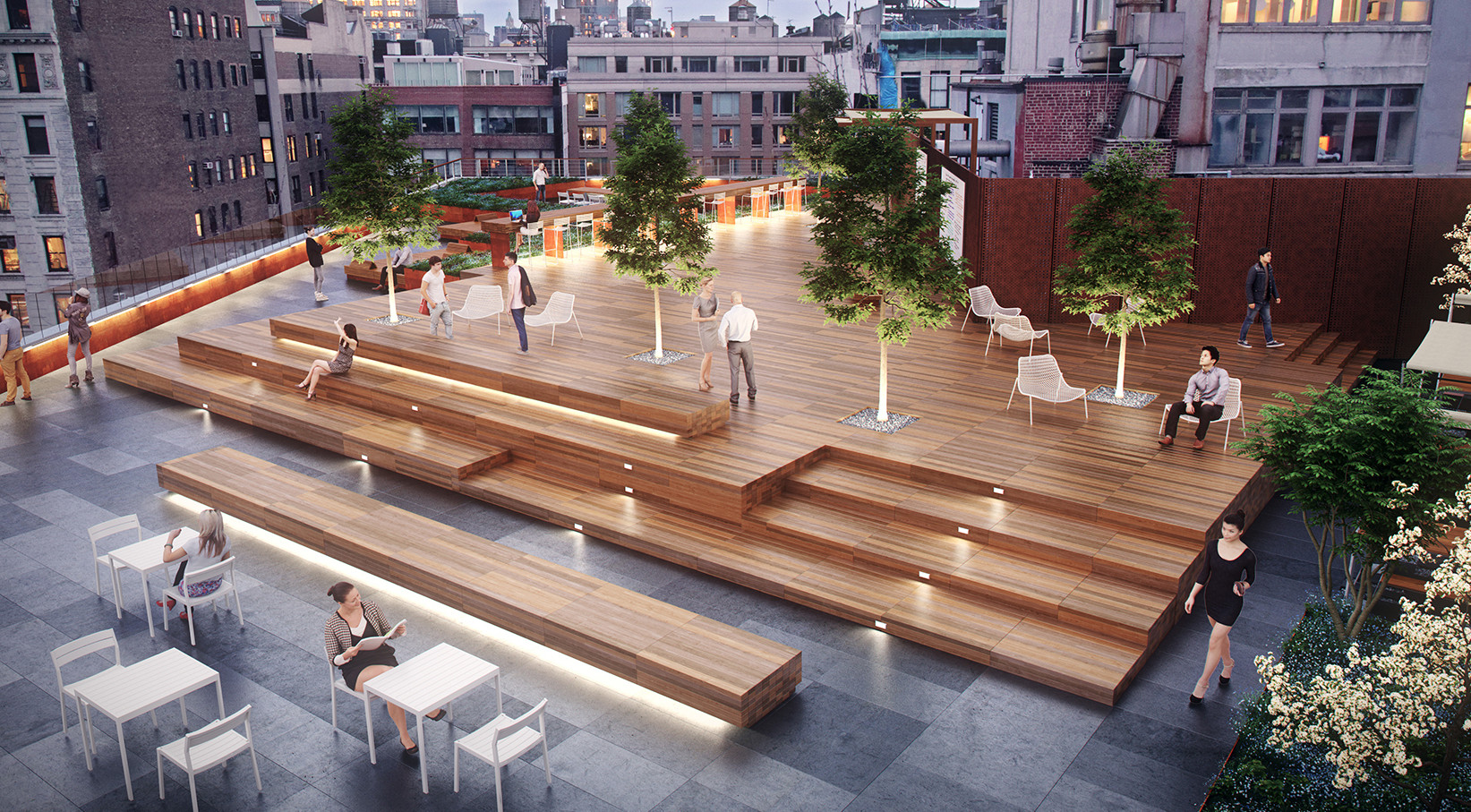 Grovo, a fast-growing firm that produces video learning tools to help organizations train their employees , has signed a lease for 70,000 s/f as part of a ten-year lease, across floors 5, 6 and 12.

The company is relocating from its headquarters at 3 Park Avenue where it currently occupies 29,000 s/f.

With the building now 90 percent leased, Grovo will use the space as its headquarters and joins SoundCloud, Dropbox and Brooklyn Roasting Company in the heart of the tech-centric neighborhood.

“With Grovo’s new round of funding and a growing headcount, 50 West 23rd Street will provide the company’s employees with flexible, 21stcentury work space and an incredible shared rooftop oasis by the designers of the High Line,” said Jed Walentas, principal of Two Trees Management.

“Building off of our success in DUMBO, where we learned that tech tenants need adaptable, open office space, 50 West 23rd Street has attracted top tenants across the industry. This building remains an ideal location for firms looking for centrally-located, adaptable spaces with first-class amenities.”

“We’re incredibly excited to have identified a new location for Grovo that will accommodate our current and future growth,” said Jeff Fernandez, cofounder & CEO of Grovo, “Expanding our presence in the New York tech landscape is important to us, and we’re particularly happy to be in one of the city’s leading neighborhoods for innovation. Our new home will provide open, communal areas for even more collaboration to accelerate our mission to deliver workplace learning programs people love.”

Grovo will move to its new headquarters in fall 2016 following the build out of its new space, designed by architect Bruce Schrimmer of Schrimmer Design Group. JIDK, the interior design firm behind Buzzfeed’s Los Angeles and New York offices and RRE Venture Capital’s New York space, will oversee office interiors with New Vista Space managing the entire build out.

Known for transforming learning for today’s teams, Grovo has grown annual recurring revenue by 400 percent over the past 12 months, and doubled total headcount from 100 to more than 200 employees.

Dan Conlon and Elizabeth Bueno, the in-house leasing team, brokered the lease on behalf of Two Trees while Colliers International’s Eric Ferriello, who represented SoundCloud in its lease, also represented Grovo, along with Robert Tunis and Michael Baraldi of Colliers.

With the Grovo lease, 50 West 23rd Street is now 90 percent rented. At the start of the year, file-sharing company Dropbox announced plans to move from 33 West 19th Street to the Two Trees property, taking 31,270 s/f across the entire fourth floor as part of a five-year lease with a five-year renewal option.

In June 2015, Two Trees signed audio-sharing juggernaut SoundCloud for a five-year, 43,000 s/f lease across the building’s ninth and 10th floors. There is still 15,000 s/f of space available on the upper floors of the building.

Two Trees  bought the 13-story pre-war building in the fall of 2010 and invested $25 million in  upgrades. Today the building features an 11,000 s/frooftop garden designed by James Corner Field Operations, the landscape architect behind the High Line, and Manhattan’s first Brooklyn Roasting Company café on the building’s ground floor.

DataVision computer and consumer electronics retailer also moved its flagship to the building’s ground floor in 2014.