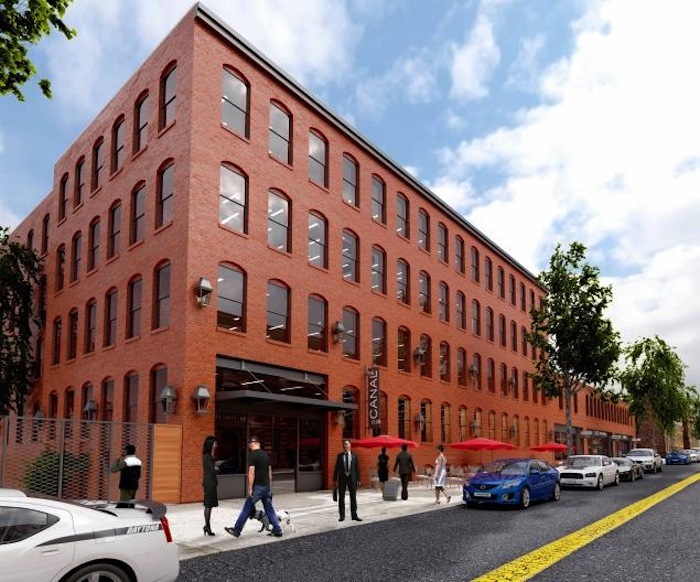 Gowanus is set for more trendy retail and tech office space following the purchase of a 90,000 s/f building, blocks from the borough’s first Whole Foods store.

PWR Holdings, LLC purchased 68-80 3rd Street back in November, but just closed on the sale last week. The five-story red brick building constructed in 1910 was historically home to a tile manufacturer, but for the past 10 years it was used as a film production facility.

PWR Holdings, led by LIVWRK principals and former Two Trees executives Asher Abehsera and Aaron Lemma, along with David Brecher, purchased the building with a plan to restore it.

“We are thrilled to have acquired an exceptional building with significant frontage on the only two-way corridor connecting Carroll Gardens to Park Slope in a very high barrier to entry market,” said Brecher in a statement.

“We’re very excited about the project,” he said, adding that PWR has been working on design and development plans for the building and plans to file for building permits in the near future.

“There was a tremendous interest in the property,” said Abehsera. “A couple weeks after we bought it, Whole Foods opened, and everybody who was walking by was calling us to see what we were doing with the building.”

Abehsera said the firm is aiming for January 2015 occupancy for the 3rd Street building, which will be a combination of commercial space and retail.

“We have a large tenant that will make their own announcement,” said Abehsera, who added that the tenant is in the tech/creative field.

“What’s drawing the tenant to the building is the proximity to employees in the engineering and creative side,” he said.
On the retail side, the building is drawing interest from local mom and pop health and wellness companies, which see a clear fit with the neighborhood.

“I think they see a synergy with Whole Foods,” said Abehsera.

Abehsera formed PWR last April, after leaving Two Trees Management Company after eight years with the company, where he was previously general manager of residential properties.

It was also around the same time he formed LIVWRK, a real estate firm focused on mixed-use urban development.

In a partnership with RFR and Kushner Companies, Abehsera with his firm LIVWRK has been working on the redevelopment of the Watchtower portfolio — the collection of buildings formerly owned by the Jehovah’s Witnesses in DUMBO/Downtown Brooklyn.

Last year, RFR, Kushner Companies, LIVWRK and equity partner Invesco closed on five of the six buildings in the Watchtower portfolio for $375 million.

“We’re enjoying the project and doing the work for the design inside,” he said. “A lot has to do with the street life we’re creating. It’s right between DUMBO and Downtown Brooklyn, an area people almost avoided for several year because nothing was going on there. From the development side, it’s the immediate conduit from Downtown Brooklyn to Brooklyn Heights.”