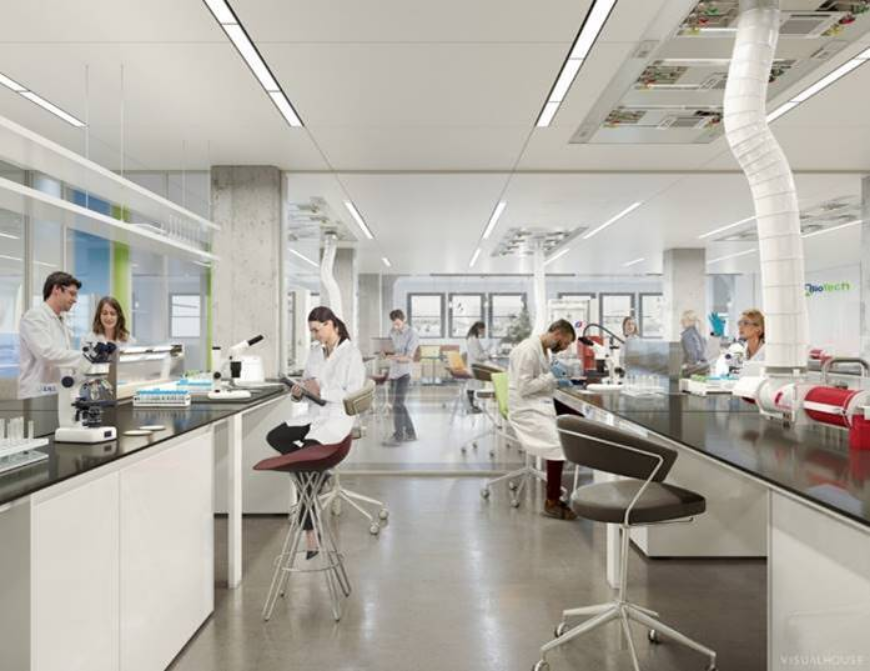 The development of The Hudson Research Center aligns with the city’s ongoing initiatives to expand Manhattan’s life sciences sector in an effort to compete with industry-leading cities such as Boston and San Francisco. In 2016, Mayor Bill de Blasio announced a $500 million initiative called LifeSci NYC to boost the life sciences industry in New York City.  Additionally, Governor Andrew Cuomo announced a $650 million plan to encourage development of the life science sector statewide.

HiberCell is a New York City-based biotechnology company that is the first of its kind to focus exclusively on dormant disseminated tumor cells (DTCs) and their role in cancer relapse. After securing over $60 million in Series A funding, the company seeks to detect, annotate and therapeutically target the ‘Achilles heel’ mechanisms of DTCs to prevent metastasis. The company is developing a pipeline of dormancy therapeutics to treat DTCs from solid and liquid cancers.

“We are very pleased with the vision and strategic design of our state-of-the-art headquarters within the Hudson Research Center on Manhattan’s west side,” said Alan Rigby, Ph.D., Co-Founder, President and Chief Scientific Officer at HiberCell. “This new life science ‘hub’ is well positioned to provide needed space for the growing life science, biotechnology sector within Manhattan.”

“To address the strong demand from early stage research companies, Taconic and Silverstein have developed a concept for plug-and-play wet labs and collaborative office environments that can be easily adapted by tenants to meet their specialized research needs,” said Matthew Weir, Senior Vice President at Taconic. “This model was successful at attracting HiberCell, an exciting new venture with research coming out of a NYC-based academic institution. We are thrilled to have HiberCell as a key tenant within the growing hub at The Hudson Research Center and look forward to supporting their research efforts.”

HiberCell’s investment syndicate was led by ARCH Venture Partners and other investment firms.

“Providing space that meets the unique needs of life sciences companies is critical to growing New York’s biotech sector, an industry central to the city’s competitiveness as a global hub for innovation,” said Maria Gotsch, President & CEO of the Partnership Fund for New York City. “The investment that Taconic and Silverstein have made at the Hudson Research Center is allowing HiberCell, which received the Partnership Fund’s BioAccelerate NYC award to advance commercialization of academic research, to remain in New York City and contribute to the growth of jobs and economic activity in life sciences.”

Riding the momentum of the HiberCell lease, Taconic and Silverstein have also announced the launch of Phase II of construction which will include up to 100,000 s/f of additional wet lab and office spaces.  The pre-built, flexible suites are targeted at early-stage research companies and consist of flexible, modular and adaptable research labs and modern collaborative office environments.

In addition to the specialty infrastructure required for research labs, the building features 33,000 s/f floorplates, lofty ceilings, abundant natural light from multiple exposures and unobstructed views of the Hudson River and the adjacent DeWitt Clinton Park.  The landlord has commenced construction on the 32,512 s/f 7th floor, which will be able to accommodate up to three research companies upon completion in November of this year.

AIG antes up $280M to refinance Empire Stores in DUMBO