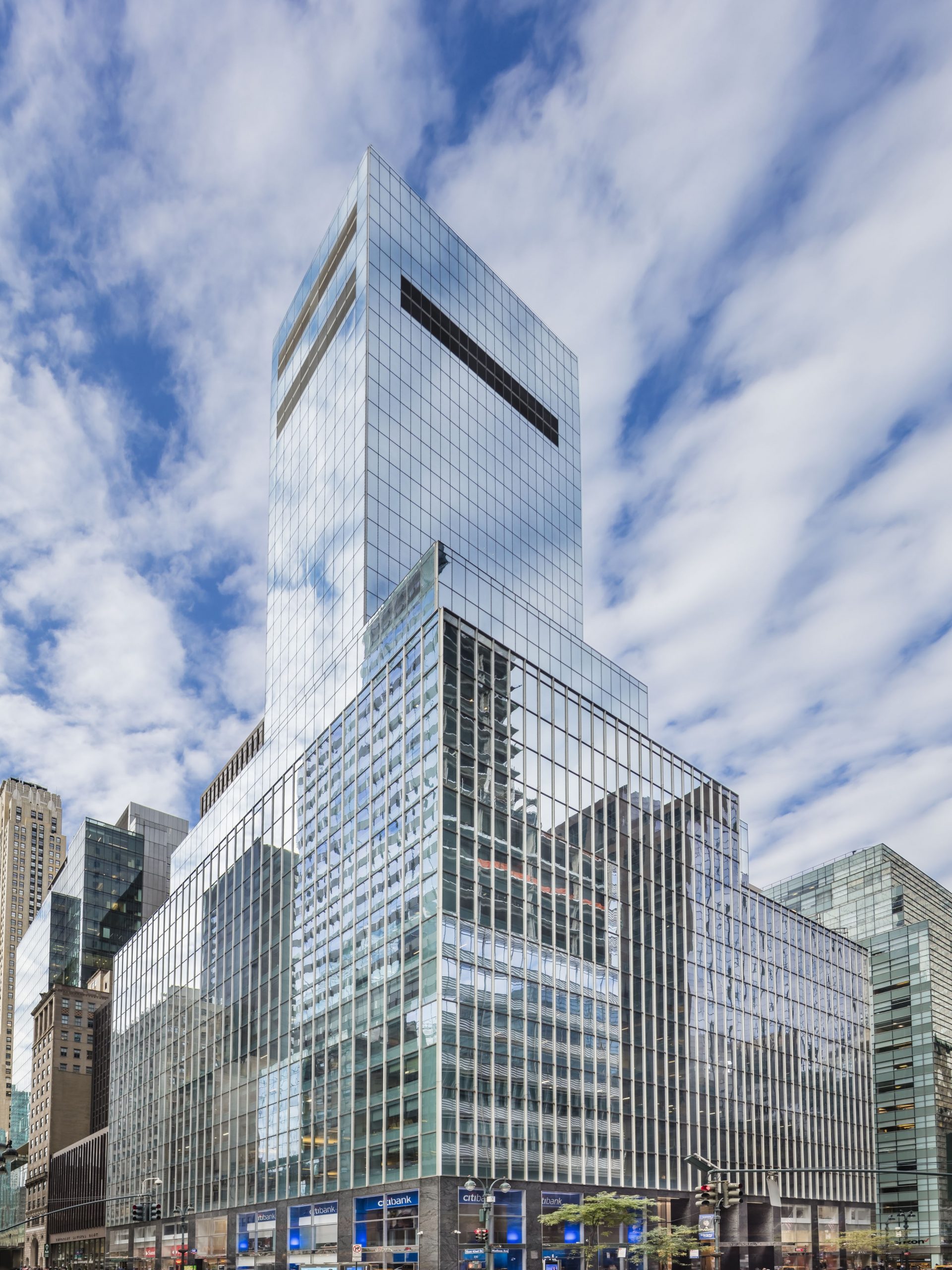 Stacom, Shanahan win Most Ingenious Deal of the Year

Darcy Stacom and Bill Shanahan of CBRE were named the first prize winners and received the Henry Hart Rice Achievement Award for “1 Plus 1 Equals 3 (30 Madison)” at 330 Madison Avenue.

“This year’s Sales Deal of the Year Awards contest underscores the critical role commercial brokers played to keep our industry going during an extremely challenging year,” said REBNY President James Whelan. “We applaud all of tonight’s Submitting Brokers, who exemplify not only this contest’s spirit of ingenuity, but also the grit and determination that helped our beloved City and fellow New Yorkers overcome the COVID-19 pandemic.”

Taking first place, Darcy Stacom and Bill Shanahan of CBRE represented Abu Dhabi Investment Authority (ADIA) in disposing of its 75% interest in 330 Madison after owning it for 40 years and unlocked the full value for ADIA in the Joint Venture (JV) agreement. After ADIA exercised its Buy/ Sell VNO pursued a partner to buy but then chose to sell. The asset had a major loan with term and the cost of defeasance was prohibitive. Immediately after the exercise a major tenant announced they would hold up their renewal until they knew who the new owner was and yet another tenant chose to give back a full floor. This opened the possibility of a user buyer which Shanahan immediately pursued. To entice a wider pool of investors, Darcy ingeniously positioned the asset as a long-term covered land play, as the site was zoned for 30 FAR.

MEAG was a potential user buyer, whose U.S. headquarters located at 540 Madison still had a few years left on their lease. They looked to 330 Madison as both an investment and a headquarters. MEAG was unfortunately an all cash buyer and had never used financing. CBRE worked to make them comfortable with the process and overcame several rating agency and lender hurdles. The $900 million transaction finally closed on February 28, 2020 just before the citywide COVID-19 shutdown.

Third place winners Ira Schuman and Richard Eaddy of Savills helped the National Urban League (NUL) return to its historic home in Harlem at 121 W 125th Street. As the NUL’s headquarters lease was coming up on Wall Street, it became apparent that they could more closely align their real estate with their organization’s mission of economic development and empowering communities. As the NUL strongly advocated for individual home ownership, the Savills team outlined to NUL’s leadership the benefits of outright ownership or the financial equivalent through a very long-term ground lease, as well as the benefits that could be achieved such as a real estate tax exemption, borrowing at historically low interest rates, especially on a tax-exempt basis and the zero cost of capital to the extent donations could be generated.

Savills identified an ideal site, a 4-story parking garage on 40,000 square feet of land owned by New York City and the State of New York that was not on the market. After a proposal to the government that new national headquarters for an important national nonprofit organization in historic Harlem would be much more impactful to the neighborhood than a parking garage, the government agreed to put the site out to open bid. To win the competitive RFP process and ensure a breakeven solution that would absorb the additional floor area ratio (FAR), Savills recommended to create a mixed-used facility to include a Civil Rights Museum to bolster local tourism and educate the youth, retail space to support the organization, affordable and supportive housing, and offices and conferencing facilities for NUL. Afterwards Savills was able to help the NUL win a 99-year ground-lease to the property at a very nominal rent to build a new 420,000-square foot building, which has since been named the Urban League Empowerment Center.