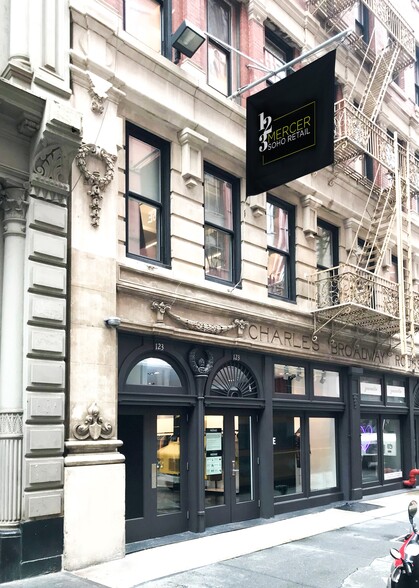 JLL has completed a 2,822 s/f lease at 123 Mercer St. in SoHo on behalf of Meermin Mallorca Shoes.

The tenant signed a 10-year lease with property owner SL Green Realty Corp. for 2,153 s/f on the ground floor and 669 s/f in the lower level. Meermin Mollorca Shoes is relocating from a second-floor showroom space at 130 Greene St.

Meermin Mallorca Shoes is a family-owned shoe retailer based in Mallorca, Spain, that crafts quality Goodyear-welted shoes with store fronts in Paris, Madrid and New York.

“We are pleased to help Meermin Mallorca secure its first retail space in America,” said Schuss. “The commitment to SoHo by a leading international retailer highlights the enduring appeal of New York City as we emerge from the pandemic.”