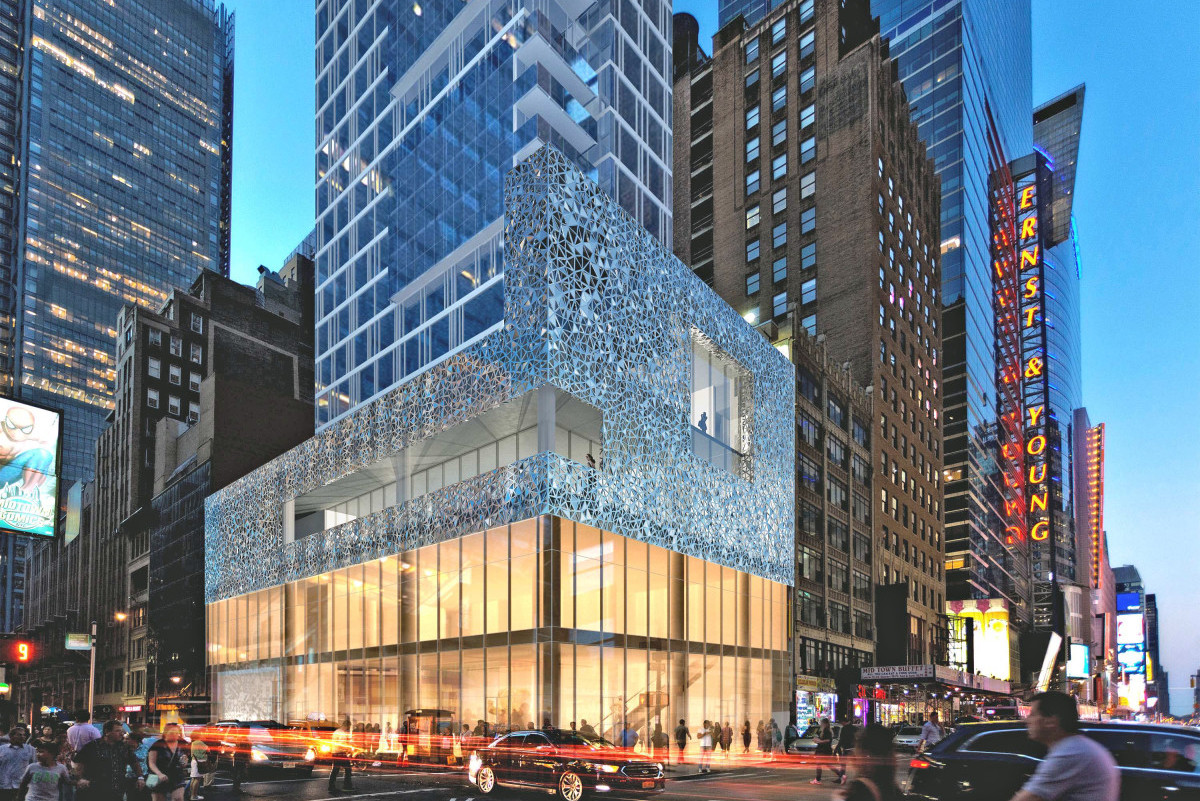 Soho Properties has released new renderings of the retail portion of the Dream Hotel now under construction at 560 Seventh Avenue in Times Square.

The new construction, tall glass storefront will have limited columns and a ground floor comprising 5,515 s/f with 22 ft.ceilings.

Soho Properties purchased the site in partnership with MHP Real Estate Services and hotelier Hampshire Hotels Management for $61.5 million in 2013.

Site of Parsons The New School for Design, the building was best recognized as the set for the Bravo television series Project Runway.

The property, located on the northwest corner of 40th Street, also houses the Garment Center Congregation. The developers reached a deal to temporarily relocate the congregation during the redevelopment and to incorporate a new sanctuary into the development plans for 560 Seventh Ave.

The partners are spending $300 million redeveloping the site into a Dream Hotel and luxury retail complex. Stonehill & Taylor is the architect for the project. UAP North America designed the retail podium. The tower is projected to be completed by the first quarter of 2018.