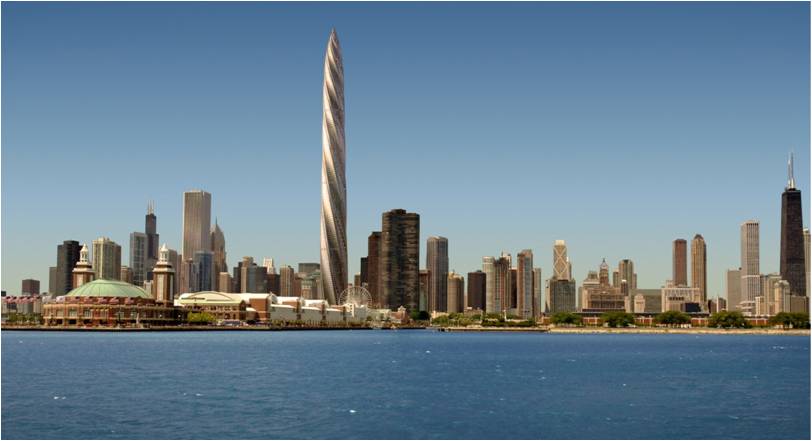 Curious if the U.S. stock market is heading for a crash in 2014? One way of finding out may be to count the skyscrapers planned or under construction in New York City.

Gunter Loffler, a professor of finance at Ulm University in Germany, has studied the correlation between skyscraper construction and stock market returns from 1871 to 2009.

He found that a skyscraper boom tends to be followed by a stock-market crash, or at least a readjustment.

In 1929, New York City was in the midst of the greatest skyscraper boom in history, with the Chrysler Building under construction and the Empire State Building in planning. That same year, Wall Street crashed, ushering in the Great Depression.

In 1993, construction began on the tallest building in the world in Kuala Lumpur, Malaysia. Before the Petronas Towers could be opened, the Asian financial crisis sent Malaysian and world markets on a tailspin.

No coincidence, Loffler argues in his paper “Tower Building and Stock Market Returns”, published in the Journal of Financial Research’s 2013 fall issue. The paper compares the number of construction starts of skyscrapers — defined as buildings taller than the average height of skyscrapers built in the 30 years before — with stock prices, and finds a systematic correlation.

Loffler fields two likely explanations for this. His “rational” explanation states that financing is cheaper and easier to get in times of a stock-market boom, and building more skyscrapers makes perfect economic sense at the time.

According to a more “irrational” take, people are prone to over-optimism during a boom, and thus build more skyscrapers.

Either way, a tower-construction boom tends to spell trouble.

Does this mean New York City should brace itself for an imminent crash, considering the flurry of luxury towers planned or under construction? Not necessarily, says Loffler.

“This is only a statement on the average,” he told Real Estate Weekly. “If you look at individual cases, it’s not that useful. One example is the Burj Khalifa in Dubai. Construction began in 2004, but it took several years before the stock-market crash occurred.

“Other factors play a role too. For example, a city can become more attractive as an investment destination — which is something I haven’t looked at,” he added.

Still, Loffler’s model offers a possible prognosis for stock prices — despite its statistical uncertainty. Had stock-market investors looked at skyscraper construction seven years ago, they could have saved a lot of money.

In June 2007, construction of the Chicago Spire began. It’s slated to become the tallest building in the Western Hemisphere with a height 2,000 feet.

As Loffler writes in his paper, “The number of towers taller than 100 meters that were started to be built in 2007 was more than twice the annual average of such construction starts over the 20 years from 1987 to 2006.” The following year, financial markets imploded and the Chicago Spire was shelved indefinitely.
While stock markets have since recovered, the Spire is still a long way from being built. If we are to believe Loffler’s argument, that’s a good sign. деньги в долг