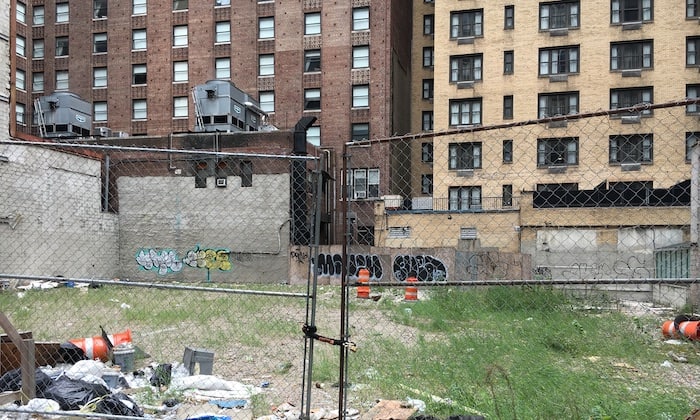 The company announced this morning that development is underway on the vacant site at 131 East 47th Street (pictured top). Ismael Leyva Architects has designed the 200-unit tower that will rise 500 ft and include 5,000 s/f of retail at its base along with “several landscaping features and sky lounges.”

“The market in midtown Manhattan will see continued demand as it is at the epicenter of corporate headquarters, national landmarks, renowned cultural institutions and Michelin-starred eateries, in addition to east side access which will change the landscape” said Schuster, managing principal, Silverback Development.

“It is an honor to develop a project of this caliber and we are uniquely positioned with on-the-ground expertise to create an exceptional offering. It’s also a real testament to our abilities and our commitment to delivering best-in-class properties, even during this COVID pandemic.”

In its first overseas acquisition, the company said in a statement that it estimated the total development investment for the venture, including the purchase price, would be $225 million dollars, with 60 percent of that to be financed by bank loans and the remainder coming from “internal resources.”

New Empire had planned its own luxury development on the site it acquired for $81 million in 2015, but the project fell apart amid legal wrangling over brokerages fees with the now defunct Town brokerage.

Following its acquisition of the site, Hopson said it was looking to establish a  platform from which it could expand into the country should the opportunity arise.

“The company wishes to expand its property investment globally through investments in high quality property projects in major cities in order to improve the group’s allocation of assets and bring returns to the group,” said the company in a statement, noting that it had targeted Manhattan because of its status as a global financial.

According to a report from Douglas Elliman, there were just 77 sale contracts signed in Manhattan last month for condos priced between $1 and $20 million, more than half of which were priced under $2 million.  At this time last year, there were 417 signed contracts.

In its May report, Douglas Elliman said, “Because New York City remains under strict ‘Shelter in Place’ rules, the number of new signed contracts will remain nominal until brokers are allowed to physically show properties, which is anticipated to occur towards the end of June.”