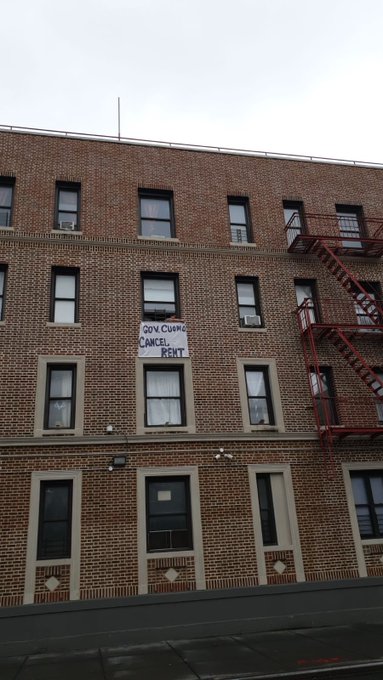 The Real Estate Board of New York (REBNY) is calling on the State to scrap the city’s Rent Guidelines Board after it voted to freeze rents for one million New Yorkers.

“It’s past time for the State to seriously consider replacing the Rent Guidelines Board with a standard formula that strips the politics out of the math of operating a building and provides a predictable and stable marketplace for tenants and property owners,” said James Whelan, president, Real Estate Board of New York.

The comment came after the RGB  – a group appointed by Mayor Bill de Blasio –  voted to freeze rents on regulated apartments and imposed a one percent increase on the second year of a two-year lease, starting Oct. 1, 2020.

The rent freeze is the third during de Blasio’s tenure in office, but the first time a freeze was implemented for a portion of a two-year lease.

The freeze, on top of the restrictions imposed by the 2019 rent-control laws implemented in New York, will add significant financial hardship to owners of rent-stabilized buildings and could lead to decreased services or financial distress on mortgage payments and asset values, according to Jonathan Woloshin, head of US real estate at UBS Global Wealth Management’s Chief Investment Office.

Tenant groups have hailed the freeze coming as it does as the city struggles to recover from the COVDI-19 pandemic. “We find any rent increase in the middle of a pandemic to be unconscionable. We are glad that the Rent Guidelines Board and the Mayor are giving tenants some relief with these historic low increases.” said Ava Farkas, chief executive  of Metropolitan Council on Housing.

However, the Rent Stabilization Association, which represents 25,000 owners of the one million rent-stabilized apartments in the five boroughs, called it “pandemic politics.”

“Typical de Blasio pandemic politics, denying owners of small buildings, mostly immigrants and people of color, the rent revenue needed to operate their buildings, finance capital improvements, infuse jobs and revenue into their neighborhoods, and pay property taxes that he raises every year,” said Joseph Strasburg, president of the RSA.

“De Blasio and his rent board puppets disregarded landlords’ increased operating costs – including a nearly six percent increase in property taxes alone – and, instead, authorized an unjustifiable rent freeze under the guise of pandemic relief.

“They ignored the fact that New Yorkers received government stimulus and enhanced unemployment benefits, and that hundreds of thousands of households are either already back to work or returning in the weeks ahead,” Strasburg continued.

REBNY is part of a coalition of city business groups calling on the de Blasio Administration and City Council to provide property tax relief for struggling owners, particularly small landlords bearing the brunt of the COVID-19 economic fallout.

“The Mayor’s decision to raise property taxes by 23 percent over the past five years without allowing for fair and commensurate rent increases in rent stabilized buildings will hinder owners’ ability to pay for basic maintenance, contribute to job loss and ultimately jeopardize tenants,” said Whelan.

New York City Council is considering several bills that would defer the payment of real estate taxes, as well as lower the penalties for late tax payments by 50 percent.

However, according to UBS’s Woloshin, “The realities are that building owners are faced with rising operating costs, including real estate taxes, insurance, and employment, among others. If costs continue to significantly outpace revenues, NOI will invariably decline. As NOI is a key input in the calculation of asset value, it would not be an unreasonable conclusion to see asset values negatively impacted in the future.”

Robert Gilman, co-leader of the Real Estate Group at Anchin, added, “While a freeze on one-year leases was a possibility during this pandemic, it’s just another blow to landlords. Building expenses are increasing. It’s not fair that everything keeps going against the landlords. Let’s see what happens with real estate taxes.”

According to a survey released by Community Housing Improvement Program (CHIP) this week, for a third straight month nearly one-quarter of all rent stabilized residential tenants paid no rent, and about two-thirds of all commercial tenants in rent-stabilized buildings paid no rent.

Jay Martin, Executive Director of CHIP, said, “Renters need a massive federally-funded bailout or we will see families across our city suffer in unimaginable ways. State and City officials must also work with small building owners to relieve their crushing tax burden so they can have more flexibility to work with tenants that can’t make rent payments.”