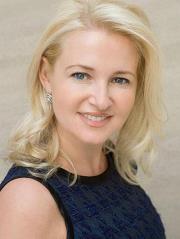 Shtainer’s a star who is always on the rise

Victoria Shtainer describes herself as someone who likes challenges, which helps explain why she plans to leave the brokerage business within the next three years.

“I don’t see myself in the same career for a long period of time,” Shtainer said, adding that she might switch to real estate development or property management.

The Douglas Elliman agent will leave the business in an enviable position, having become one of New York’s select few star brokers that rack up multi-million dollar deals on a regular basis.

Her largest deals include the $15 million sale of a One Beacon Court apartment on East 58th Street to Berkshire Hathaway Exec Ajit Jain in 2011 and the $6 million sale of a condo unit at Tribeca’s 101 Warren Street in 2008.
More recently, Shtainer went under contract for a $4.4 million condo at 252 East 74th Street, where she also has a $8.8 million apartment listed.

Shtainer’s success is all the more remarkable considering she only became a broker 12 years go. It was Douglas Elliman broker Randi Wender who convinced her to get into the business.

“She was my neighbor and always said I had the knack for it. One day she said ‘Why don’t you join my team’, and pushed me into doing apartment deals right away,” Shtainer recalled. Wender and Shtainer now work together on Douglas Elliman’s Victoria Shtainer team, along with four other agents.

At that time, she had no prior experience in real estate.

Shtainer was born in Soviet Lviv, but her family left the country in 1978 when she was six. After brief stops in Vienna and Rome, Shtainer settled in Brooklyn.

She attended Brooklyn College and later received her J.D. from Queens Law School.

After stints as a public interest and injury lawyer, she became a litigator for Allstate Insurance.

But when Shtainer and her husband Alfred, a doctor, had their first of three children, working regular hours became difficult.

Shtainer decided to leave Allstate — a decision that proved fortuitous. She said her years as a lawyer help her quickly understand and evaluate contracts, enabling her to close deals more quickly than others.

Recently she even had a small legal dispute on her hands. After going under contract for a two-bedroom apartment at 85th Street and Madison, the seller changed his mind and claimed the unit was no longer for sale.

The buyer, who Shtainer represented, was forced to sue the seller, and the deal finally closed last week.

“I hate it when that happens,” Shtainer said, adding that she still has “no idea” why the owner tried to abort the sale.
Googling Victoria Shtainer’s name results in a flurry of quotes and interviews on Russian investment in New York real estate, but she says she is somewhat surprised by journalists’ insistence on interviewing her on the subject.

Unlike other Soviet-born brokers ,like Maria Bababev or Gennady Perepada, Shtainer only has very few Russian clients. She claims 80 percent of her clients are domestic, and most of the foreign buyers she works with are from London.

“Being a woman in this business and having a family is very difficult,” she said. The almost 24-hour demands of her job make it difficult to spend time with her children, aged 15, 13 and seven.

“That is a very big battle. I do have the guilt and there are things that I do miss, but I try to show up to as many things as I possibly can — it’s very important to me.” займ