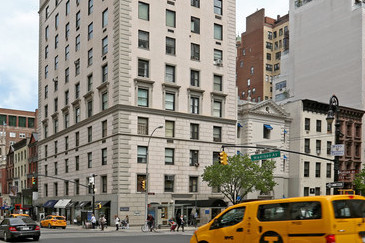 Shoe designer Robert Clergerie on the move up Madison

The Worldwide Leasing Team of Faith Hope Consolo at Douglas Elliman arranged the lease at 901 Madison Avenue, between 72nd and 73rd streets, on the Upper East Side of Manhattan.

901 Madison will become the new New York flagship for Robert Clergerie, which is relocating from 62nd St. at Madison, ten blocks north. The Paris-based company has 18 boutiques worldwide.

Robert Clergerie traces its roots to 1895, and is now owned by First Heritage Brands, which also own Delvaux, the oldest luxury goods house in the world, founded in Brussels in 1829, and Sonia Rykiel, the French fashion brand created in Paris St-Germain-des-Prés in 1968.

Sarah Jessica Parker, the ultimate fashionista and Queen of Shoes, chose to wear Robert Clergerie heels to her 1997 wedding to Matthew Broderick. Other celebrities who adore the brand include Jessica Alba, Sienna Miller and Selena Gomez.

“The European flavor has always been important to this stretch of Madison Avenue’s designer row, with Editions de Parfums Frederic Malle across the street and, for many years, Galerie Perrotin, which just moved downtown, with their space on Madison now the Levy Gorvy Gallery,” Faith Hope Consolo said.

The Worldwide Leasing Team was the exclusive agent for landlord of 901 Madison Avenue and Cushman Wakefield represented the tenant in the transaction.