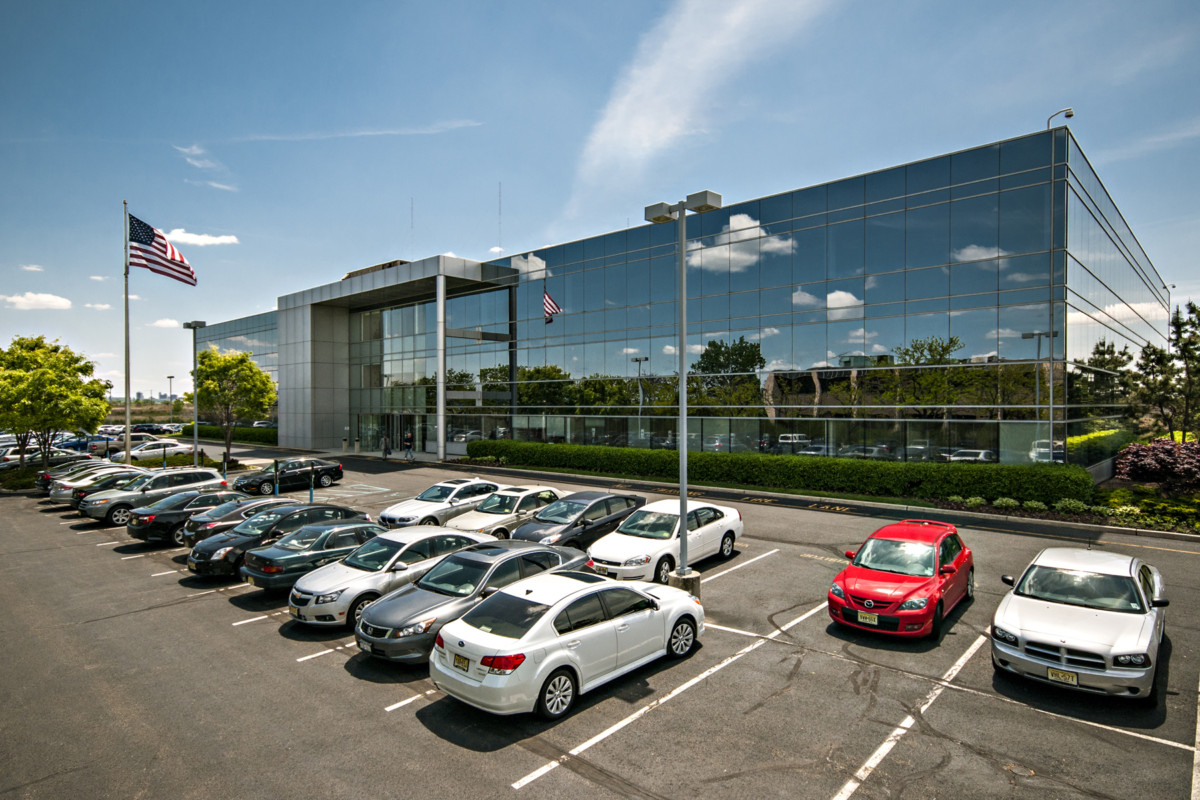 Normandy RE Partners has sold a trophy New Jersey office property for $44 million.

Holliday Fenoglio Fowler represented the firm, and funds managed by Partners Group, in the sale of 10 Sylvan Way, a 125,735 s/f property in Parsippany, NJ.

HFF previously arranged renovation and build-to-suit financing for the seller in 2015, and also sold two adjacent buildings to the buyer and another Griffin Capital-sponsored entity within the last two years.

10 Sylvan Way is located on 23.15 acres within the Mack-Cali Business Campus.

The three-story property is fully leased to a Zoetis, an animal health company spun off from Pfizer, as their global headquarters.

Bluejay Capital Management, a real estate management and investment company with a portfolio of retail properties across the country, was the buyer.

Midtown Crossing is located near some of Charlotte’s most important economic drivers less than a mile from the homes of Bank America, Duke Energy, Wells Fargo and the Nascar Hall of Fame.

“When Blujay came calling, we took advantage of their strong offer and decided to sell.”

Former ownership listed the estate of four buildings earlier this year and recently sold the last building in the collection.

On behalf of the sellers, a Cushman & Wakefield team led by Robert Burton and Keegan Mehlhorn brokered

“We handled this particular deal more carefully as it was an estate sale with many moving parts. There were multiple beneficiaries for each property, but not all the same,” said Burton.

Located on eight acres with direct access to routes 17 and 3, CityView Corporate Center was constructed in 1979, and renovated in 2006 and 2012.

Rugby Realty, purchased the three-story building in late 2013 and appointed Foster and Cushman & Wakefield’s Jerry Shifrin as exclusive leasing agents. Over the past two years the team brought the property to near full occupancy.

“When Rugby acquired CityView Corporate Center, it was only 60 percent occupied, and as it so often has done with other properties, expediently brought it to near full occupancy and then returned it to the market in a financeable and core condition,” Gabriel noted.

“In turn, the new ownership has made a solid investment in the Meadowlands office market, which continues to do very well from a leasing standpoint.”

One Old Country Road in Carle Place, North Hempstead, has traded for $17.3 million in a year-end sale jointly orchestrated by the New Jersey and Long Island offices of Colliers International Group Inc.

The tri-state-area investment sales team of Jacklene Chesler and Jonathan Schlussel, based in Colliers’ Parsippany, N.J., office, and Darren Leiderman, a Long Island office market expert based in Lake Success, N.Y., advised the seller and secured the buyer.

One Old Country Road serves as the headquarters for 1-800-Flowers and is 63 percent occupied with 27 tenants.

“Opportunistic investments involving properties of this size in core markets like central Nassau County rarely come along,” said Leiderman, who is heading the new leasing agency and will work closely with Colliers property management on the assignment.

“TCJ Realty, which is headed by a Chinese group that sees great potential in the area – already is gearing up its program to return One Old Country Road to its historic high occupancy and Class A status. This will include a significant infusion of capital for renovations, and a focus on tenant relations. Companies located there are enthusiastic about the coming changes, and we expect new leasing interest to accelerate quickly.”

Leiderman noted that One Old Country Road’s layout can be divided easily, enabling it to serve tenants of all sizes.

Marcus & Millichap announced the sale of 2819-2821 33rd St., two adjacent four-story residential buildings with a total of 38 apartments in the Astoria section of Queens.

The $11 million sales price equates to $510 per square foot, 18 times the gross annual rent, and a three percent cap rate.

“As apartment rents in Astoria continue to rise, more investors are choosing to focus on growing a portfolio in Western Queens,” said Matt Fotis of Marcus & Millichap’s Manhattan office.

Cushman & Wakefield has been retained to sell the nine-story elevator-serviced apartment building at 110 West 69th Street, located between Columbus Avenue and Broadway. The asking price is $29,000,000.

Owned by the same family for over 40 years and located steps from Central Park and Lincoln Center, the 48.5 ft. wide property contains 30,160 s/f and 36 apartments, 27 of which are free-market or vacant.

Constructed in 1924, 110 West 69th Street has a full, double-height basement, two elevators, and dual interior staircases with each unit having both a main entrance door and service entrance.