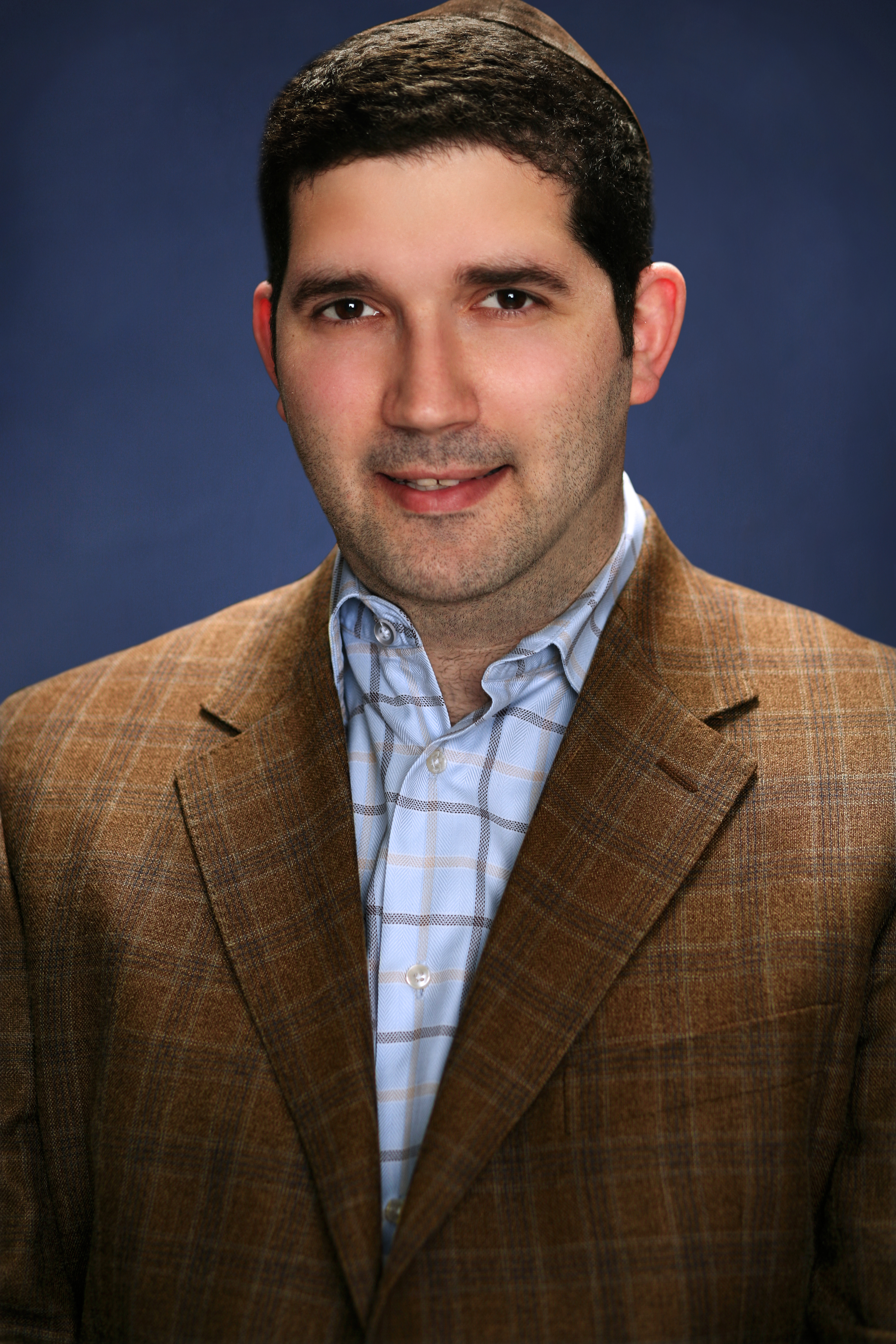 Heights section of Manhattan. With its per-unit price of $492,000, the transaction sets a record for the neighborhood.
GFI Realty Senior Director of Investment Sales Yosef Katz represented the seller, Madison Realty Capital, while GFI Realty Managing Director Roni Abudi represented the buyer, a local investor.
A six-story elevator building, 605 West 141st Street is  minutes from the 1 train and in proximity to the A, B, C and D lines.

Eastern Consolidated has been retained as the exclusive agent to market for sale 51-55 Irving Place, a six-story mixed-use building in Gramercy Park, for $62.5 million.
The 49,775 s/f elevator property, located on the northwest corner of East 17th Street and Irving Place, has 56 apartments – 40 free market, 13 rent stabilized, and three rent controlled. The building’s  retail space is divided into four units plus an additional separate and detached townhome currently occupied by high-end food and beverage tenants.
The property at 51-55 Irving Place has a fitness center, laundry room, terraces, and working fireplaces in certain residential units.
David Schechtman and  Andrei Danshes are marketing the property.

Ariel Property Advisors announced the sale of a 16-building portfolio at 150, 165, & 220 Trantor Place in the northern section of Staten Island for $17.89 million.
Exclusive agents Victor Sozio, Shimon Shkury, Michael A. Tortorici, Mark Spinelli, and Josh Berkowitz represented the seller, a real estate investment firm, and procured the buyer, a private investor. The 177-unit portfolio consists of 71 two-bedroom and 106 one-bedroom units.

Silvershore Properties announced the recent closing of a $3.625 million package of three multi-family properties featuring 22 apartments at 137, 148 and 150 Patchen Avenue in Bedford Stuyvesant.
At the end of 2014, they also closed on a $1.8 million acquisition of a four-unit multi-family property at 193 Sackett Street in Carroll Gardens and purchased 521 Columbia Street in Red Hook, a 200-foot wide, 14,000 sq. ft. retail strip featuring eight stores for $6 million.
The company also acquired 857-861 Atlantic Avenue for $3.75 Million. These buildings have three stores and six apartments and are located across from the Pacific Park/Atlantic Yards development.

New York-based AWH Partners, and joint venture partner, Starr Companies, have closed on the purchase of the Los Angeles Marriott Burbank Airport.
This acquisition pushes AWH Partners past the half billion mark in hospitality investment over the past three years.
AWH Partners will complete the remainder of a $13.5 million renovation of the hotel and convention center and Spire Hospitality will operate the property.
With the addition of this hotel, Spire Hospitality now manages 4,865 rooms and more than 250,000 s/f of meeting space.
“Our strategy continues to be finding significant off-market and narrowly marketed value-add investment opportunities,” said Chad Cooley, principal of AWH Partners.
HFF handled the sale. The purchase price was undisclosed.

In an all cash transaction, this property sold for $9,725,000, which equates to a capitalization rate of 3.6 percent, gross rent multiplier (GRM) of 14.0 and $217 per square foot. The building has limestone details on its façade and sits on a 89 feet by 100 feet lot, across from a children’s park.
The 6-story elevator building is comprised of 49 large apartments and 1 store. This property was built in 1909 and has approximately 44,748 s/f.

CBRE Group Inc. announced that Jeffrey Dunne, Kevin Welsh, Brian Schulz and Frank Maresca of CBRE’s Institutional Properties along with Michael Hines, Brian Fiumara and Brad Ruppel of CBRE’s National Partners, as well as Bill Waxman of CBRE’s Saddle Brook office, represented Tulfra Realty II, LLC in the $27.3 million sale of 10 Clifton Boulevard, which closed in September 2014.
In addition, the combined team closed the sale of 200 Clifton Boulevard in January 2015. Both properties are located in Clifton, New Jersey.
The team was also responsible for procuring the buyer, J & L Real Properties, LLC, which was a first time buyer in New Jersey.
The Portfolio is comprised of two multi-tenant industrial buildings totaling 288,469 square feet (10 Clifton – 144,005 s/f  and 200 Clifton – 144,464 s/f) which were redeveloped by Tulfra in 2004.

● Eastern Consolidated
Majority interest in High Line property up for grabs
Eastern Consolidated has been retained as the exclusive agent to market for sale the majority interest in HIGH LINE 537 — formally known as 537 West 27th Street — in West Chelsea for $50 million.
The five-story, 47,000 s/f residential building— located on West 27th Street just off of The High Line between 10th and 11th Avenues — is comprised of 28 units with nine-foot ceilings, a furnished rooftop terrace, and two retail spaces.
The ground floor, retail spaces have 15-foot ceilings and are currently occupied, while the 12,000 s/f lower level retail space has 20-foot ceilings and is also occupied.
Ownership’s managing partner seeks to recapitalize the asset by offering a substantial equity stake in this newly-constructed, amenity-rich building. In addition to maintaining managing control of the property, the operating partner seeks to retain its own equity stake of approximately ten percent in the ownership.
“This is an exceptional opportunity to acquire substantial interest in a multifamily residential asset that maintains a fully-stabilized operation and cash flow,” said Brian Ezratty,  who along Ross Weiner and Scott Ellard, exclusively represents the seller. “

Gaia Real Estate has announced the sale of 11 Spencer Court, the tallest multi-family residential building in the Bedford-Stuyvesant neighborhood of Brooklyn for $13 million.
The buyer is Persam White, a limited liability company that owns several small real estate assets in Brooklyn.
Gaia purchased the 23-unit building in early 2012. Completed in 2011, Spencer Court consists of a mix of studios, two-bedrooms and duplexes.

Treeline, in a joint venture with Long Wharf Real Estate Partners and KABR Group, has acquired four floors of office condominiums at the 14-story 195 Montague Street for $30 million.
Purchased from Santander Bank, Treeline and its partners will assume ownership – with Treeline as a managing partner – of the 10th, 11th, 12th and 14th floors for multi-tenant occupancy. Together, the four floors total 76,580 s/f. Santander is currently leasing the 10th and 11th floors.
The building is a 14-story glass and steel office condominium built in 1960 and  converted to condos in 1994. Current tenants  include federal and city agencies as well as medical-related offices.
Financing was obtained through George Klett of Signature Bank, with Meridian Capital Group
Managing Director Tal Bar-Or serving as the mortgage broker in the transaction. Robert Hebron Sr. of Ingram and Hebron represented the buyers in the transaction, while Richard Bernstein of Cassidy Turley brokered on behalf of the seller.

Marcus & Millichap announced the sale of Nome Plaza, an 18,148 s/f strip center in Staten Island, N.Y. The $10.3 million sales price equates to $568 per square foot.
In the transaction, Plasky represented the seller, a Staten Island-based private investor and the buyer, a commercial real estate investor from New Jersey in a 1031 exchange. Nome Plaza was 100 percent occupied at the time of the sale.
Nome Plaza consists of 13 storefronts on a 38,000-square-foot lot with dedicated parking for 45 cars.