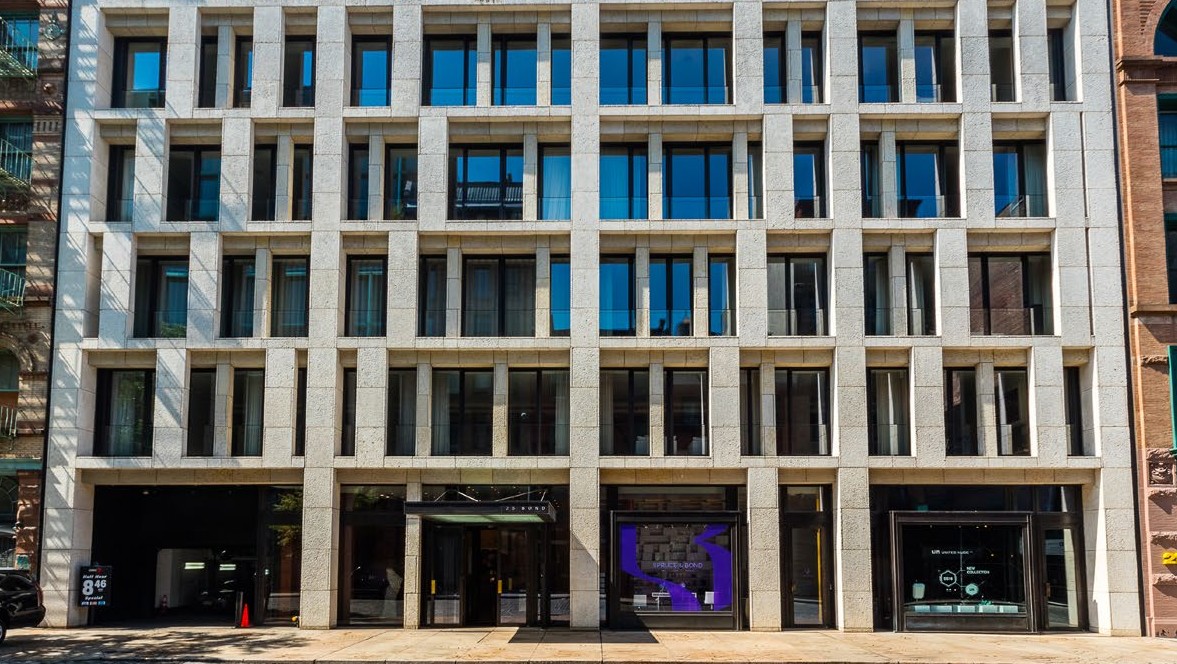 Equity One has purchased a Norwalk retail center for $30 million in a deal orchestrated by JLL.
On behalf of Christopher Road Associates, JLL’s Retail team announced the sale of the Wal-Mart Plaza, a 140,000 s/f power center at 680 Connecticut Avenue in Norwalk, Conn.
A related affiliate of Equity One (purchased the fully leased asset in an off market transaction.
Patrick A. Smith, vice chairman of retail brokerage, with JLL acted as advisor to Christopher Road Associates and was also the sole broker involved in the transaction.
“There has always been significant investor interest in Wal-Mart Plaza given the potential re-development opportunity, which is rarely available in the Norwalk, Connecticut sub-market. This transaction represented a prime opportunity for both the buyer and seller,” said Smith.

“This was a rare opportunity to acquire an elevator building with mostly three and four bedroom apartments,” said Seth Glasser of Marcus & Millichap’s Manhattan office. “Since all of the units are rent stabilized there was an enormous amount of upside potential left in the deal for the buyer.”
Glasser, along with Peter Von Der Ahe, Joe Koicim and Jacob Kahn, all in Marcus & Millichap’s Manhattan office, represented the seller.
Built in 1921 with 150 feet of frontage along West 142nd Street, the building is composed of a mix of one-, two-, three- and four-bedroom apartments.

Cushman & Wakefield has been retained to market 454 West 58th Street on the northern border of Hell’s Kitchen.
The asking price is $11,750,000.
The five-story building consists of 9,931 s/f and is comprised of 11 units of which ten are free-market and one is rent-controlled. The layout mix consists of a spacious ground-floor basement duplex, three one-bedrooms, four three-bedrooms and four four-bedrooms.
All of the free-market units have undergone extensive renovations and there are two private outdoor spaces for the ground floor rear apartments.
“454 West 58th Street presents a great opportunity to purchase a turn-key multifamily building with significant cash flow and long term upside,” said Hall Oster who is exclusively marketing the property with Chris Brodhead, Teddy Galligan and Cameron Mitchell.

Eastern Consolidated is requesting offers for a development assemblage at 30 East 29th Street, in the midst of the coveted NoMad, Gramercy Park, and Flatiron subdistricts. The property will be delivered vacant.
Exclusive agent Brian Ezratty, Vice Chairman and Principal, is marketing the property. Scott Ellard, Vice President and Principal, Financial Services, is the analyst for the deal.

“The site at 30 East 29th Street presents the opportunity to construct a new tower with up to 135,000 s/f of zoning floor area midway between Madison Avenue and Park Avenue South, at the center of Midtown South’s most desirable neighborhoods,” Ezratty said.
“Ownership has strategically assembled significant development rights from surrounding properties and has agreements with neighboring owners to allow for the development of a new ground-up structure on the site
Ezratty added that flexible zoning will allow for commercial and office uses as well as residential uses in an area where condominium sales exceed $2,500 per square foot and are reaching north of $4,000 per square foot.

Built to 42,783 s/f, the property was sold at a record breaking price of $603 psf — almost double the average sale price per square foot in the area.
According to EPIC Commercial Realty associate broker Ido Tzaidi, and investment sales associate Anthony Celifarco, “It was a challenge to get this deal done, but with productive negotiations and great client relations we were able to make it happen. Our goal is to always facilitate a smooth transaction between all parties involved.”
EPIC Commercial Realty sold 50-56 Manhattan Avenue for $25.8 million. Tzaidi and Celifarco represented both the seller and the buyer.

Marcus & Millichap announced the sale of 1269-1271 First Ave., a five-story, mixed-use elevator apartment building between 68th and 69th streets on the Upper East Side.
“Built around 1910 and family-owned since 1973, the building provides the new owner with a great opportunity to add value through comprehensive renovations,” said John J. Stewart of Marcus & Millichap’s Manhattan office.
Stewart, along with Michael Sadowsky, also in the firm’s Manhattan office, represented the seller and procured the buyer.
The building is situated on the eastern edge of the central Upper East Side near one of the largest and oldest aggregation of hospitals and medical educational institutions in the world. The average household net worth in the zip code is more than $1.3 million.
The property features three stores, eight studio apartments and 12 one-bedroom units. Of the 20 apartments, 18 are free market and two are rent stabilized.

GFI Realty Services has been named exclusive sales agent for 141 Chrystie Street, a development site on the Lower East Side.
Situated along a major commercial corridor, the parcel has a maximum buildable area of 18,950 square feet.
Currently occupied by a vacant, two-story, 4,356 s/f commercial building, the site is zoned C6-3A, with a maximum floor area ratio of 7.52, making it ideally suited for a mixed-use development.
GFI Realty Associate Aron Taub will oversee the marketing of the site, with pricing targeted at $13.5 million.
Taub points out that the surrounding corridors of Clinton, Orchard, Ludlow, Essex, Allen, Stanton and Rivington streets are “buzzing with lounges, restaurants and cafes,” and that the area has high foot and vehicular traffic, and a “tremendous demand” for residential inventory.
“The Lower East Side is one of the most dynamic areas in Manhattan,” he said. “It’s both a residential community with families that have been in the area for generations and a hub of social life for lovers of trendy restaurants and entertainment venues. The influx of new luxury residential and mixed-use development has just added another dimension to this thriving neighborhood.”

Cushman & Wakefield, on behalf of an affiliate of The EMMES Group of Companies, has sold three mixed-use buildings in the East Village.
The properties, located at 92-24 Second Avenue and 192-194 First Avenue, sold in two separate transactions for an aggregate consideration of $32 million.

Meridian Investment Sales has been retained to sell two retail condominium properties located on Bond Street in NoHo.
Senior Executive Managing Director, David Schechtman, Managing Director, Lipa Lieberman, and Director, Abie Kassin, are marketing the property.
25 Bond is composed of two contiguous retail condominiums. The first occupies 2,070 s/f and the second occupies 740 s/f. They have approximately 60 feet of frontage along Bond Street.
“Long undervalued, 25 Bond Street is a proven retail destination with ultra-elite high-end shopping and rents, which are exceptionally lower than SoHo and Tribeca,” Schechtman explained.
“The imminent lease expiration of one of the two stores makes this a very attractive near term growth opportunity.”

The three properties, which include the 20-unit building at 649 West 184th Street, the 25-unit building at 325 Wadsworth Avenue and the 24-unit building at 85 Fairview Avenue, were acquired in 2012 and 2013 by Castellan Real Estate Partners for a total of $7.625 million.
Meridian is also exclusively representing Castellan Real Estate Partners in the sale of the multifamily property located at 1315-1317 St. Nicholas Avenue that is in contract for $7.25 million and is marketing the 24-unit elevator multifamily building located at 4441 Broadway.
“Quality multifamily assets in the boroughs continue to sell at benchmark prices because cash flow coupled with continuing growth in these areas and the ample availability of financing at record low levels make for a perfect buying environment,” said Lieberman.

Publicity is still the most credible brand identification