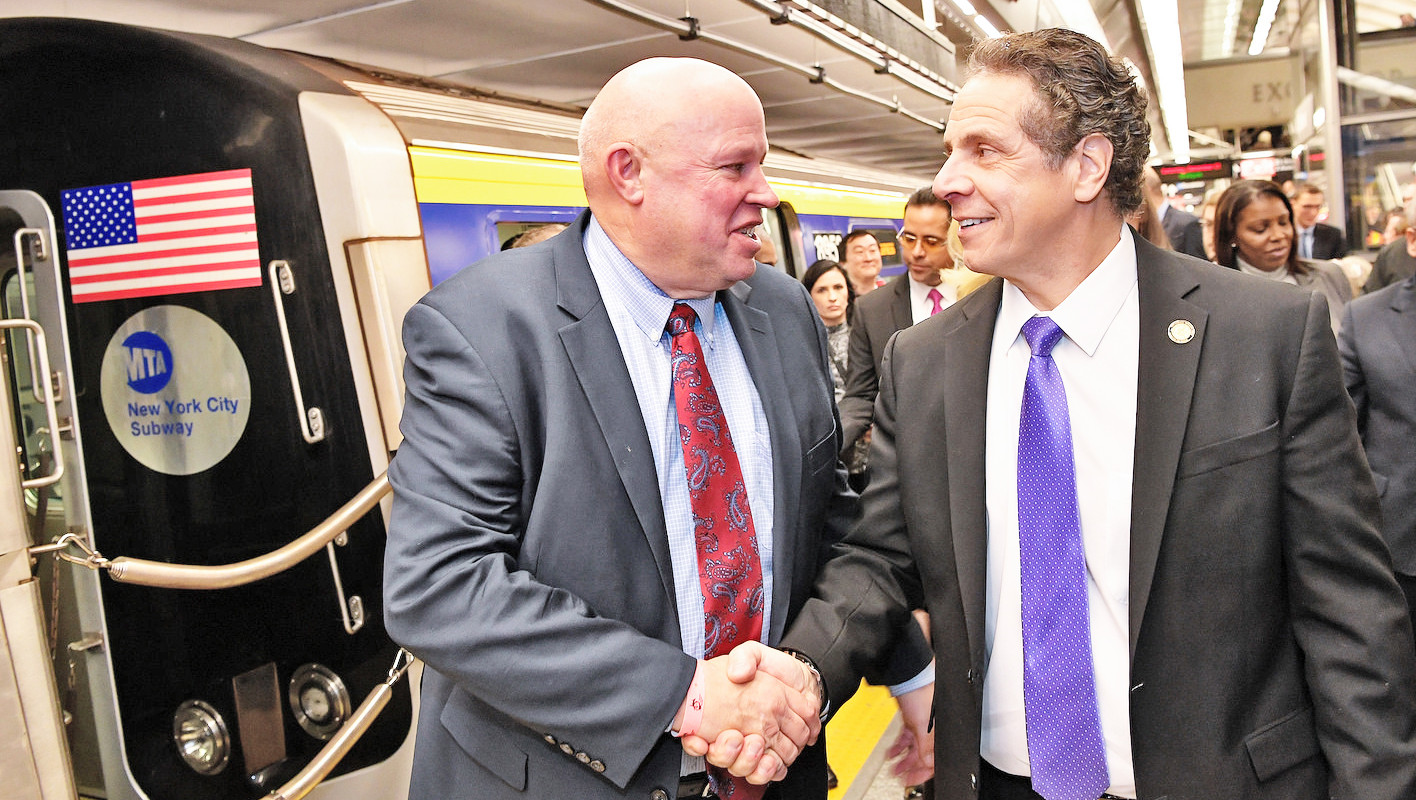 Governor Andrew M. Cuomo celebrated the New Year with the arrival of the Second Avenue Subway – the system’s first major expansion in more than 50 years.

Attendees rode to each of the new stations and rang in the New Year with a countdown and toast at the 72nd Street station.

“After nearly a century, the Second Avenue Subway is no longer a dream that only a few still believe is possible. Thanks to the dedication and tireless efforts of thousands of great New Yorkers, the stations are open, the trains are running and it is spectacular,ˮ Governor Cuomo said.

“With this achievement, we have recaptured the bold ambition that made the Empire State so great, proving that government can still accomplish big things for the people it serves. New Year’s Eve is all about starting anew and I am proud to ring in the New Year on the Second Avenue Subway and welcome a new era in New York where there is no challenge too great, no project too grand, and all is possible once again.”

The inaugural ride included stops at the new 86th and 96th Street stations, which were previewed to the public at open houses last week.

The celebration was attended by many of the workers who helped build the new line’s massive underground tunnels and stations, as well as the workers who will operate the system.

“This is a grand celebration befitting a truly historic occasion and a proud moment for the MTA,” Chairman Prendergast said.  “We thank the men and women who worked so hard on this massive project, and we hope all New Yorkers enjoy this new line and vastly improved commute.ˮ

A two-tiered mezzanine design is a fixture of the new stations and improves the flow of riders, reduces crowding on the platform and enhances the overall subway experience for riders.

There are completely new stations at 96th, 86th and 72nd Streets along Second Avenue, and a new entrance at 63rd Street and Third Avenue will allow riders to enter a renovated station for new Q train service there, including a connection to the existing F line.

The new Second Avenue Subway also features the largest permanent public art installation in New York State history, with dramatic, large-scale works by notable artists at each of the line’s new stations. Further phases of the project will extend the line to Hanover Square in the Financial District.