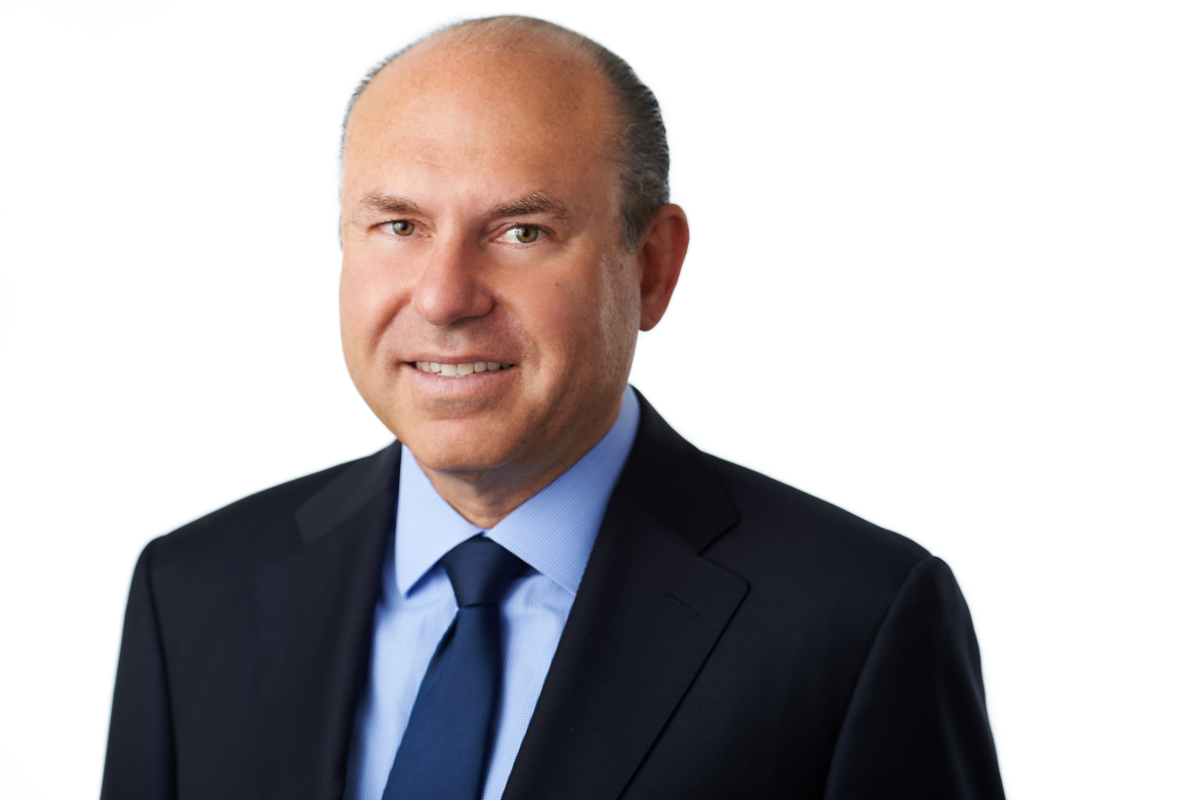 “I don’t like to talk about myself,” said ABS Partners Real Estate president and co-managing partner Gregg Schenker, on a hot July afternoon in his office overlooking Union Square.

Filled with photos of family, friends and business associates (and even a nice shot of him throwing out the first pitch at a recent Mets game) it’s a cozy retreat from the hustle and bustle of New York City.

Schenker may not like talking about himself, but he is eager to talk about his company, ABS Partners, which has been quietly partnering with the biggest developers in New York on some of the most high-profile deals and projects in the last several years.

ABS is a partner in the development that is being touted as the largest passive house residential building in the world, the Hudson Companies and Related Companies’ 26-story tower on the Cornell Tech campus on Roosevelt Island; A building rising on North 3rd Street and Berry Street in Williamsburg; a 274-unit building on Purvis Street in Long Island City being developed by Gotham and Brause Realty; and Halpern Ventures’ building The Jones on E. Houston Street on the Lower East Side.

The idea of partnering with other firms came from Schenker’s time at Helmsley Spear, where he started out in 1987 as a leasing broker.

“The philosophy at Helmsley was that you’d be a better salesperson, a better broker, a better manager, if you owned a piece of real estate, or a piece of a piece, or partnered on a deal, because you’d understand operating and the problems owners face,” said Schenker.

“I had the opportunity to participate in deals, and that’s where my strong focus was, and now that’s my philosophy with the people in this office — every time we buy a building, we offer people in the office the chance to participate.”

Schenker and three colleagues from Helmsley Spear  — Earle Altman, Peter Burack, and Steve Hornstock — formed ABS Partners in 1999. Starting out of an office at 1140 Avenue of the Americas with just seven people, ABS has since grown to a firm with more than 350 employees and four offices.

The company is headquartered at 200 Park Avenue South, the stately building on the northeast corner of Union Square Park. In addition to the many partnerships and joint ventures the firm has established, its services include retail leasing, office leasing, investment sales, property management, consulting, and marketing and research.

While he was still in college, Schenker worked in construction during the summer breaks, and it was his first peek at the world of NYC real estate. He recalled working on a site in Fort Greene, Brooklyn, which was quite a different neighborhood in the early 1980’s.

“It was an important event in my life, because I learned how to put together a building, but I also learned that I had an incredible interest in real estate,” said Schenker. Both his father and his grandfather were lawyers, and he was encouraged by his dad to go to law school and become an attorney as well, but it “didn’t appeal” to him.

A New York native, Schenker grew up splitting his time between the south shore of Long Island, where his mother lived, and 67th Street in Manhattan, where his father resided. His first apartment in Manhattan was a walk-up on York Avenue on the Upper East Side.

“They say you’re not supposed to fall in love with a building, but I love all the buildings,” said Schenker of the properties ABS owns. “I love to constantly cultivate them and improve them and renovate them and do everything we can to leave a lasting mark so we’re providing good service to tenants, in a high-quality environment.”

“It sounds a little like rhetoric right?” he says after a pause. “But it’s genuine.”

One of his proudest deals was organizing a group to buy a small interest in the famous Flatiron Building, the steel-framed, landmarked on 5th Avenue between 22nd and 23rd Street, in the mid-1990’s.

“From a size perspective, it’s not a big deal, but overall, getting to participate in the ownership is a big deal,” said Schenker.

ABS recently struck up a partnership to purchase two buildings with Benenson Capital Partners, after working with the Benenson family on the Bowlmor site at University Place.

Schenker’s acumen with his business partnerships came from his early mentoring by Earl Altman, who taught him the importance of collaboration.

“Earl maintains very, very good relationships with most of the major New York City real estate owners, and it’s those relationships that really are the key to the business at the heart,” said Schenker.

Of late, ABS has been more active in markets outside of NYC, and recently closed on a 500,000 s/f building near Miami, as well as three buildings in North Carolina.

And not too far from home, the firm entered into a joint venture with RXR on a site they own in New Rochelle, which is primed for a new wave of development.

The firm is primarily focused on expanding its investing activities, a part of its business that is growing rapidly, and Schenker is looking to see the service business part of ABS grow as well.

After watching the once mighty Helmsley Spear flounder, with no succession plan lined up, Schenker has made it a point to have a plan in mind for his company after he retires.

“When the three partners are no longer active, there will be a next generation to take the reins, not necessarily family, just competent, capable people,” he said.

Schenker, who has been involved with the Flatiron/23rd Street Partnership BID since its inception and is now a chairperson at the non-profit, lives in Manhattan with his wife and two daughters, and after decades of hard work, is making an effort to fine tune his work-life balance.

The real estate executive, who has excelled at forming good relationships with so many figures in the high-stakes NYC real estate industry, said the key to forming the all-important relationship is all about respect.

“I think to be in any relationship, business, personal, marriage, children, you have to be thoughtful about the other person, and try, as best as you can, to respect their position and respect their perspective,” he said.

“And to understand they may see things differently, for whatever reason, and it doesn’t necessarily make them wrong or right or bad.”