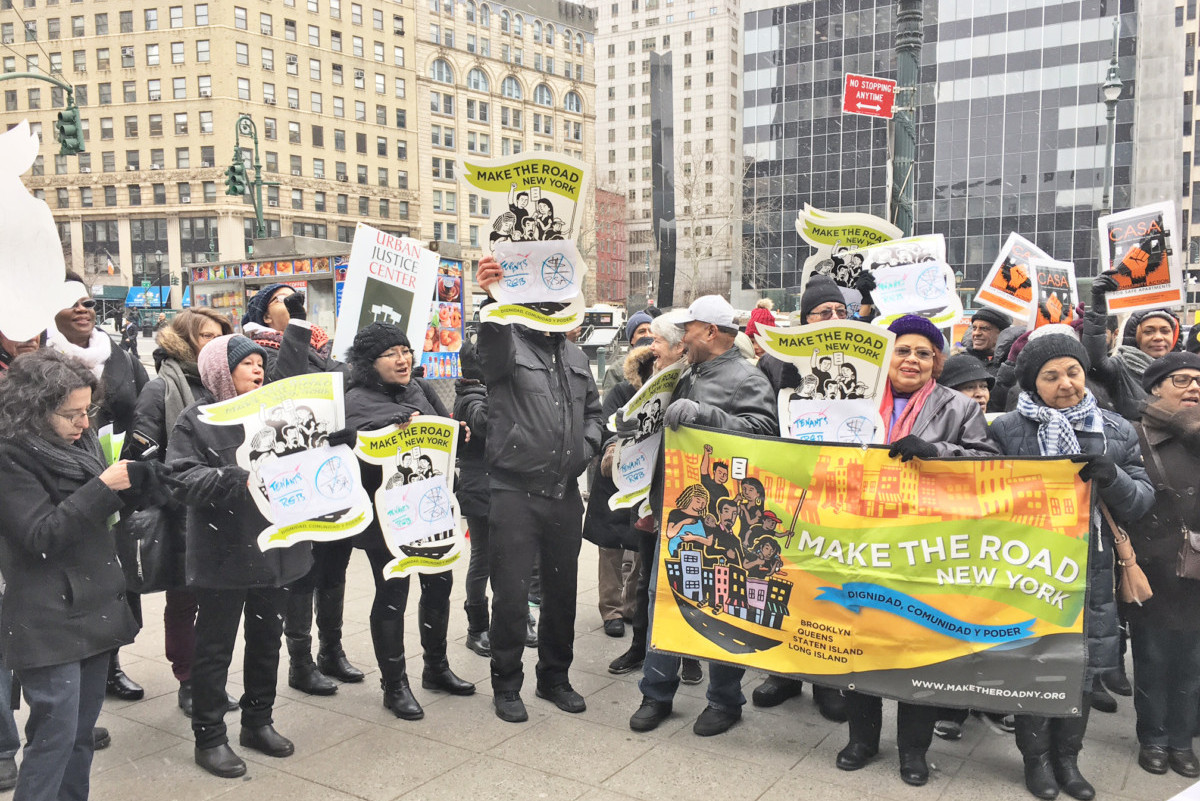 Lawyers for landlords group Rent Stabilization Association (RSA) were met by an angry crowd of protesters as they arrived in court to argue against a citywide rent freeze yesterday (Tuesday).

Despite freezing temperatures and snow, the sign-waving group of renters, made up mostly of seniors, led chants that at times called for either a rent freeze or a rollback.

Among their supporters was council member Dan Garodnick, who said, “We have seen what happens year after year, even in years when costs went down. Rents only seemed to go in one direction and that was up. As a result, evictions go up. Homelessness goes up. The Rent Guidelines Board acted totally appropriately in making that determination.”

Judge Debra James was hearing arguments from the Rent Stabilization Association, and those seeking to intervene in the lawsuit, including a coalition of tenant groups, legal service organizations and 18 City Council members.

In the lawsuit, the RSA argues that the RGB erred by considering tenant affordability in its June, 2016, decision to issue a rent freeze for the city’s stabilized tenants signing a one-year lease. Those signing a two-year lease got a two percent increase.

Mitch Posilkin, the RSA’s in-house attorney, told REW, “Tenant affordability is not something that is set forth in the statute. The language as it relates to the economic determination only references costs inferred by owners that the Rent Guidelines Board is supposed to consider. There is no reference to tenant costs. Zero.”

Tenants, however, disagreed.  Following the court appearance on Tuesday, Michael Leonard, an attorney with the Urban Justice Center, which is one of the groups hoping to intervene in the suit on tenants’ behalf, said, “Our argument was that the law allows for the board to take into account tenant affordability and that the legislature intended for the board to have enough power so it could do its job.”

“Tens of thousands result in evictions, both official and unofficial,” she added. “We have to change that. We need to preserve the rent freeze. It’s the only way we’re going to slow down the evictions.”

Judge James told the court she would issue her decision on March 28.