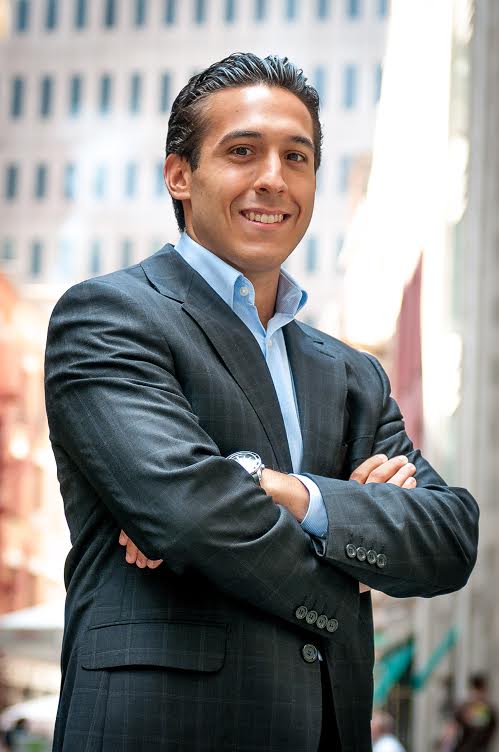 Rosabianca has a roadmap to success

First-generation Italian-American sales agent Santo Rosabianca is quickly rising in the real estate ranks in New York City — and drawing on his Italian roots to help him get there. Rosabianca was born and raised in the south Brooklyn neighborhood of Bensonhurst, after his parents immigrated to New York City from a small town in Sicily.

Growing up, Rosabianca dreamed of being a sports broadcaster, though eventually he changed gears and went on to study corporate communications and business at the College of Staten Island.

After college, the WIRE International Realty licensed sales agent started working with his older brother at the family-run law firm, Rosabianca and Associates, where he learned the ins and outs of real estate legalities.

“I started working on different contracts, doing title work and seeing how deals transpired, more or less, and from there did walk-throughs for foreign investors for people who used the law firm services,” said Rosabianca.

“The great thing about our firm is that we know all the different markets of New York City,” he said. “Two-thirds of our clientele are foreign nationals, and we have to get them the best possible solution to their real estate needs.”
His clients’ budgets range from $500,000 to $5 million – and knowledge of different neighborhoods and different price points is a must.

The firm also does property management, which means when a foreigner purchases an apartment with WIRE, the company is able to help them manage their property — including attending board meetings for them when they are away, and even filing tax returns.

“What’s beneficial to us, is that we’re as much a consulting firm as a brokerage,” said Rosabianca.

The firm counts an in-house attorney, a CPA, and an architect among its staff. “Certainly, before price parameters come into effect, at least clients know the legal and tax parameters put in place.”

With a huge percentage of the company’s clientele coming from around the globe, many of them Italian, Rosabianca has the added advantage of speaking fluent Italian, which he said has “certainly helped” his career.

“Our goal is to set up a full-service property management company where we can manage individual buildings rather than apartments,” he said. “That’s certainly the goal of the first quarter of 2015.”

Rosabianca does sales and rentals all over New York City, including his native Brooklyn, where he has sold homes in Bensonhurst.

A highlight of his career so far has been helping a client buy an apartment with the future plan of also purchasing the unit next door, to have more room for her daughter.

After careful research of the building plans and floor plates, as well as contacting the owner of the desired apartment, he was able to help his client purchase the adjacent unit — in just a two-year span.

A family-oriented person, Rosabianca spends his free time with his three nephews, whom he calls “the bright spot of my life.”

He has season tickets to both the Nets and the Giants, and travels to Italy twice a year — once for work and once for pleasure, during Labor Day weekend.

“It’s a really nice way to end the summer,” he said.

The art of selling New York’s lifestyle to oligarchs