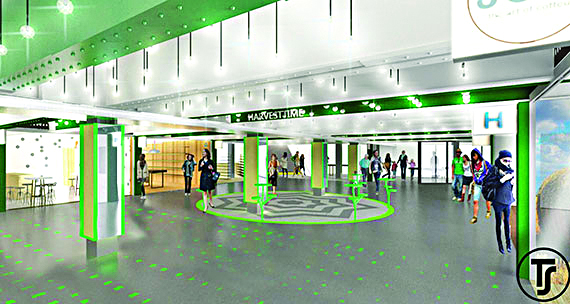 This will be the custom, hand-crafted jewelry maker’s second location in New York City, set to open in September 2015.

“With daily foot traffic from more than 80,000 people and 170,000 area workers, Madison Jewelers will benefit from a steady stream of customers,” said James Famularo, senior director at Eastern Consolidated, who along with associate director Ravi Idnani represented the tenant in the transaction.

“The high-end jeweler is an exceptional addition to Turnstyle and truly attests to the scope and standard of retailers the marketplace will uphold.”