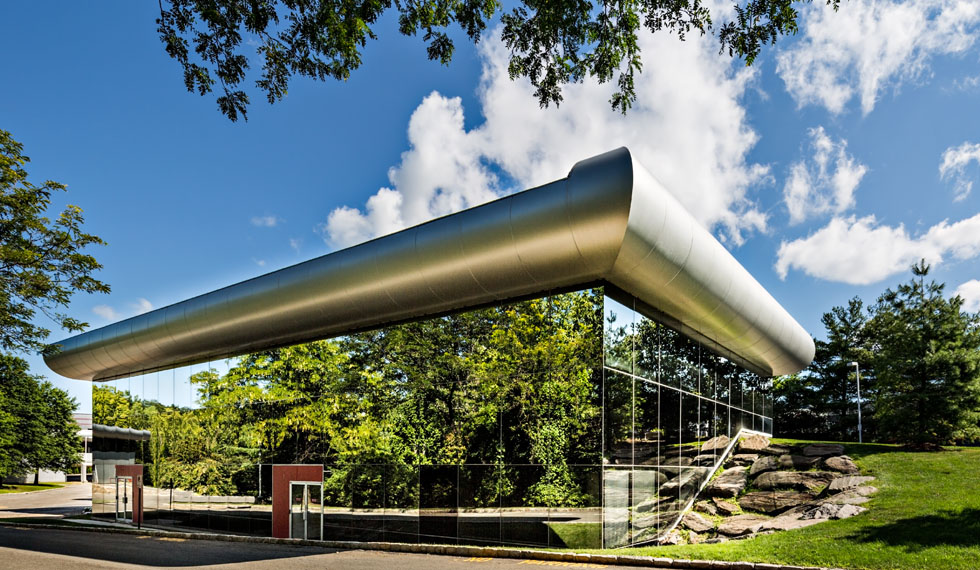 Robert Martin Company has sold two of the industrial buildings it acquired as part of its $490 million portfolio acquisition from Mack-Cali in 2019.

RM Friedland’s Bill Anson and Jillian Reiner brokered the sale of 419 and 650 West Avenue in the Stamford Executive Park to an LLC affiliated with developer Jon Vaccaro for $20.5 million. Vaccaro’s V20 Group was founded in 2014 to focus on creating new developments from obsolete or out-of-favor properties and has since reinvented several Westchester properties, including Dairen Place, the old Dairen Playhouse, into a retail and apartment complex.

A spokesman for V20 said the company is considering applying to the City of Stamford for some redevelopment later this year, but that plans and options for the newly acquired properties are still being evaluated.

419 West Avenue (pictured top) is an 88,000 s/f building with 70,000 s/f of office space on two, street-level floors and 18,000 s/f of warehouse space. The building has three loading docks and one drive-in and is currently vacant.

“With the recent explosion in demand for industrial/flex space in Stamford, this was an opportune time for Robert Martin to sell these two properties at a premium price,” said Sarah Jones-Maturo, president of RM Friedland. “Stamford, with its proximity to New York City and the northern suburbs, continues to garner the highest price per square foot for industrial/flex space in Fairfield County. In addition, the lack of inventory in adjacent markets is creating tremendous opportunity for the Stamford industrial market,” she added.

Tim Jones, CEO of Robert Martin Company, said, the sale of the two properties reflects the firm’s long-term strategic plan, which includes “seizing upon short-term selling opportunities so we can shift capital towards making new investments with higher-growth potential.”

Elmsford, NY-based Robert Martin Company continues to own 500, 550, and 600 West Avenue in Stamford where, over the past decade, industrial asking rents have increased by over $4.00 per square foot with vacancy rates below six percent.

According to RM Friedland analysts, a 10 percent vacancy rate indicates the market has achieved a level of equilibrium. Leasing activity has remained strong in Stamford – even throughout the pandemic — as sale prices have continued increasing at a dramatically faster pace.