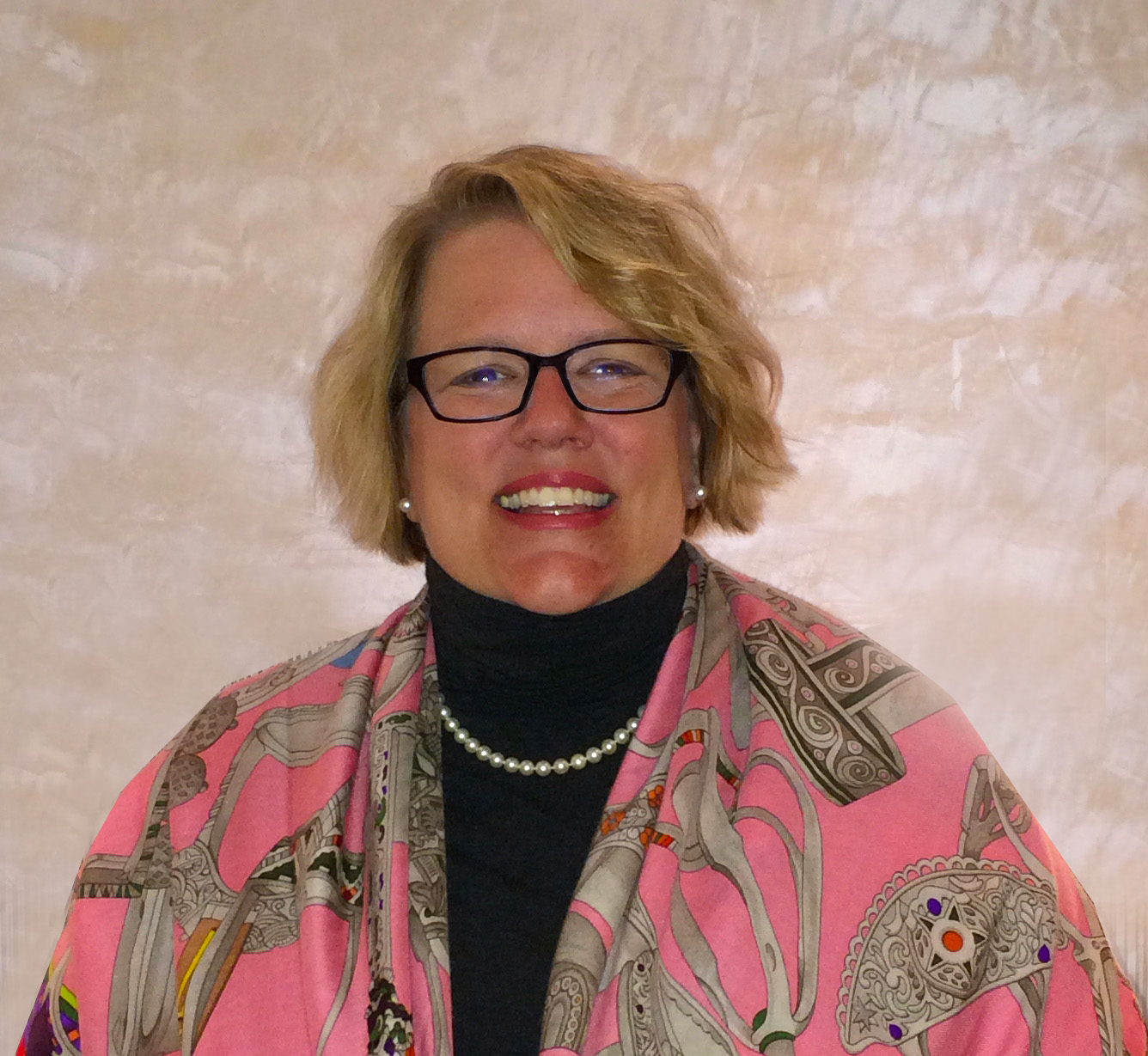 Thor Equities has secured a lease for automotive industry titan Porsche, at 446 West 14th Street in the Meatpacking District.
In celebration of the 50th anniversary of the iconic 911 sports car, Porsche will showcase and release a brand new, special-edition model in the temporary four-week pop-up shop from September 16 through October 15, 2014.

“The Meatpacking District is the urban-chic capital of New York City,” said Melissa Gliatta, executive vice president of Thor Equities.
“Demand in the neighborhood continues to soar as it attracts elite, innovative and luxury brands from all over the world. From the automotive industry to tech giants and fashion icons, the potential for growth in the Meatpacking District today, and in the future, is unlimited.”
446 West 14th Street offers 26,000 total s/f with 4,400 s/f on the ground level which Porsche will occupy.
The property includes a roof deck with views of the High Line, Standard Hotel and the new Whitney Museum of American Art.
Neighboring shops include Diane von Furstenberg’s iconic flagship store, fashion retailer Theory and Meatpacking pioneer Jeffrey.

“I’ve put several tenants on this block, and FIKA is the perfect tenant for this corner location. There is no question in my mind they will succeed and be a nice addition to the neighborhood,” said Abramson, director of sales and leasing at Buchbinder & Warren.
Andrew Hawkins and Kyle Williams of Transwestern Commercial Services represented FIKA, which opened its first New York location in 2006.
Swedish tradition and appreciation of a coffee-centric lifestyle served as inspiration for founder and co-owner Lars Åkerlund who saw an immediate love connection between Sweden and New York.

Zelnik & Company has recently leased two locations in Manhattan for popular organic fruit and raw food bar, Juice Press.
With Yankees first baseman Mark Texiera as an investor, Juice Press is hoping their newest locations will be a home run.
Juice Press recently signed a lease at 830 Third Avenue in Manhattan. Currently home to Oren’s Daily Roast, the space is roughly 900 s/f and had an asking rent of $300 psf.

Jason Turner, of Zelnik & Company, represented the tenant. Steven Soutendijk, of Cushman & Wakefield, represented the landlord.
The health conscious juice bar has also signed a lease at 1474 Third Avenue, which should be opening in the coming weeks.
The small space, formerly occupied by UPS, is approximately 450 s/f and had an asking rent of $325 psf. Turner again represented the tenant and the landlord was represented in-house. With over 20 currently locations already in place, Zelnik & Company continues to actively pursue opportunities for Juice Press as they further expand into the New York market.

Butwin represented the landlord in securing two tenants for spaces in the East Village.
Mediterranean restaurant Ethos has leased 3,680 s/ on the ground floor and basement at 167 Avenue A, between East 10th and 11th streets, while hair salon Shampoo has taken 2,334 s/f on the ground floor and basement at 14 Avenue B between East 2nd Street and Houston Street.
RKF’s senior associate Ryan Horvath represented Shampoo in the transaction, while Ross Berkowitz, Jonathan Butwin and associate Yanni Marmarou represented Ethos.
Both spaces are situated at the base of low-rise apartment buildings, close to Tompkins Square Park.
Berkowitz, Stern and Butwin will also market several other retail spaces. Also in the East Village, 170 East 2nd Street shares a block with Italian eatery Supper. It consists of three spaces totaling 1,210 s/f.
A few blocks north, 318 East 11th Street is comprised of 900 s/f on the ground floor and 900 s/f in the basement.
Across town, and straddling both the Greenwich Village and SoHo neighborhoods, 156 Sullivan Street has two spaces totaling 1,500 s/f.
Lastly, 120 MacDougal features 500 s/f on the ground floor and a 100 s/f basement.
“We are thrilled to be partnering with Kushner once again on these four assignments and anticipate high demand for these spaces,” said Berkowitz.
“This is a great opportunity for any retailer looking to establish a presence in two of New York’s most vibrant, demographically diverse and popular neighborhoods.”

“This is an especially strong corner for sports shoes and active apparel, close to both Central Park and Morningside Park,” said Consolo. “In recent years, we have been responsible for dozens of leases in this immediate area and this is where the ‘shoe fits’ best!”
Added Maglio, “In addition to a great overall selection, Moe’s Sneaker Spot is an authorized Nike retailer with the rights to sell the brand’s products in Harlem south of 125th Street. This is a valuable merchant for the area and solidifies the confidence an iconic brand such as Nike has in this retailer.”
Consolo, Aquino and Maglio represented both the tenant and the landlord, Tahl Propp Equities in the transaction.
The current space is located at the base of newly converted luxury pre-war condominium.

Winick Realty Group’s Charles Rapuano represented Just Salad in the lease transaction, while Winick Realty Group President Steven E. Baker represented landlord The Brodsky Organization.
“Just Salad had been looking to open on the Upper West Side for a long time,” said Rapuano.
“This location was perfect for them with the foot traffic from the 72nd Street subway station, the commercial activity in the area, and the health-conscious residential population that frequents the nearby yoga studios, Equinox and Soul Cycle locations.”
2056 Broadway includes 900 s/f on the ground floor and an 1,800 s/f basement. Rapuano will continue to work with the company as they seek additional locations in New York City.
● lee & associates
Lara leases adding value

Lee & Associates’ Henry Goldfarb and Stanley Lindenfeld have arranged leases for the final two commercial spaces at the Lara, a mixed-use luxury rental building at 111 Nassau Street in the Financial District.
Blink Fitness, the health-club chain launched by Equinox in 2011, took a 19,322 s/f space for 15 years featuring a 1,538 s/f entry at ground level and the entire second and third floors for the gym.
Representing the tenant for the transaction were Jeff Roseman, Marc Frankel and Ben Birnbaum of Newmark Grubb Knight Frank. Earlier this year, ILSC, a Canadian-based language school, signed a 10-year lease for 11,845 s/f on the fourth and fifth floors. The first commercial lease at the building was for Da Claudio Ristorante e Salumeria, which took 3,200 s/ of retail space.

“All three of these tenants bring value to the building and the neighborhood,” said Goldfarb. “They reflect the reemergence of FiDi as a 24/7 district.”
Added Lindenfeld, “In just over a year, we have leased more than 34,000 s/f of commercial space at the Lara, starting while it was still under construction. The building is beautifully-designed and well-located, and we are delighted to be active participants in its success.”
Completed in 2013, the Lara is a 30-story mixed-use property with 168 fully rented apartments, designed by SLCE Architects and owned and operated by Ann/Nassau. Asking rents for the commercial space were $125 psf at ground level and $40 psf for second through fifth floors.

The Shops at SkyView Center in Flushing, Queens, welcomed national retailer, Nordstrom Rack to the shopping center yesterday.
The approximately 39,000 s/f, two-level Nordstrom Rack is the company’s first location in Queens.
The Shops at SkyView Center, the 700,000 s/f Onex Real Estate development, also is home to a diverse mix of top retailers, including The Children’s Place, Target, and Restoration Hardware.