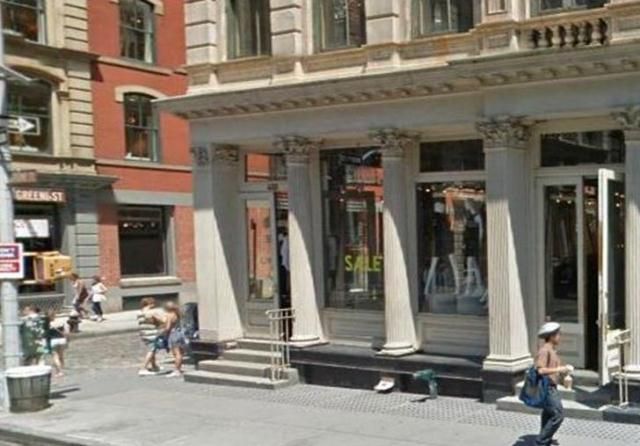 The 1,100 s/f store is situated in a storied landmark building in Soho’s Cast-Iron Historic District and was designed by Belgian architect Francis D’Haene of D’Apostrophe, whose recent work includes the Dominique Lévy Gallery at 909 Madison Avenue.

Broome Street, with asking rents hovering around $300/sf, has become an attractive alternative to both long time “heart of Soho” tenants and newcomers who are finding the more traditional retail blocks cost prohibitive.

Even such an iconic and coveted brand as Celine has taken note and opened in September just north of Broome on Wooster Street. Originally seen as a move “off the beaten track” the store will benefit from the increased energy and foot traffic along Broome Street.