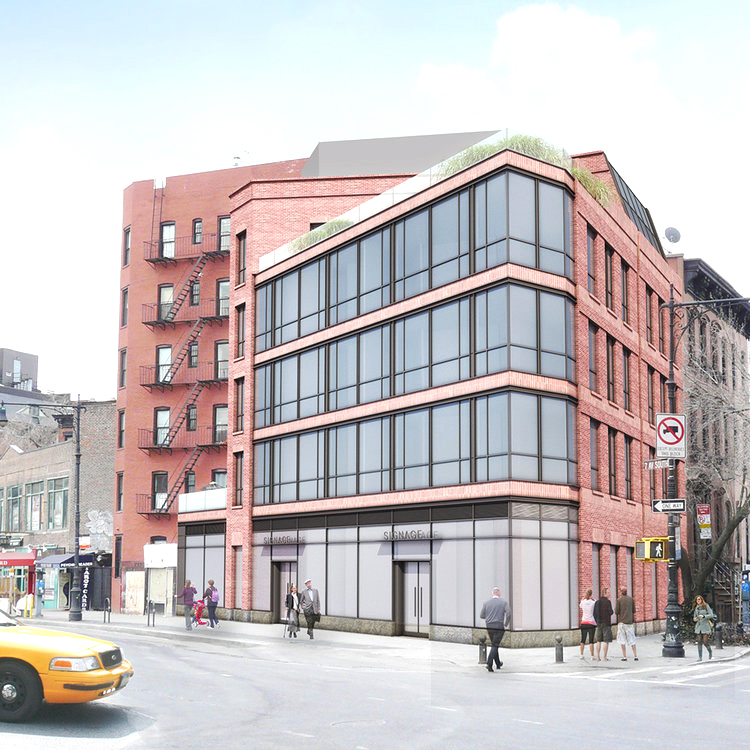 The boutique wine bar is set to open at the base of the newly-constructed residential building at 192 Seventh Avenue South, across the street from their current storefront at 201 West 11th Street, which the company opened in 2011.

“Vin Sur Vingt has been a mainstay in the neighborhood for many years and they have a good reputation in the area,” said Winick Realty Group Director Daniyel Cohen.

“As their current lease is expiring, they saw the availability at 192 Seventh Avenue South as the perfect opportunity to not only remain in the neighborhood but also to expand their footprint to better serve their clientele.”

The new location will feature 1,149 s/f of ground-floor space and 661 s/f of basement space.

“Our focus this year was to ensure we found a solution to remain in the West Village albeit our expiring lease,” said Rakesh Chandiramani, co-founder of Vin Sur Vingt Wine Bars. “We were fortunate enough to find an opportunity with The Jackson Group and look forward to another ten years as the neighborhood’s wine bar.”

Koeppel Rosen has netted a new restaurant backed by basketball stars Dwyane Wade and Udonis Haslem at One East 33rd Street in 34th Street business district one block from the Empire State Building.

“We are thrilled to welcome 800° to One East 33rd Street,” said David Koeppel, a principal of Koeppel Rosen LLC, the leasing and managing agent for the Rosen family owned building.

“This is an ideal first New York City location for the restaurant, which will benefit from the bustling neighborhood traffic that brings in 100,000 office workers every day and is a magnet for tourists from around the world.”

Carron commented, “As one of the most important dining capitals of the world, New York City is the birthplace of many innovations and new concepts, and home to a huge population of food enthusiasts. We look forward to introducing our innovative style of woodfired cooking to New Yorkers and ingraining ourselves in the tapestry of the Manhattan dining scene.”

The restaurateurs signed a 15-year lease; the asking rent for the space was $125 psf, which includes 1,200 s/f of lower level storage space and 35 ft. of frontage on East 33rd Street.

The restaurant partnership was represented by Louis F. Joachim, a broker with Fla.-based Dover Real Estate.

ABS Partners Real Estate has secured a total of 7,500 s/f of ground floor, basement and mezzanine space for facial bar Silver Mirror and health and wellness brand WTHN at 20 West 22nd Street in the Flatiron District.

The tenant signed a 10-year lease and was represented by Jay Gilbert and Jansen Hafen of SRS.

Meanwhile, contemporary acupuncture studio WTHN also signed a 10-year lease for a total of 4,000 s/f on the ground and basement floors.

Taryn Brandes and Jacqueline Klinger of SCG acted on behalf of the tenant in the transaction.

“While many submarkets have experienced declines in both retail demand and rents, the Flatiron District has really held its own in the face of a challenging retail environment,” said Mark Tergesen, executive managing director, ABS Partners Real Estate, who, along with the firm’s Dean Valentino, acted on behalf of the ownership in each of the transactions.

“The Flatiron is at the epicenter of the health and wellness movement, with both established and startup fitness franchises and beauty brands opening almost daily. We liked Silver Mirror and WTHN as amenities to the building, but also as complimentary to one another other.”

The leases bring the building to 95 percent occupancy. Silver Mirror and WTHN will join Toto USA, which has its flagship showroom and offices at the building.

Newmark Knight Frank (NKF) announced that its client, MGM Management, has signed a 10-year lease on a retail space at its 99 Second Avenue location with Calexico, a New York-based Cal-Mex restaurant chain.

This marks a return to downtown Manhattan for Calexico, which previously operated a location on the Lower East Side. The restaurant is expected to open in the 1st quarter of 2019.

“Calexico is a true New York success story,” said Lack, “and we realized that they would make a dynamic tenant in a neighborhood known for its exciting restaurant offerings.”

Founded by the Vendley brothers from Calexico, California, the business started as a food cart and won a Vendy Award in 2008. Now, the restaurant has four New York storefronts, along with a cart in SoHo and a vendor space at the Barclays Center.

Additionally, Calexico has locations in Detroit and Manama, Bahrain. Calexico was represented by Hazm Aliessa of Tower Brokerage.

The Shade Store, a national luxury interior decorating brand, has opened a showroom in 45 Main Street in DUMBO.

The Two Trees Management-owned industrial warehouse is an ideal location for showcasing The Shade Store’s range of custom drapery and shades with its 10-foot windows and heavy foot traffic.

The 2,500 s/f location houses exclusive collections from designers such as Nate Berkus and Jonathan Adler and has design consultants to assist customers.

The Shade store will join Sweetgreen, BoConcept and Rodd & Gunn as the building’s ground floor retailers.
The showroom complements The Shade Store’s outposts in Williamsburg, as well as four showrooms across Manhattan and a shop-in-shop location with Kravet in the New York Design Center.

The Hudson Companies signed ten-year lease with Native Bread and Pastry at the Breeze, a creative office building opening later this year in East Williamsburg.

The complex’s first tenant, The Native Bread and Pastry, will take 2,663 s/f of space, moving its production operations from South Williamsburg in addition to opening a retail space.

The Breeze will soon be home to approximately 100,000 s/f of creative office and retail space, including a rooftop bar, restaurant and event space that will hold approximately 350 people.

The Native Bread and Pastry will begin moving in when the building opens later this year, with its retail space expected to open in spring of 2019.

“We’re excited to welcome The Native Bread and Pastry to the Breeze, which will add a quality lunch option to an area drawing interest from young companies.” said Chris Tepper, Senior Project Manager at The Hudson Companies.

“With high ceilings, lots of light and protected 360 degree views, 24/7 access, a secure bike room, landscaped outdoor space, and an exciting rooftop venue just upstairs, the Breeze will be one of the top office and retail destinations for companies that are increasingly drawn to the convenience and culture of North Brooklyn.”

Ben Waller of ABS represented both The Hudson Companies and The Native Bread and Pastry on the deal.

The Breeze, located at 315 Meserole Street a three-block walk from both the L train’s Morgan and Montrose stops, was redesigned by S9 Architecture.

The brand will open at 47-55 Hamilton Street, within the Rivertowns Square shopping plaza in Dobbs Ferry, and at Parkway Plaza at 215 Glen Cove Road in Carle Place on Long Island.

The Long Island deal marks the brand’s first storefront in Nassau county. Both locations are slated to open in early 2019.

The CBRE team of Dean Rosenzweig, Stefani Steinberg and Christopher Betting represented the tenant in both transactions. The Lash Lounge will occupy 843 s/f in Dobbs Ferry and 1,390 s/f in Carle Place.

“The Lash Lounge is a unique franchise concept within the $60 billion U.S. beauty industry. Serving more than 80,500 customers across the country, the brand has identified a demand for this type of salon service, especially in the Northeast market,” said Steinberg of CBRE.

The Lash Lounge has 45 locations across the United States with 300 additional units in development.

Market Line at Essex Crossing adds vendors ahead of opening