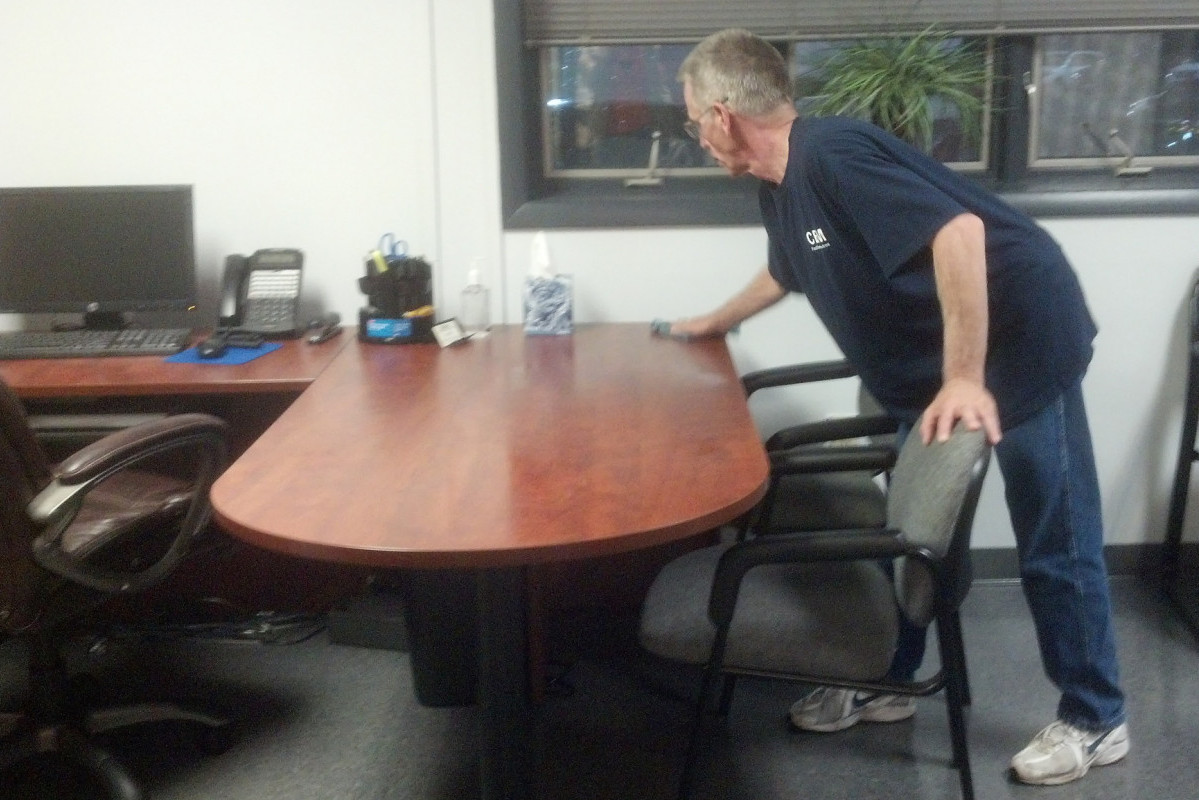 The Real Estate Advisory Board has begun negotiations with commercial office cleaners on one of the biggest private sector contracts in New York City.

More than 23,000 workers covered under the contract – members of 32BJ SEIU – are bargaining with representatives of the commercial real estate industry and commercial cleaning contractors.

These workers clean iconic buildings in New York City like the Empire State Building and One World Trade Center. And they have a long history of fighting for good jobs in our city.

With a strong commercial real estate industry with low vacancies and sky-high rents, cleaners at the bargaining table are calling for a new four-year contract that protects their health care and pension benefits and includes raises.

“We’re proud to work in some of the most high-profile buildings in the world,” said bargaining committee member and office cleaner Jorge Cabrerra, who works at 5 Times Square. “We just want a contract that recognizes our contributions and enables us to keep up with the rising cost of living in New York City.

Four years ago when cleaners negotiated their last contract, the country was in a recession. Since that time, vacancy rates in New York’s office buildings have dropped almost back to their pre-recession levels while rents have climbed even higher than the pre-recession mark.

“New York City’s office market has bounced back and it is red hot,” said 32BJ President Hector Figueroa. “While our economy overall has rebounded, we need to ensure that strength is reflected in the wages of working people. We need good jobs for all workers, and commercial cleaners are a big part of why New York City has the premier office space that are among the most desirable in the world. They need to be able to keep up with the skyrocketing cost of living in this city.”

The janitors’ proposals include maintaining their employer-paid family health care benefits along with their pension and employer 401k contributions. They are also asking for a wage increase that will keep up with the rising cost of supporting their families in New York City.

“It is incredibly important to maintain our benefits,” said bargaining committee member Anna Dziubek, who is a cleaner at 721 Broadway. “The cost of everything is going up: rent, food, MetroCards. We need to make sure our pay keeps up so that we can live here and provide a bright future for our kids.”

With 145,000 members in eleven states and Washington, D.C., including 70,000 in New York City, 32BJ is the largest property service workers union in the country.