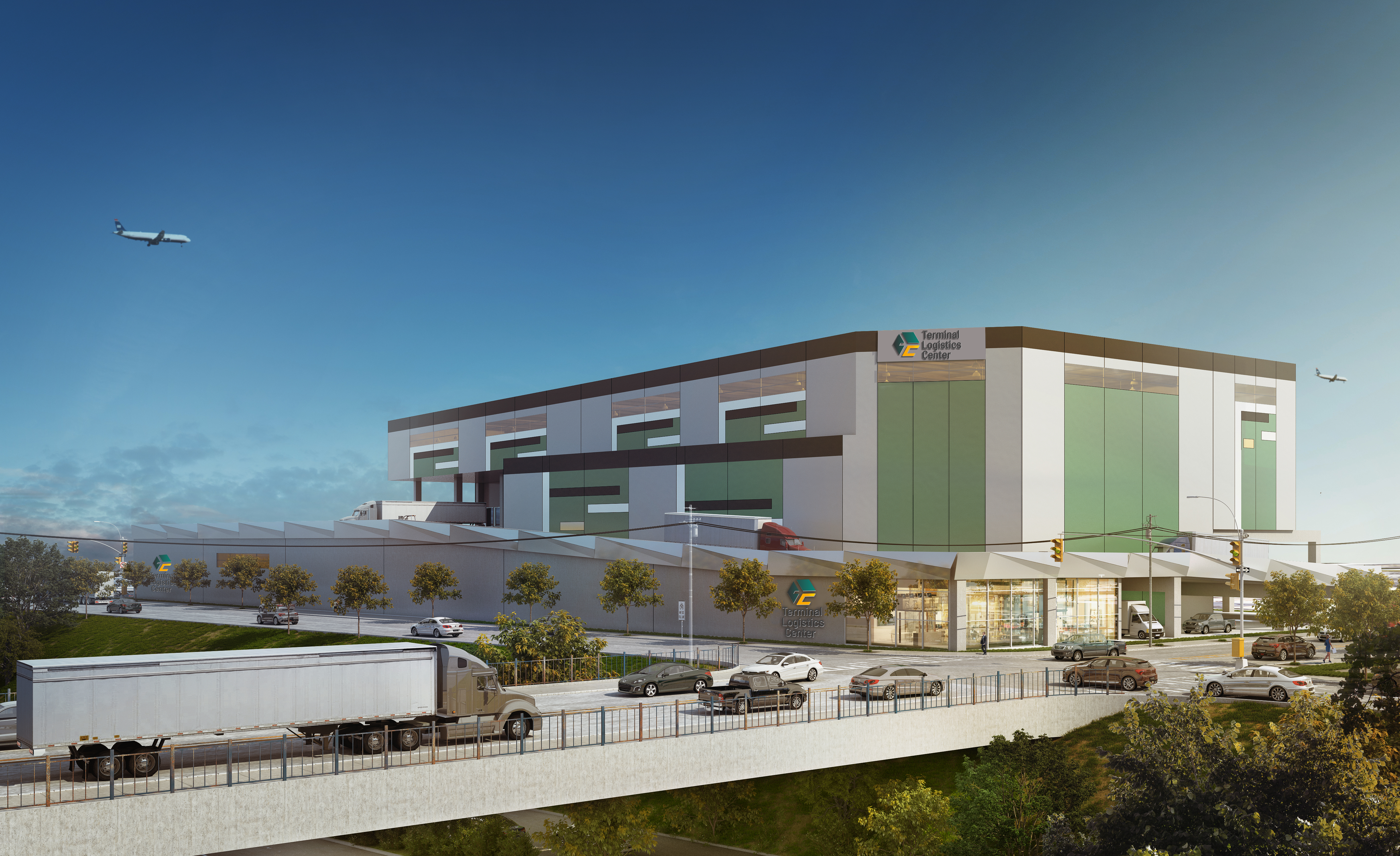 Two large industrial properties that came off the market in Queens this week are being repositioned for e-commerce or logistics tenants.

In northern Queens, the Bulova Corporation sold its massive warehouse on the Brooklyn-Queens Expressway, a mere stone’s throw from LaGuardia Airport, for $25.2 million. On the opposite end of the borough, a parking lot adjacent to John F. Kennedy Airport traded hands for $25.4 million.

Buyers at both sites are ready to invest more into their new assets to get them ready to facilitate directly-to-consumer deliveries.

Terreno Realty, the company that bought the 83,000 s/f Bulova complex, plans to raise the clearance at the nearly-60-year-old warehouse, tear out offices and increase loading capacity. Meanwhile, Triangle Equities will construct a three-story, 300,000-s/f distribution center equipped to handle air cargo that arrives through JFK.

“It’s very rare, in New York City, to find a property of this size and scale on a major road, the Belt Parkway, with proximity to the Van Wick and JFK,” Josh Weingarten, Director of Capital Markets at Triangle Equities, said.

“We’ve seen for some time this larger trend in the economy of consumers going from buying things in store to buying things online, so we’re trying to stay ahead of the curve by building a last-mile distribution facility to piggyback on that paradigm shift.”

Online shopping habits have driven warehouse vacancy rates in Metro New York to their lowest in a generation while new zoning laws that favor residential and commercial development in former industrial areas have hamstrung the supply.

Although industrial property is at a premium throughout the five boroughs, Queens is a particularly desirable outpost because of its seven industrial business zones: Jamaica, Long Island City, Maspeth, Ridgewood, the Steinway section of Astoria and Kennedy Airport. These districts offer tax incentives to companies that relocate within their boundaries.

“The biggest selling point is location,” said Brad Cohen, part of the Eastern Consolidated team that brokered the Bulova deal. “Proximity to all the boroughs, to the Bronx, Queens, Brooklyn and Manhattan make it an ideal location for a third-party logistics space, Fed-Ex, UPS, any major carrier or anybody doing their own deliveries.”

Located near the BQE-Grand Central Parkway exchange, the Bulova space will not be focused as intently on e-commerce as its southern counterpart. Also, LaGuardia primarily handles passenger travel while the bulk of the city’s air cargo comes in through either JFK or Newark Airport.

With two large parking lots, the 3.7-acre Bulova parcel could also be used for a car dealership, fleet storage or airport parking, Cohen said, though he noted last-mile delivery facilities are in high demand anywhere close to Manhattan.

“It’s really about getting that last mile into the city,” he said. “You can no longer be a couple hundred miles out and still expect to compete with same-day delivery.”

In addition to its proximity to Manhattan, Queens also has some homegrown advantages, Weingarten said.

“Queens provides a lot of access, because of its highways, to the rest of the city,” he said. “Two million people live in Queens and more millennials are moving there because they’re being priced out of Brooklyn, so you see a high demand among retailers to be in Queens, too.”