In honor of the 34th annual Empire Ball on Dec. 13, the NYC Skyline sparkled in blue when four iconic buildings, the Empire State Building, One World Trade Center, One Bryant Park and 4 Times Square, illuminated to #LightTheSkyForDRI and to recognize the more than 800 attendees from the real estate and construction industries whose efforts have raised millions for the Diabetes Research Institute (DRI) and its mission to find a biological cure for diabetes.

Blue, the international color of diabetes, could be seen outside as well as inside the Empire State Ballroom at the Grand Hyatt New York, where many guests wore dazzling blue dresses, added a hint of blue accent to their ensemble and one guest lit up the room with her blue-colored hair.

NYC’s blue skyline made the night extra magical, and the industry’s commitment and efforts for the Empire Ball also shined – raising $1.15 million for the DRI. 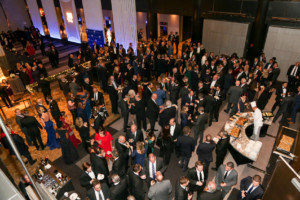 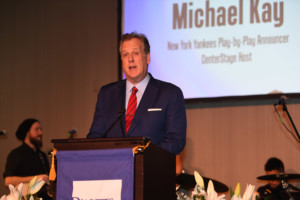 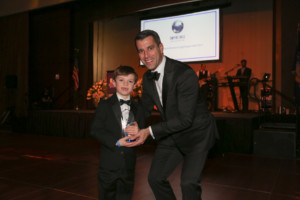 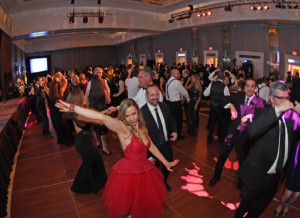 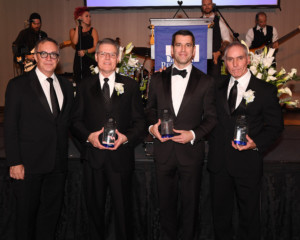 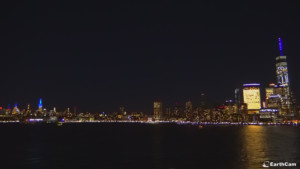 “I think it’s extremely special for us working in the real estate industry to see those incredible buildings lit up in blue and knowing anyone looking at NYC that night throughout the world saw the diabetes blue,” said Stephen Rizzo of the Rizzo Group and co-chair of the Empire Ball.  “I don’t see another industry that does that and it really touches everyone both professionally and personally. We won’t quit until it’s cured. We will be here, that’s the ethos of our industry.”

“What an incredible night it was all around. I’m floored, yet again, by the amazing efforts of the Empire Ball’s Board of Governors and Committee, our DRI supporters, this year’s honorees, and past honorees. And, to see four prominent NYC buildings shine blue is a testament to what the real estate and construction industries have achieved with the Empire Ball,” said DRI President and CEO Joshua Rednik. “Their combined support for the DRI raises millions of dollars, year after year, for our important mission to find a biological cure for diabetes.”

As the largest and most comprehensive research center dedicated to curing diabetes, the DRI is aggressively working to develop a biological cure by restoring natural insulin production and normalizing blood sugar levels without imposing other risks. It is an exciting time at the DRI, where scientists are advancing a number of promising initiatives to the clinical phase of testing and gearing up for new patient studies that will address the challenges of the immune system.

If you missed the event but want to help the cause, you can make a donation please visit DiabetesResearch.org/donation-empire-ball or call 212-888-2217.