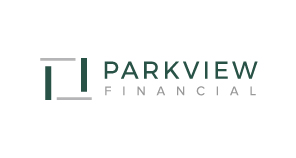 Parkview Financial announced today it has surpassed its mid-year lending projections, originating $724 million in new construction and bridge loans this year to date. Additionally, over the first half of this year, the firm had 37% investor equity growth, on top of its banner 56% equity growth achieved in 2021.

Going into 2022, Parkview Financial was cautiously optimistic about its lending expectations as various factors were looming on the horizon, including the threat of rising interest rates, economic uncertainty, supply chain constraints, inflationary pressures, and continuing rising construction costs.

“Given a number of economic and geopolitical concerns, our goal was to hit close to $600 million in loan originations by mid-year, which would have been half of our $1.2 billion of lending activity in 2021,” said Paul Rahimian, CEO and Founder of Parkview Financial. “We are pleased to have exceeded our expectations and anticipate breaking our firm’s all-time financing record, which was set last year.”

Rahimian added, “Our private debt fund platform enables us to execute on unique deal structures by being creative in our analysis, as well as our ability to underwrite loans efficiently and ultimately make decisions that result in loan closings that are beneficial both to Parkview as well as our clients. This has boded well for us historically, especially in volatile times like these when other lenders choose to wait on the sidelines to see how things will shake out.”

Parkview’s largest loan ever was originated earlier this year, which was a $207 million loan toward the purchase and redevelopment of the iconic Hudson Hotel in New York. The 385,124-square-foot, 24-story building is located at 353-366 West 58th Street and was most recently an SBE-operated hotel which had been shuttered since 2020. The new ownership will convert the property into a 438-unit residential project with office and commercial space.

In addition to growing its market presence with record-breaking loan origination activity, Parkview has also been growing its team. Earlier this year, Parkview opened its first New York City office, marking its second East Coast location. Further, Parkview has continued to expand both its Los Angeles and Atlanta teams, with the addition of six new employees the first half of this year and plans for more hires in the second half.