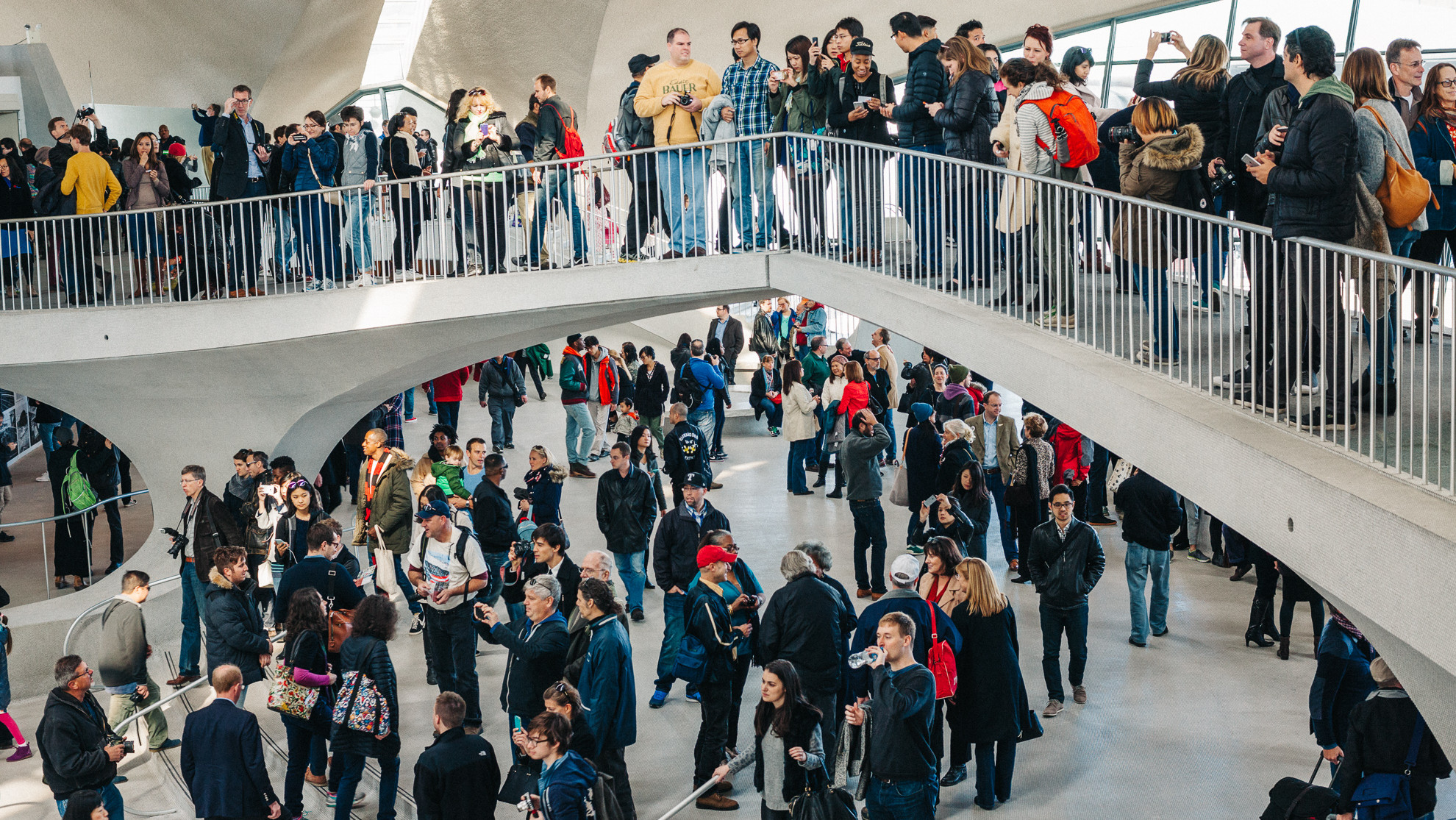 A record breaking 8,000 visitors flocked to the TWA Flight Center at JFK Airport during the annual Open House New York weekend for a last chance to see Eero Saarinen’s Mid-Century Modern masterpiece before it is re-developed as a hotel.

The airport attraction was among several highlights that generated 80,000 visits at 250-plus sites and tours across the five boroughs.

A celebrated New York City tradition, OHNY Weekend provides New Yorkers and tourists with an opportunity to experience the city and meet the people who design, build, and preserve New York.

“At its heart, OHNY Weekend is a celebration of the city and its architecture,” said Gregory Wessner, executive director of OHNY, “and a reminder of the importance of architecture to shaping our day-to-day experience of New York.”

Over the weekend, more than 25,000 people explored two dozen interior landmarks presented as part of a special series celebrating the 50th anniversary of the New York City Landmarks Law.

Through Engineering New York, a series highlighting the state of the art of structural engineering, more than 1,300 people toured 11 recent projects including Brookfield Place, the Whitney Museum of American Art, and John Jay College of Criminal Justice.

More than 2,100 participants visited four sites in Flushing-Meadows Corona Park built for the 1964-65 World’s Fair, including the New York State Pavilion, which opened its doors in commemoration of the 50th anniversary of the closing of the Fair.

More than 1,700 people visited food and beverage manufacturing and production spaces — such as Tom Cat Bakery, Hana Kitchens, and Brooklyn Grange — for a rare opportunity to meet and talk to local food producers and farmers about how these spaces shape the city at all scales and what choices we can make to design a better food system.