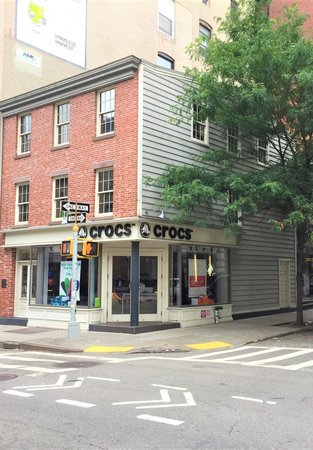 One Kings Lane Soho will be housed in the Federal-style building at the corner of Wooster and Spring Streets. 143 Spring Street is believed to be the oldest building in Soho, dating back to 1818. Originally built as a residence, the property underwent substantial changes in structure and occupancy, in 1850 was converted into a commercial location, and in 2010 received a modern glass addition, bringing it to 3,500 square feet of shoppable retail space.

“We are so thrilled to be opening our New York City flagship in Soho this fall. Our first shop, which opened in Southampton last summer, set the tone for this next opening and future stores to come. It was extremely important to us to find the right space – one that has deep roots in the local community and could provide the perfect backdrop for the storytelling we do around our product,” said Debbie Propst, president of One Kings Lane, in a press release. “As a brand that’s all about the mix, finding a space that includes some of the oldest and newest construction in Soho is a perfect fit for us.”