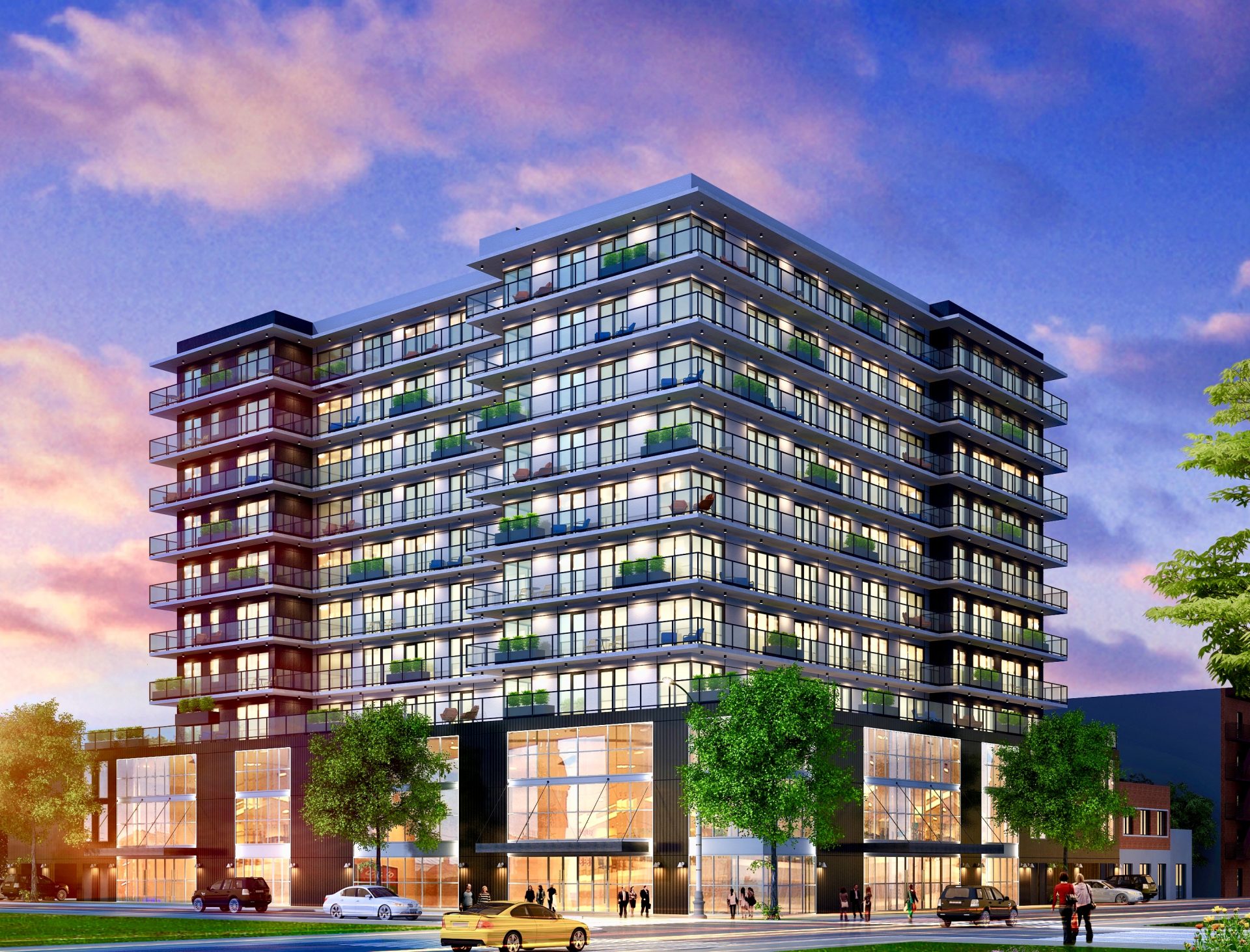 According to Eli Karp, CEO and founder of Brooklyn-based developer, Hello Living, it all started with a drive through Prospect Heights.

“I would be driving through certain areas in Prospect Heights; it always looked so down and dreary,” said Karp, who was born and raised in Brooklyn. “I thought: I want to build something here and create something here.”

That was in 2005, and unbeknownst to Karp, that’s exactly what he and Hello Living would do. The company now has 13 projects under its belt and another five in the pipeline.

In the pipeline for Hello Living are several small to medium-sized residential developments scattered throughout Brooklyn that include a 45,000 s/f community facility and 100-unit luxury condo building skated for Prospect Park in 2020.

This week, Karp announced he’d purchased a development site at 1049 Washington Avenue in the South Bronx with plans to build a new condo.

For Karp, developing things, whether buildings, people, or

ideas, is something of a hobby, one that took shape early

on in his role as a teacher.

“I used to ask [the kids], ʻWhen you’re 25-years-old, what do you want to be?ʼ” said Karp. “All the kids would say they wanted to own a business and have this and that, and I would ask, ‘Are you ready to prepare and work yourself up?’”

Success, he explained to them, wouldn’t happen through osmosis or luck, but through determination.
“It’s like exercise… You have to go to the gym and pick up the weights. You might start with 10 pounds, and go to 20 pounds, and 30 pounds… This is training,” he said.

Like his model for success — work hard and be rewarded — Karp’s buildings have a similarly optimistic quality to them, featuring almost as a rule, expansive frontward and backward facing windows and equally as spacious front and back terraces, mostly located in areas not necessarily known for their creative or high-end housing. This, too, was a part of Karp’s vision.

“I designed my first building — 18 units — and every single unit had huge glass views from the front and back.” he said. “I remember when I started, I was speaking to the brokers and they said you can’t build this here, no one likes this. I pushed forward and people went nuts, they went crazy over it.”

Given Karp’s affinity toward reshaping neighborhoods, it should come as no surprise that he and Hello Living — a moniker that was designed as shorthand for “say hello to a new way of living” — are attracted to emerging markets. When asked about the sector, Karp’s response is unequivocal.

“That’s all that I want to do,” he said. “When people come to emerging markets, they buy and they build cheaply, but my mind works the exact opposite. Build good and people will come.”

Recently, Hello Living backed that very mentality by entering into contract to purchase a $55 million site in a designated Opportunity Zone located next to the Bronx in Inwood, the company’s first foray into Manhattan.

Hello Living hopes to build 272 residential units — 30 percent of them affordable housing — in addition to about 50,000 s/f of commercial retail space and is currently in the process of setting up an Opportunity Fund through which investors will be able to provide capital and reap the zone’s tax benefits on capital gains.

Among his other prior ventures, Karp has owned his own publishing company and in the early 2000’s embarked on a little-known investment to buy FCC licenses for cell towers. “I bought these licenses; 70 mile radius in Phoenix Arizona and one in New York,” he said. The idea, according to Karp, would be to buy the licenses and wait until they appreciated in value. So that’s what he did.

While others bought and sold their licenses after middling returns, Karp decided he would see his investment through to the end.

“I can’t let anything drop. I was convinced that this was going to be worth a lot of money,” he said.

A little more than five years later, Karp turned out to be right. The license he paid $5,000 for sold for about $85,000, by his estimation. The venture, he said, gave birth to a simple and maybe equally as valuable mentality. “You don’t fail until you give up,” he said.

Karp will be the first one to admit that building in emerging markets — or in general — is not a profession for the faint of heart.

Challenges, he said, are baked into the process, and no matter what stage you’re in, from beginner to expert, without the will to do the job right, success is not an option.

“What is the secret sauce? Passion for the job; the passion to do something the right way, not for the money, not for anything else. That’s what I love to do,” he said.