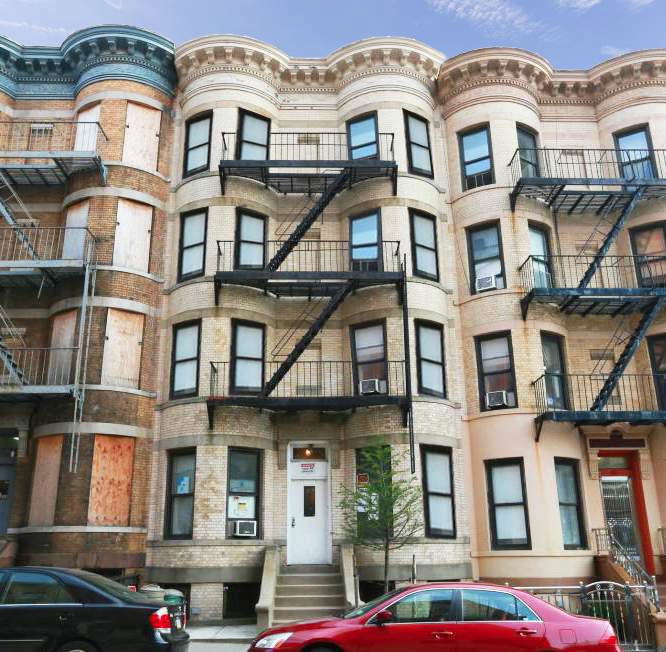 Angel Commercial announced that the former site of Joe’s American Bar & Grill Restaurant in Fairfield, CT, has sold for $3,905,000. Jon Angel represented both parties. The deal included the adjacent land at 42 Eliot Street, where Colonial Haircutters continues to operate. Collectively, the properties have 305 linear feet of frontage on the Post Road. The purchaser was 750 Associates, LLC, an out of state investor, who plans to offer the site for lease via a land lease or a build-to-suit opportunity. The site consists of approximately 2 acres of land in a DCD zone that permits greater density than the existing structure. The seller was SERRE Limited Liability Company who held the property for decades and elected to offer the premises for sale when the tenant chose to close its business.

•••
The Tri-State Investment Sales Group for Avison Young announced the sale of 19 First Avenue, a 3,213 s/f, three-unit building in the East Village, for $3.7 million. James Nelson, Brandon Polakoff, Alexandra Marolda and Jeremy Stenberg arranged the sale on behalf of ownership. The four-story building is comprised of two free-market units along with retail space on the first floor. It includes a duplex with landscaped roof deck on the top two levels and a one-bedroom unit on the second level. The 1,275 s/f retail unit is occupied by restaurant Lil Frankies. The asset is tax class 2A and the building has nearly 1,200 s/f of air rights.

•••
Friedman-Roth Realty Services announced the sale of a Brooklyn apartment building located at 340 14th Street (pictured top). Located in the Park Slope section, between 6th Avenue and 7th Avenue, the 8-unit building was constructed in 1931 and encompasses 6,856 s/f. The selling price for this off market transaction was $5,200,000. Gil Avni represented the seller while the purchaser was procured by George Niblock.

•••
Josh Lipton and Andrew Levine of Invictus Property Advisors just sold an office/retail condo in Chelsea at 227 10th Avenue between West 23rd Street and West 24th Street for $672,500 (or $611psf). Invictus Property Advisors represented the purchaser, who plans on renovating the space and using it as a real estate office. The space falls into use group 6 which permits a wide range of commercial uses.

•••
JLL Capital Markets announced the following sales:
• The $5.4 million sale of 203 West 80th Street, a 8,004 s/f multi-housing property located in the Central Park West Historic District on the Upper West Side. The five-story building is currently configured with 10 apartments, including four one-bedroom, four two-bedroom and two three-bedroom apartments. The ground-floor apartments have been combined with the cellar to create front and back duplexes and the 5th floor apartments have been combined with two 6th floor additions to create front and back penthouses with private roof terraces.
• The $4.5 million sale of 124 West 78th Street, a 5,630 s/f apartment house on the Upper West Side. Built in 1881 by architect Raphael Gaustavino, the property is a historic Moorish Revival rowhouse with a unique architectural façade. The five-story property has a three-story extension with penthouse additions and is currently configured with 10 apartments and a basement office space. Two of the apartments are rent stabilized, and the remaining eight are free market. The units are configured as two two-bedrooms, three one-bedrooms, including two duplexes with roof access, and five studios. 124 West 78th St. had been owned by the same group for over 50 years.

•••
Klosed Properties announced the following acquisitions:
• 940 Fulton Street in Clinton Hill, Brooklyn and 277 Nostrand Avenue in Bed-Stuy, Brooklyn at $1,200,000. 940 Fulton Street is a retail condo, with 950 s/f. The retail space is leased to Bed-Stuy Fish, a casual, southern-style seafood eatery. 277 Nostrand Avenue is also a retail condo, at 465 s/f. The retail space is leased to Cinnamon Girl, a chain-coffee shop and bakery across the Brooklyn area. Steven Kachanian worked alongside Jacob Namdar and Adam Hajibai.

•••
Ariel Property Advisors brokered the sale of two Bronx multifamily buildings at 425 Claremont Parkway and 756 Fox Street. The two assets sold for $5 million and $4.2 million, respectively.
• 425 Claremont Parkway is a 46-unit elevator building in Claremont. The property spans approximately 56,700 s/f across six stories and comprises a mix of five one-bedrooms, 17 two-bedrooms, 23 three-bedrooms and one four-bedroom, as well as an apartment for the superintendent. Victor Sozio, Daniel Mahfar, Jason Gold and Oliver Elihu represented the seller.
• 756 Fox Street, a four-unit, five-story walkup corner building in Woodstock, comprising 20,250 s/f across four studios, five one-bedrooms, 14 two-bedrooms, and one three-bedroom. The property was delivered vacant to the buyer. Victor Sozio, Matt Gillis, Jason Gold and John Higgins represented the seller.

•••
NAI James E. Hanson negotiated the sale of a 0.65-acre development site at 833-837 Franklin Avenue in Franklin Lakes, NJ. Anthony Cassano and Ken Lundberg represented the seller, William Vermeulen, and the buyer, Lenny Turi, in the transaction. Situated at the intersection of Interstate 287 and Route 4, the development site at 833-837 Franklin Avenue is zoned for a variety of uses including medical, bank and retail and can accommodate a 4,200 s/f two-floor building or a 2,800 s/ft single-story building. Turi plans to tap into deep demand for purpose-built healthcare-oriented spaces in the market to construct a medical office building.
•••